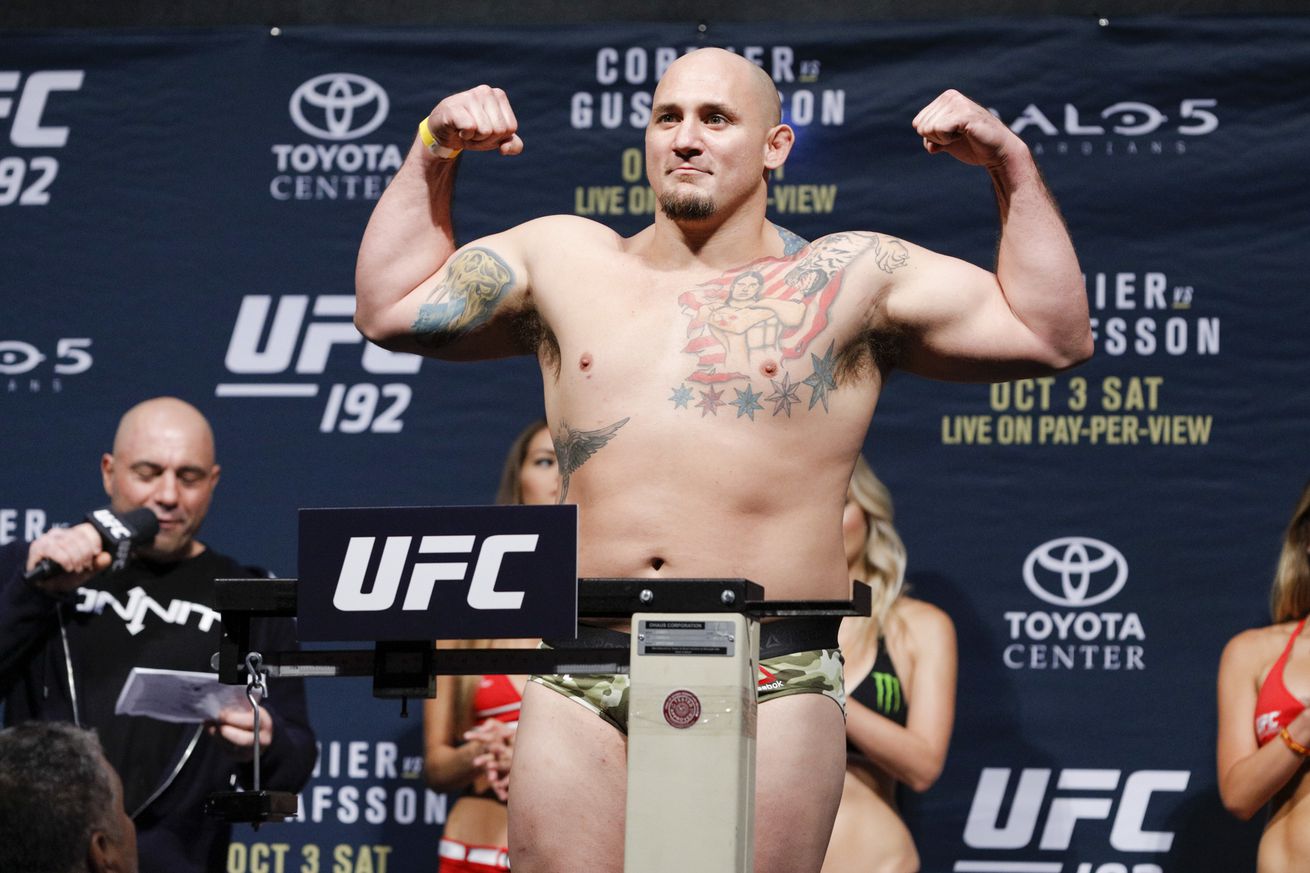 The signing of Jordan (18-7) is the more notable of the two. A 31-year-old former fullback for Louisiana State University’s 2003 championship team, Jordan spent the past four years fighting under the UFC banner, racking up a 6-4 record with three performance bonuses. All six of Jordan’s Octagon victories ended via knockout or TKO, including a memorable hook kick stoppage of top-15 ranked UFC contender Derrick Lewis.

After electing to fight out his UFC contract, Jordan rode a three-fight win streak into a pivotal bout against Ruslan Magomedov at UFC 192. The gamble did not pay off, as Jordan dropped an uneventful unanimous decision to the Russian. In January, Jordan told MMA Fighting that he was willing to walk away from the sport if he did not receive a contract offering to his liking.

Hood (9-3), meanwhile, is looking for a second shot with a major organization after his brief Bellator tenure ended strangely. The former defensive lineman was expected to make his Bellator debut last August at Bellator 141, but withdrew just hours before the contest after suffering a knee injury. Hood ultimately never fought for Bellator, and instead returned to the regional scene where he lost in November to Shelton Graves via second-round stoppage.

Still, Hood remains a viable prospect with proven finishing ability. The 27-year-old has finished all nine of his professional wins by first-round knockout or TKO.

“We are thrilled to welcome Shawn Jordan and Lorenzo Hood to our ever-growing roster of world-class athletes,” World Series of Fighting President Ray Sefo said in a statement, “and look forward to seeing both of them compete in our ….View full article