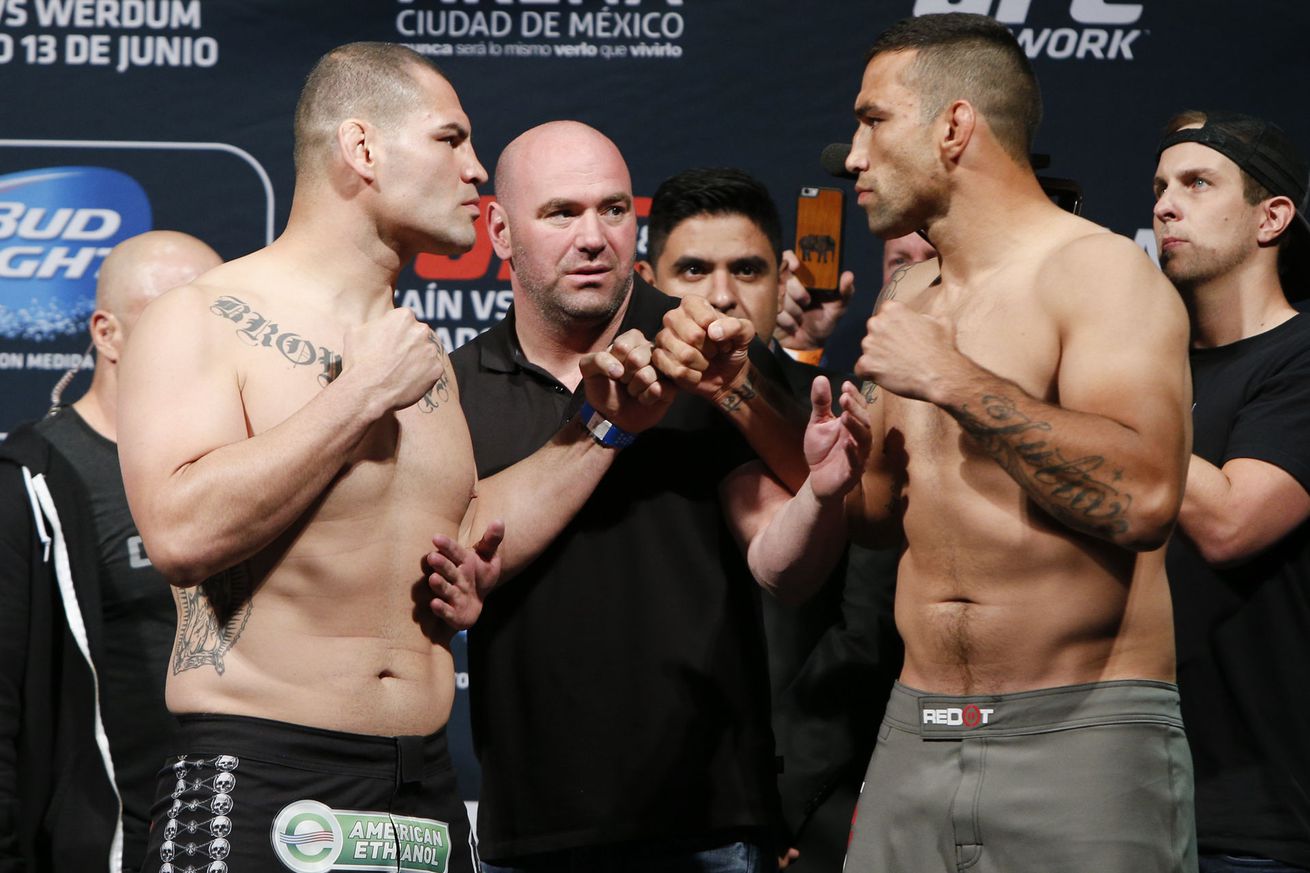 There won’t be a title on the line this time, but Fabricio Werdum and Cain Velasquez will meet again.

The long-discussed matchup of top heavyweight contenders at UFC 207 in Las Vegas on Dec. 30 has been made official, according to Yahoo Sports.

Werdum captured the heavyweight title from Velasquez at UFC 188 in Mexico City last year, via a third-round submission.

The duo were expected to rematch at UFC 196, but Velasquez had to pull out of the fight due to an injury. Werdum later went on to lose the title to Stipe Miocic via knockout at UFC 198.

Since then, both fighters have rebounded with victories over Travis Browne. Velasquez (14-2), the two-time former champion, steamrolled Browne for a first-round TKO at UFC 200 and earned a Performance of the Night bonus. Werdum (21-6-1), for his part, scored a unanimous decision over Browne at UFC 203.

UFC 207 will be headlined by Amanda Nunes vs. Ronda Rousey for the UFC women’s bantamweight title.