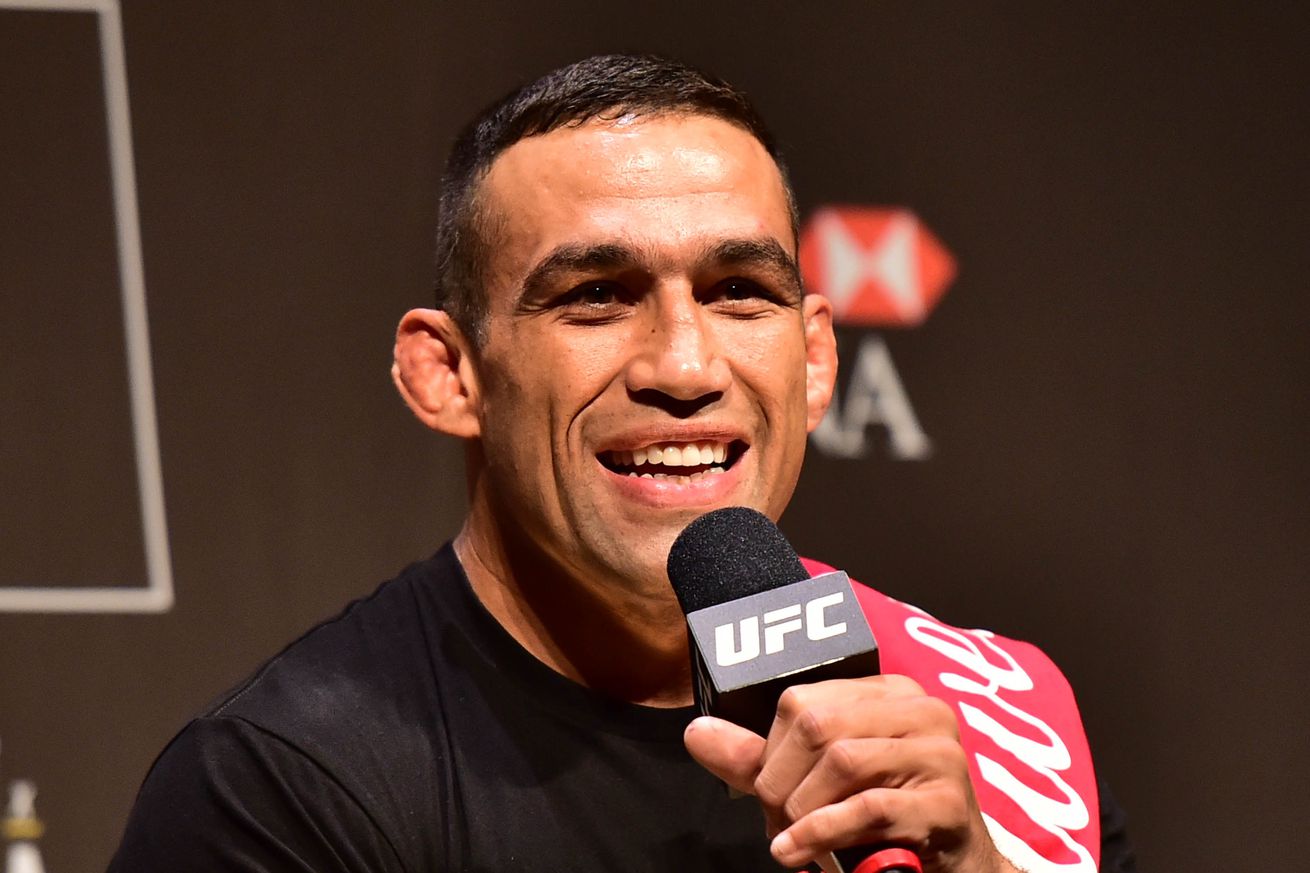 Luke Rockhold has been largely absent from the UFC news grind for months now as he slowly recovers from knee surgery. But he sure made some headlines yesterday, eschewing more conventional middleweight targets to call out heavyweight Fabricio Werdum instead.

“I think me and Werdum got some old beef from Strikeforce,” he said on UFC Tonight. “He’s a guy I’ve always wanted to fight. I’ve thought it through and I like the style matchup. Given what’s going on in the middleweight division right now, screw that, I’m coming to heavyweight. Let’s do this.”

Fabricio was all set to face Ben Rothwell on the UFC 211 card in Dallas, Texas … until Rothwell failed a drug test and got provisionally suspended by USADA. That leaves him without a dance partner for the May 13th card. So what does he say about a possible Rockhold fight?

“I only fight people, I don’t fight chickens,” Werdum told MMAFighting.com. “He’s just promoting himself because he knows nobody is talking about him. I’m one step away from the belt. Why would I fight a chicken?”

You’d think Werdum would jump on the chance to fight a much smaller opponent, especially one associated with a camp that he doesn’t get along with at all. But it seems like Werdum doesn’t like much of anything being offered to him these days, a Luke Rockhold fight included.