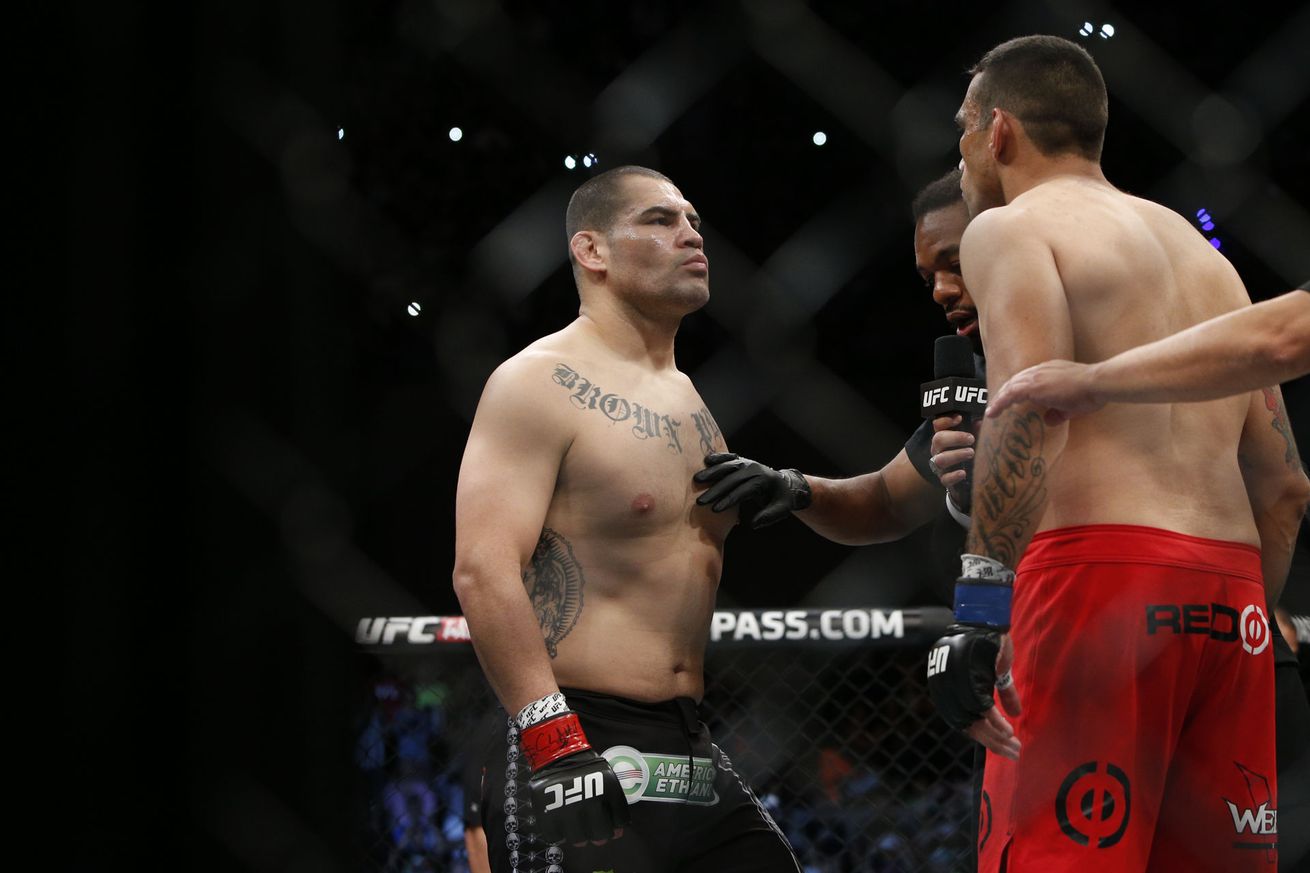 Werdum and Velasquez battled for the heavyweight championship back at UFC 188 in Mexico, and they have agreed to rematch at Las Vegas’ T-Mobile Arena on Dec. 30. MMA Fighting has confirmed the news with sources following a report by MMA Junkie.

Werdum (21-6-1), who won the first fight via a second-round submission to win the UFC belt, enters the fight coming off a unanimous decision victory over Travis Browne at UFC 203. Prior to this fight, the Brazilian lost his title to Stipe Miocic at UFC 198.

Velasquez (14-2) also faced Browne in his last fight, but didn’t need three rounds to win at UFC 200. Back in action for the first time since losing to “Vai Cavalo”, Velasquez demolished “Hapa” in Las Vegas, getting the stoppage with three seconds left in the opening round.