Home MMA News Fabricio Werdum wants to clear up Instagram joke with Dana White, hopes to get his job back with UFC network
ShareTweet 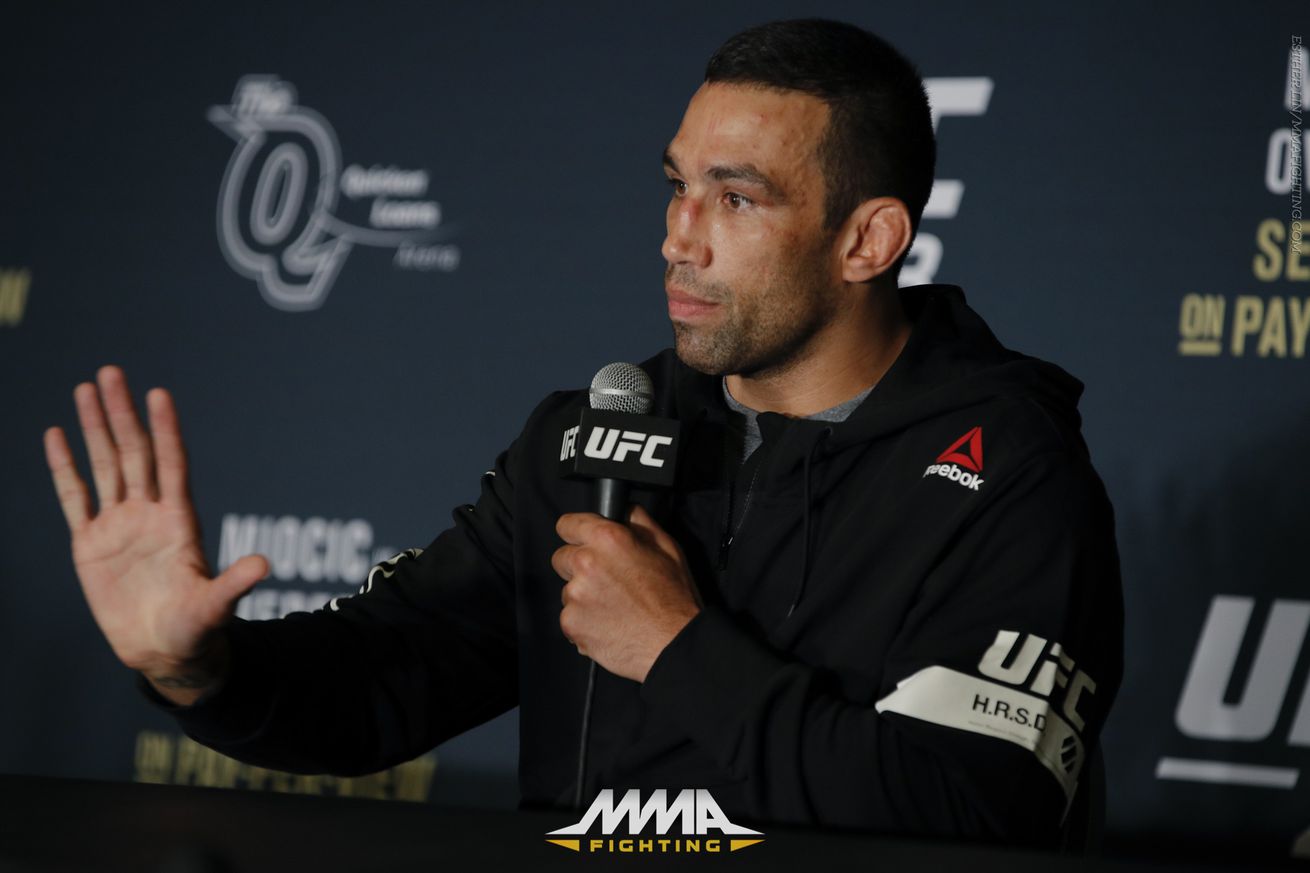 Fabricio Werdum wants his job back with UFC Network, and in order to do that, he’s going to talk Instagram with UFC president Dana White.

Last year, the former UFC heavyweight champion was removed from his analyst position at UFC Network, the UFC’s channel for Latin America, and his play-by-play commentator role for the Spanish UFC broadcasts. The removal of Werdum’s television duties came after the Brazilian posted to Instagram an image of himself wearing a Reebok kit with the Nike logo photoshopped on top along with the caption, “I’m not generic, I’m Nike since childhood! #suck #myballs #reebok.”

Originally, Werdum said the post was in protest to the UFC-Reebok partnership, which lowered his sponsorship income. Now, five months later, Werdum says the post was nothing more than a joke.

“You know me, I’m like Nate Diaz, maybe more,” Werdum told Ariel Helwani on a recent edition of The MMA Hour. “I joke a lot and I don’t think the UFC understands my joking. I have a lot of fans, and one made the thing where he took off the Reebok and put Nike and I just reposted it, just a repost. The UFC doesn’t understand it’s a joke, they don’t understand. I want to come back to my job at UFC network. I love it, it’s my passion. I have a lot of people asking me, ‘Hey, Werdum, when are you going to come back again?’ and I say, ‘I’m just waiting for the boss to say, ‘it’s okay, your time off is done now.’

“I have nothing bad with Reebok. Reebok is a very good sponsor of the UFC and I have a good relationship with the UFC, I’m with them UFC 100 percent, and I work a lot for the UFC. I go a lot to Latin America and I do a lot of events in Mexico, so I’m just waiting to come back again.”

Werdum is hoping to travel soon from his home in California to Las Vegas, Nev. to meet with White, as he hopes to clarify his Instagram posts and talk about the possibly of returning to work at UFC Network.

“I want to go maybe next week to Las Vegas to talk with Dana White about everything,” Werdum explained. “I have a lot of jokes in my Instagram and social media, I joke a lot, and Dana doesn’t understand me, maybe the joking is different in Brazil than in America. So I want to go there and talk to him, maybe joke with him and post too, you know.

“I’ve worked for the UFC a long time, and I’ve been an ambassador for Latin America, I’ve done a lot of good jobs in Mexico, work[ing] a lot for the Latin American fans. So I just want to go there, sit down, have a coffee, and be like, ‘hey, Dana, I’m 100 percent with the UFC, you know this.’ So yeah, just sit and talk is very important.”