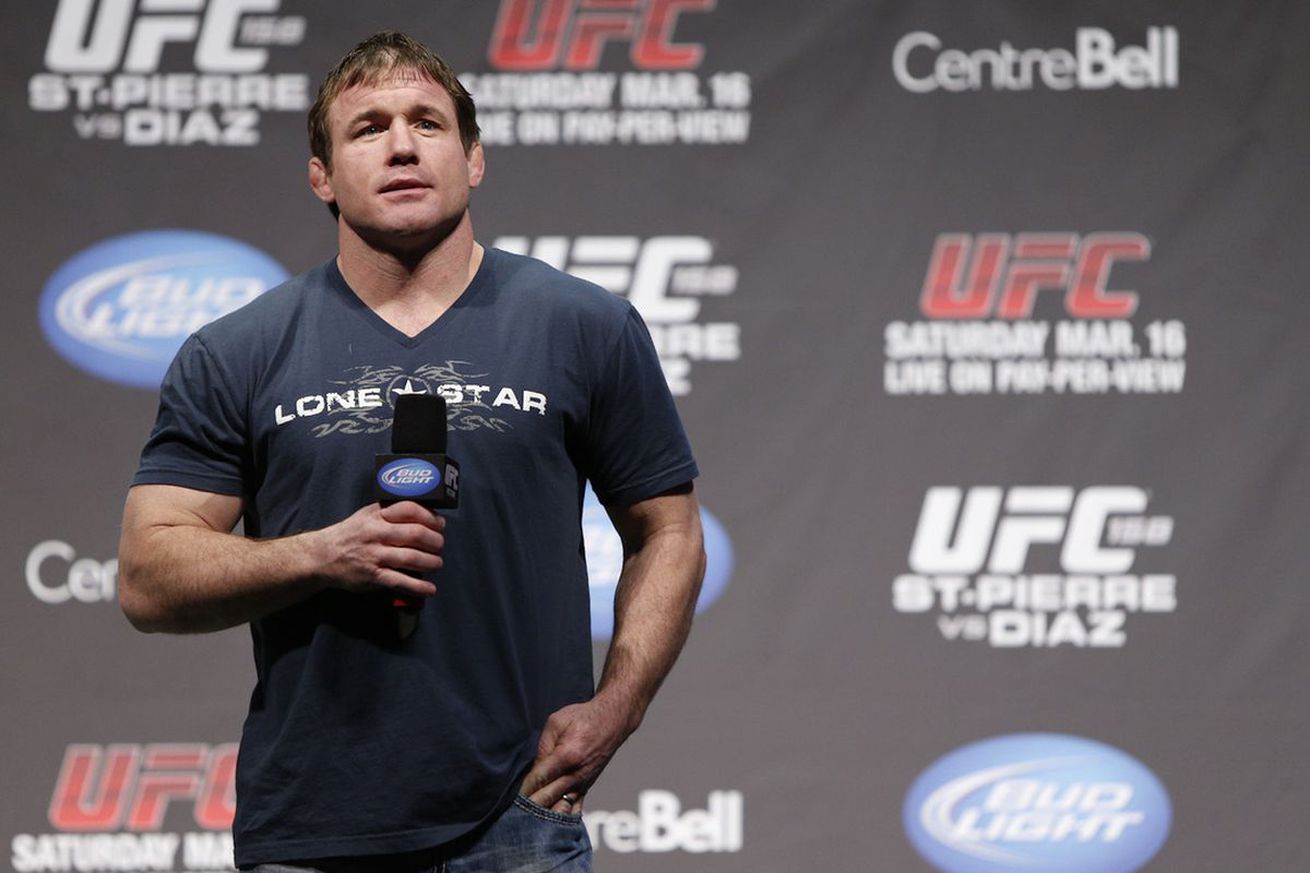 The family of Matt Hughes has issued a statement via Facebook regarding the former Ultimate Fighting Championship (UFC) Welterweight champion’s status after Matt was involved in a collision after his truck was struck on the passenger side by a moving train on Friday, June 16, 2017 in Raymond, Illinois.

According to his longtime manager Monte Cox, Hughes fell into a coma, but was somewhat responsive, as he was able to squeeze people’s hands. According to the family statement, Matt has yet to wake up, but he managed to get away from the injury with no broken bones or major internal injuries.

Our family is overwhelmed by the outpouring of love and support. Please understand that there are many false reports out there by people who say they are close to the family. We will post another update here when we have more news. Matt is stable and has no broken bones or internal injuries. He has some minor lacerations and bruising and is currently being weaned from his ventilator. He is not yet awake and not responding as we would like to see but we see the fight in him. Matts strength and determination along with God’s Mercy and Grace will bring him through this. We ask that you all continue to pray.

Per initial report, “Hughes approached a “railroad grade crossing marked with crossbucks” in a pickup truck. The truck crossed the tracks “directly in front of a train and the train struck the passenger side of the truck.” Hughes was subsequently airlifted to HSHS St. John’s Hospital in Springfield, Illinois.

The accident is currently under investigation.