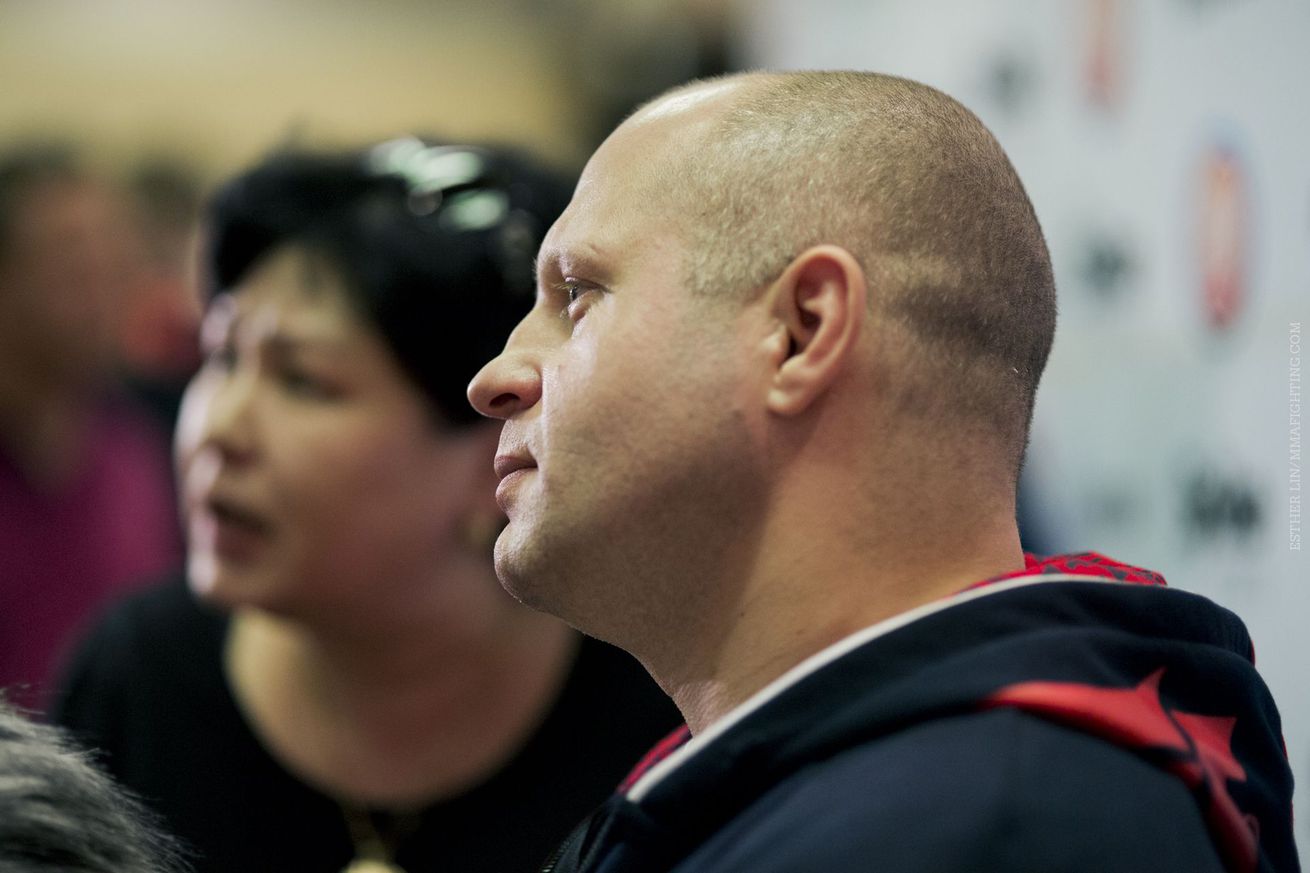 Fedor Emelianenko seems to think the UFC is giving Khabib Nurmagomedov the shaft.

The Russian MMA legend told Ariel Helwani on Monday’s edition of The MMA Hour that he is not sure if the promotion is giving his countryman a fair shake. Emelianenko questioned if the UFC would want Nurmagomedov as lightweight champion.

“He’s a candidate for a fight for a very long time, but he doesn’t have a chance at that fight,” Emelianenko said through an interpreter. “They wouldn’t like that opportunity for him.”

Nurmagomedov (24-0) will get to fight for a UFC lightweight belt — an interim title, though — against Tony Ferguson in the co-main event of UFC 209 on March 4 in Las Vegas. The undefeated Dagestani wrecking ball is 8-0 in the UFC and has dominated in most contests.

Nurmagomedov, 28, has not gotten a title shot up until this point despite that impressive résumé. However, a good amount of that is probably owed to a long history with injuries. Still, Emelianenko points at the UFC. Nurmagomedov was very much deserving of a chance at the title at UFC 205 back in November when he fought and beat Michael Johnson. “The Eagle” thought before that event he had a shot lined up, Conor McGregor, then the featherweight champion, got the chance against Eddie Alvarez instead.

“I think Khabib is a very good fighter and he has everything going for him to become champion with the UFC,” Emelianenko said. “Another thing to continue is whether the UFC wants that or not.”

Emelianenko, 40, himself will meet Matt Mitrione in the main event of Bellator 172 on Saturday night in San Jose, Calif. He had a chance to sign with the UFC when he was a free agent last year, but chose Bellator for a number of reasons. “The Last Emperor” said he could not come to an agreement on multiple things with the UFC, has a long relationship with Bellator president Scott Coker, and Bellator agreed to have some of his teammates and students compete for the promotion.

When asked why he thought Nurmagomedov was not getting the opportunities he deserves, Emelianenko said it was not clear to him, but theorized it had to do with “politics.”

“I don’t know,” Emelianenko said. “That’s just the politics in the UFC. For me, a lot of UFC actions are still a mystery.”