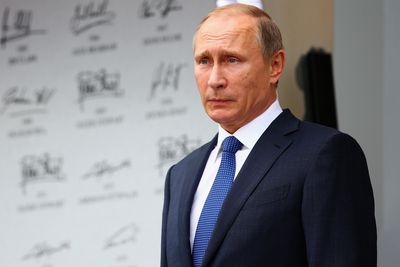 When former manager Vadim Finkelchtein told the mixed martial arts (MMA) media that he was concerned about Fedor Emelianenko, who now operates as a lone wolf and negotiates his own deals, I’m sure many fans thought it was a case of sour grapes.

After all, “The Last Emperor” signed a big-money deal without his old crew.

But now it seems that Finky isn’t the only one worried about Emelianenko’s return to combat sports, which takes place on New Year’s Eve in Japan, as Russian President Vladimir Putin also shared his thoughts on the health and safety of his 39-year-old broski.

Translated from Fedor’s interview with Rsport.ru:

“For me, it is very important to have the support of family, and only with the consent of relatives I returned. Of course, I had to persuade them. I consulted with different people about this. Some took it with great joy, others asked, ‘Why go back?’ They reacted differently, but basically, what I saw and heard supported my decision. I try not to think about [critics]. Still, I did not come back for them, not for the sake of avenging my defeats. Yes, [Putin and I] talked. He said he ….View original article