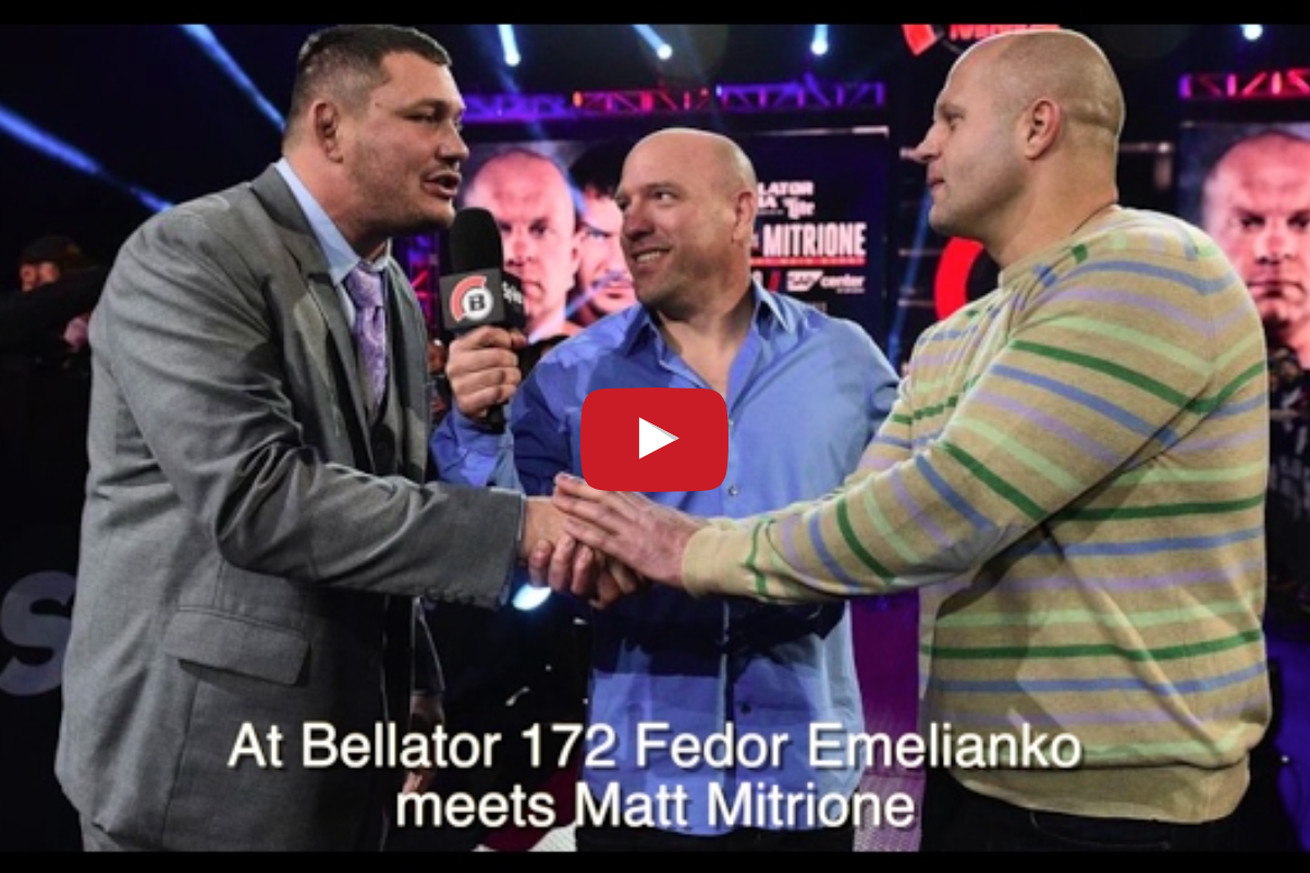 See his training and preparations here.

Emelianenko (36-4, 1 NC) is trying to erase the memories of his dubious decision win over Fabio Maldonado last year in Russia. It was his fifth straight victory but just his second since unretiring in 2015.

Joining gang at Spike TV reunites him with longtime broski Scott Coker, who partnered with “The Last Emperor” back in the Strikeforce days.

Mitrione (11-5) is 2-0 under the Bellator MMA banner since crossing over from the ranks of Ultimate Fighting Championship (UFC) in 2016, ending both contests by way of knockout.

Check out their fight video preview above, and to watch the Bellator 172 weigh in event later today from San Jose, click here.