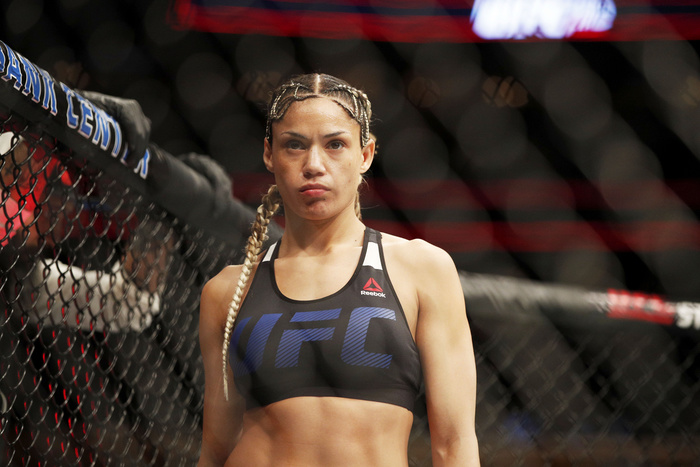 Last Friday, when reports surfaced that the New York State Athletic Commission briefly pulled UFC strawweight Pearl Gonzalez from her bout at UFC 210 because she had breast implants, it sounded ridiculous enough to be true: considering the fledgling commission’s history and the snafus to follow, yanking a fighter from a card at the last minute based on medical information presumably received much further in advance kept with its reputation. The commission ultimately cleared Gonzalez to fight Cynthia Calvillo after speaking with her physician, but language prohibiting fighters with breast implants is still on the books in New York.

This isn’t the first time we’ve heard of a jurisdiction barring fighters with breast implants for fear of rupturing a bag of saline or silicone: in 2013, we wrote about a similar measure put in place by the Louisiana athletic commission. But just how susceptible are breast implants to MMA-induced damage, and what does it really mean to rupture an implant? For answers, Fightland spoke with Dr. Alan Matarasso, a Manhattan-based cosmetic and plastic surgeon who’s spent 30 years in practice, and a spokesperson for the American Society of Plastic Surgeons.

Dr. Alan Matarasso: Breast implants clearly create some cause for concern in a sport where an impact to the chest is not going to be uncommon. I’ve operated on professional tennis players, I’ve operated on professional golfers, swimmers—I don’t really worry about them once they’re outside of the healing period. But in a sport that’s this physical, it does create some concern.

Any trauma to the chest area has that potential risk [of rupture]. You have to weigh that, like most things, against the likelihood of it happening.

I don’t know if you’ve ever seen an IV bag in a hospital—that’s what a saline implant is like. It’s that outer plastic shell, and saline has water in it much like an IV bag would. A silicone implant has that same outer shell, but the inside is filled with a jelly-type material. They come in different cohesive strengths—in other words, if you start with silicone looking like jelly, there are some jellies that are thicker than others.

You can take [a breast implant] and throw it on the ground with a lot of force from a standing position and it won’t break. But the strength of a kick or a knee to the chest is pretty significant—it’s much more significant than a punch to the chest. I haven’t spoken to anyone on the state boxing commission, but there are a couple of concerns, and the trauma of the physical act can create a cascade of events from as simple as “not very much” to bleeding within the cavity where the implant sits, all the way to a rupture.

The plastic surgeon places the implant underneath the skin, underneath the breast, and underneath the pectoralis muscle—if you put your hands on your ribcage and you push in, you’ll see the outline of the pectoralis. A cavity forms around anything that’s put in the body: the surgeon creates a pocket wider than the palm of your hand, puts the implant in, and a couple of days later the body starts to form a protein layer around the implant. That protein layer is referred to as a capsule—some people will call it scar tissue. Trauma to that area can cause something as simple as a few broken blood vessels, all the way to breaking that capsule of natural scar tissue that surrounds all implants. Now, here’s where it gets interesting: if there’s enough trauma, the implant itself can break.

A certain percentage of people over the course of having a breast implant will have it rupture or break or wear down—it’s almost like wearing the same pants for the rest of your life and the cotton in between your leg rubs and thins out. When the implant is underneath the chest of a regular person walking down the street, it creates folds that can rub on the implant. In a small percentage of people implants break, and that’s really why they break: they rub and they wear out. 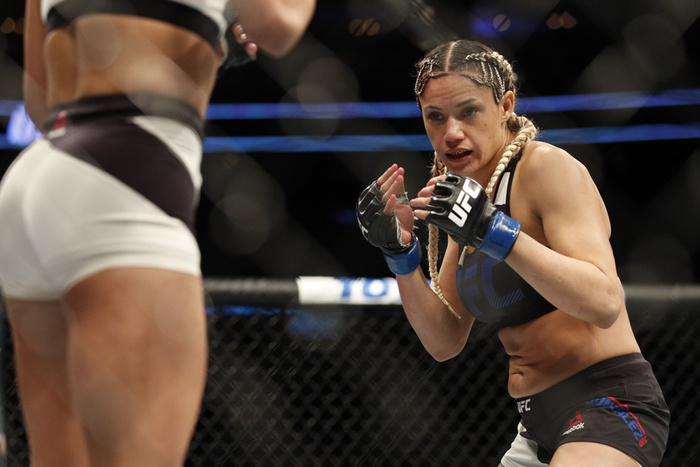 Now, let’s go to mixed martial arts. The force of the activity can first create a little something like bleeding. It can cause the capsule—that scar tissue around the implant—to break. Then if you get the next degree, which is the implant itself breaking, you can create a situation where you have extra-capsular silicone, and that creates a little more of a problem for the patient and the surgeon. While they’re both susceptible to trauma, the consequences of a saline implant rupture are much different than silicone, and when that happens we worry more about silicone.

If the silicone stays within the shell of scar tissue, it’s called an intra-capsular rupture. It’s almost like it’s within an eggshell: it stays put. Extra-capsular means if the shell cracked and the contents got out. When you go in there to clean out the silicone and it’s within the capsule, it’s much more straightforward—it almost sucks right out. When the capsule is broken, it starts to get into the surrounding tissue.

This is hypothetical: a woman calls me from somewhere outside of New York, she’s on vacation, and says that all of the sudden her right breast has gone flat. I know right away that that’s a saline implant: when there’s a rupture, it opens like a water balloon. With a silicone implant, they almost don’t know when there’s a rupture because it’s a jelly, and if it stays within the capsule the breast looks and feels pretty much the same. It’s not until they go for their mammogram and the X-ray shows a rupture. With a saline implant, the event is noted immediately. With silicone, it’s not.

The question I don’t think the athletic commission addressed: should we be banning all [fighters with] breast implants, or should we be banning just silicone? Whether it’s a fighter or Mrs. Jones on the street, saline is water—we don’t like it if a saline implant breaks or ruptures, but you go in there, remove the IV-bag-like pocket, put a new one in, and the water gets absorbed into the body. With silicone, you have to take out every droplet of that jelly-type material. If that jelly material is extra-capsular, then it becomes even more of an issue to remove.

Invariably, we can never be 100 percent certain [what caused a rupture] unless, say, a person gets kicked, they went for a mammogram the day before, and then went for one the day after—then we know that’s what did it. [Fightland: “Along with the CT scan, EKG, and other medical tests a fighter goes through for licensing, would it make sense to include pre- and post-fight mammograms for a fighter with breast implants?”] That’s a great idea.

This is speculation, but theoretically, the larger the implant or the smaller the existing breast, the more susceptible [it would be to rupture]. If the fighter were to wear padding up top or if they had more natural breast tissue and a smaller implant, it might cushion some impact.

Breast implants are the number one cosmetic surgery procedure—forget fighters, it’s just a ubiquitous operation. And they have a very strong, long safety record. But I think if people are going to get into extreme, physical activities, it’s worth a conversation with your doctor at minimum. Whether or not this falls under a state regulation, it’s worth a conversation because it’s an extremely common operation that has a risk that liposuction doesn’t have.