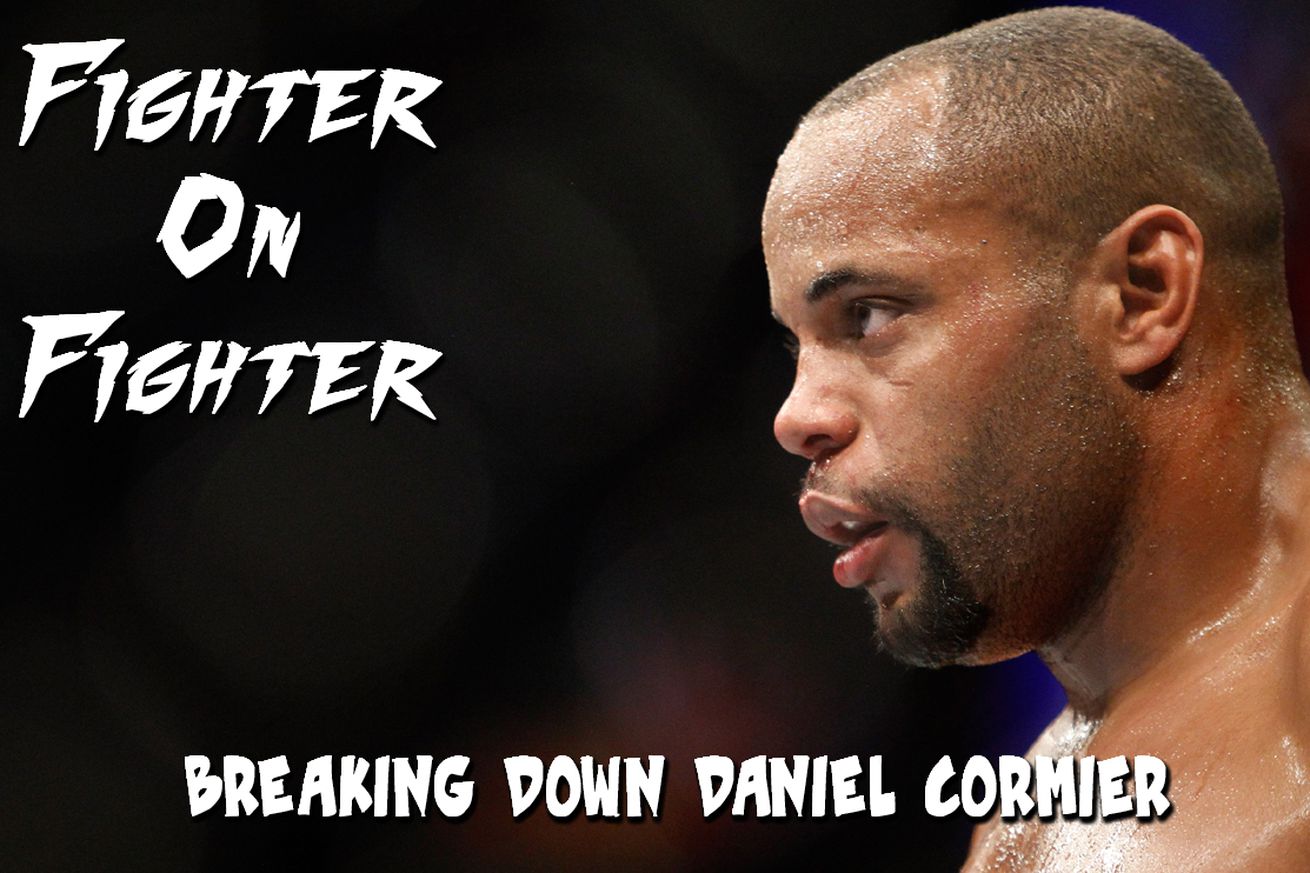 Originally, Cormier had an opportunity to avenge the only loss of his entire career to Jon Jones, but his opponent’s failure to pass a drug test came back to bite him.

While that may be a terrible turn of events for the average fight fan, this is still a tremendous match up. More than that, Cormier’s combat sports career has been remarkably successful. As a UFC champion, Strikeforce Grand Prix winner, and Olympian, “DC” has achieved a ton and is worthy of this high-profile slot on his own.

Cormier is a ruggedly effective striker. He may occasionally lunge into his punches or look a bit awkward with his movements, but Cormier is tough enough and hits hard enough to scrap with the best the 205-pound division has to offer.

Much of the time Cormier is punching, he’s leaning past his lead foot a bit into the strike. From a defensive stand point, that’s risky, and it’s a habit that has walked him into counter punches and kicks/knees to the mid-section. However, it also helps him close the distance to the clinch or transition into a takedown.

Once that’s happened, Cormier normally takes control of the bout, so it’s worth the risk.

This style of punching really relies on Cormier’s ability to read his opponent. If his hands are ….View full article