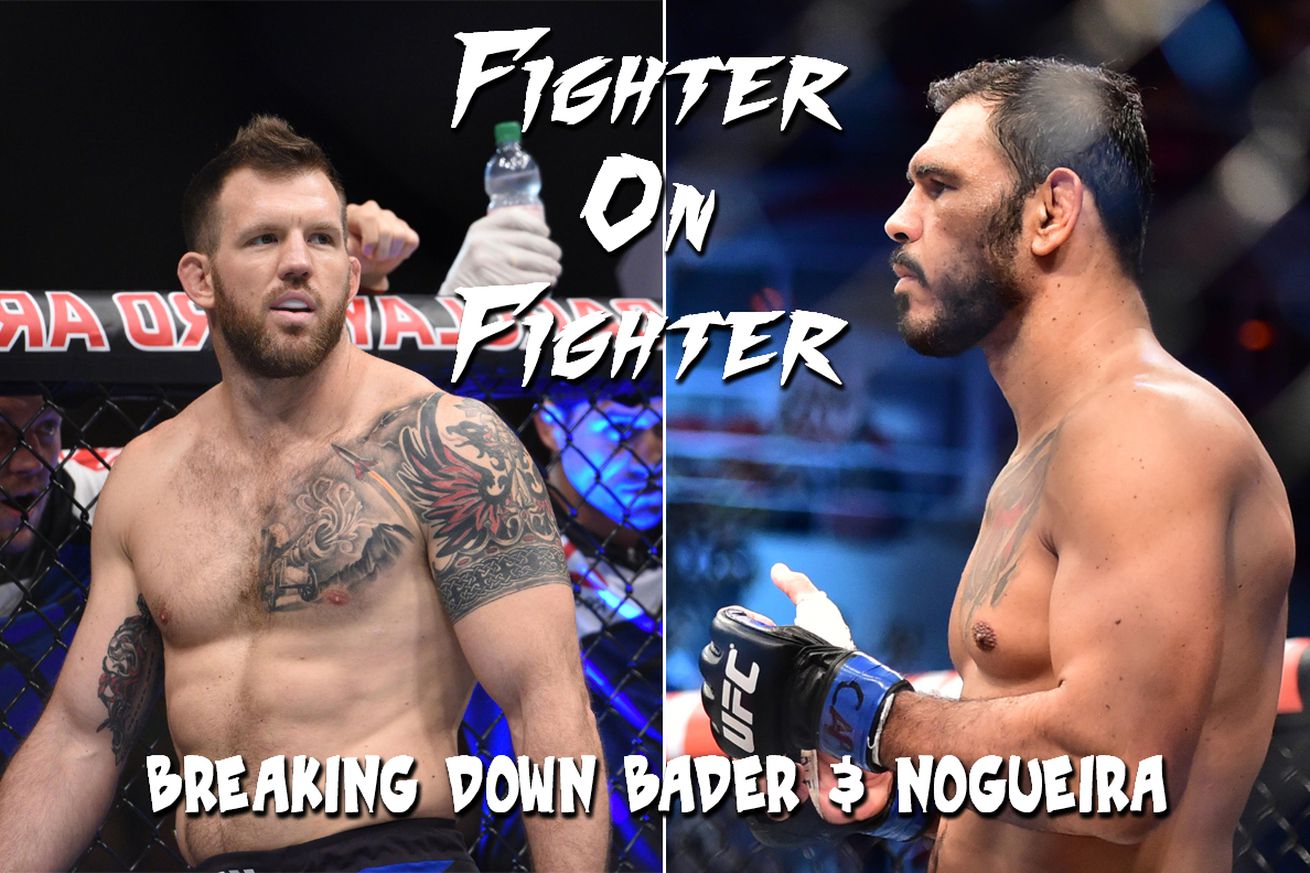 Coming off an excellent knockout win over Ilir Latifi, Bader’s best performances in his entire career have come in the last several years. He’s better than ever, but Bader is still grinding toward his goal of an eventual title shot. Meanwhile, Nogueira bounced back from a pair of losses in a big way earlier this year, knocking out Patrick Cummins. Even at 40 years old, Nogueira is worthy of his Top 10 spot and has proven that there’s something left in the tank.

Let’s take a closer look at the skill sets of both men:

Of the two men, Nogueira is more well-known for his stand up attack. Nogueira actually represented Brazil in the Pan American games years ago in boxing, and it’s still the main part of his striking.

Working from the Southpaw jab, Nogueira has a surprisingly effective jab. That’s not often a standard tool for lefties, but Nogueira does a nice job of occupying his opponent’s lead hand before sneaking in a jab. Against Rashad Evans, this was a major part of his game plan (GIF). Obviously, the left hand is a big weapon. The Brazilian commonly follows up his jab with a cross, and it’s perhaps his most powerful punch. On one important note, Nogueira does a nice job of slipping as he throws the left, which ….View full article