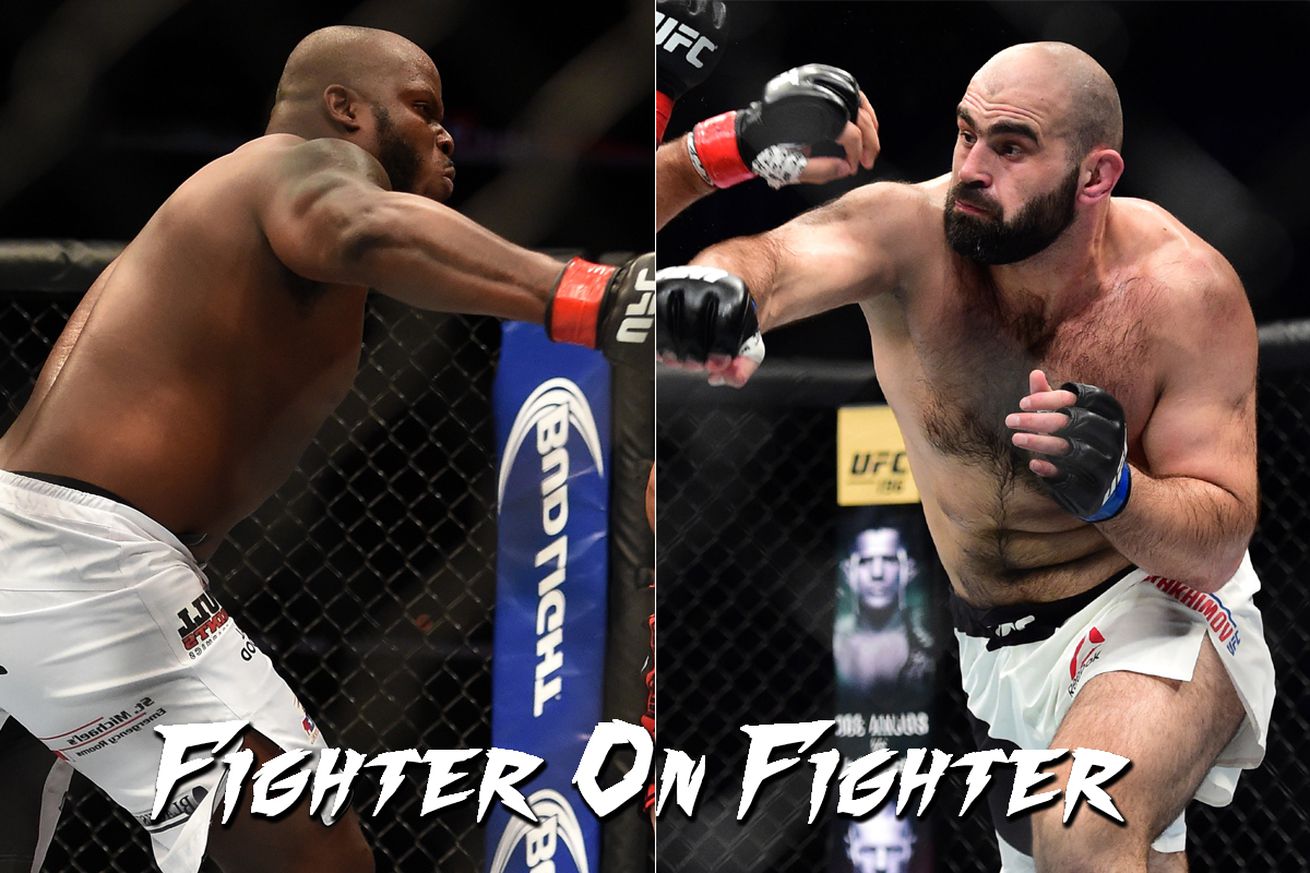 Lewis a physical “Beast” with a ton of power in both hands. His technical game is developing still, but Lewis has already made an impact on the division and climbed into the Top 15 on the strength of a four-fight win streak. On the other hand, Abdurakhimov is a newer addition to UFC’s roster, but his last two performances have been impressive. “Abrek” is a sound technical kickboxer with above-average takedown defense, even if he doesn’t have the world-altering power of his opponent.

Let’s take a closer look at the skills of both men:

Lewis began his journey into combat sports as a boxer. With 14 knockout wins to his credit, Lewis’ hands have proven to be quite dangerous, and he’s able to mix it up quite a bit.

On the whole, Lewis is one of those fighters who combines the solid basics of a martial arts background with surprising athleticism. On the feet, that means he pushes forward in a good stance and can throw technical punches and combinations. On the offensive, he’s able to string together powerful crosses and hooks, which makes him rather dangerous (GIF).

One of Lewis’ best surprises is his ability to mix a random high kick into this attack. It’s a little iffy as to whether he’ll actually set it up with punches, but that doesn’t really matter. When the 260-pound “Black Beast” slams his whole leg into his foe, it makes an impact.

Finally, Lewis can definitely hold his own in a brawl. If things get ugly, Lewis can bite down on his mouth piece and trade hard shots. Even when tired, Lewis is able to generate a ton of power (GIF).

While Lewis is a powerful man who relies on basic combinations to batter his foe, Abdurakhimov has a rather different approach. Despite the seven knockout wins to his credit, Abdurakhimov is volume-focused kickboxer with the credentials to back up his style. An International Master of Sports in Kickboxing and five-time Sanshou champion, Abdurakhimov is an interesting Heavyweight combatant.

Abdurakhimov prioritizes speed above all else. His hands are quite fast for a Heavyweight, and that allows him to get off tight combinations before his opponent can respond. Abdurakhimov does his best work at the edge of the boxing range. He does a nice job of sticking out sharp jabs and crosses, stabbing at his opponent from far away. Before long, however, Abdurakhimov will follow up with extended combinations.

After landing his initial blow, Abdurakhimov likes to duck in closer. Out of his level change, Abdurakhimov will often come up with a left hook or uppercut. He’ll even double up on his right hand, which is an effective distance-closing technique.

Abdurakhimov makes great use of the inside low kick. He’ll throw it from the edge of range as a singular weapon, but he’ll also mix it into his combinations. He’s a large man to absorb a low kick from, so the blow can knock his opponent off-balance and create openings for follow up shots.

Because of his ducking style, Abdurakhimov ends up in the clinch reasonably often. From that area, he’s very active with uppercuts and body shots. That type of exchange is rather tiring, and it allows Abdurakhimov to build upon his usual conditioning advantage.

Of the two athletes, Lewis is far more likely to look for a takedown. That seems odd hearing most descriptions of the knockout artist, but most of his UFC finishes actually came via securing top position and brutalizing his opponent with ground strikes.

Lewis gains top position in several situations. On occasion, he’ll look to catch a kick or dive into a takedown and throw his opponent around. Most commonly, he reverses his opponent’s takedown attempts. Few men with wrestling backgrounds are willing to stand and trade with “Black Beast,” meaning they try to immediately drop for takedowns.

Often, Lewis is unable to defend the initial takedowns. His sprawl and clinch defense aren’t bad, but determined wrestlers generally manage to drag him down to the mat. However, Lewis has proven to be very good at scrambling up to his feet — the powerful Heavyweight simply forces his way up — and that exhausts his foe.

Shooting for takedowns only to have an opponent stand back up is exhausting. Before long, Lewis is easily able to deny takedowns. Once that happens, his opponent is in a terrible spot. Due to fatigue, he can no longer easily land takedowns and standing with Lewis while gassed is a recipe for getting flattened.

When that happens, Lewis will sprawl, dig for an underhook, and push his opponent to their back. Once on top, Lewis is absolutely devastating. He dives into guard with huge punches, will stack his opponent to strike, and has passed into mount in order to finish as well. It’s the absolute worst position to be in opposite the Texan.

As for Abdurakhimov, he’s not much of an offensive wrestler. His habit of ducking in often allows him an entrance to the takedown, but he uses that more to clinch and defend from strikes than actually land the shot. Defensively, Abdurakhimov showed a lot of improvement from his first UFC bout. In that fight, Timothy Johnson overpowered him to the mat and then quickly landed a finish.

Since then, Abdurakhimov squared off with another large wrestler in Anthony Hamilton. In that bout, Abdurakhimov’s quick punches and footwork allowed him to consistently avoid the takedown. Plus, his style of striking keeps his head low, which is good position to prevent the shot.

Derrick Lewis doesn’t submit people — he beats the crap out of them. On the other hand, Abdurakhimov does have four submission wins to his credit and has won the Abu Dhabi Combat Club (ADCC) European trials. While he hasn’t yet displayed this part of his game inside the Octagon, Abdurakhimov will hunt for his opponent’s arms.

Like many Heavyweights, Abdurakhimov’s submission game is based around top position. Once advancing past his opponent’s guard and into side control, he’ll hunt for shoulder locks like the Kimura and Americana, and those moves can transition into the arm bar as well.

This is a smart style of jiu-jitsu for big men like Abdurakhimov. Once in top position, there are immensely difficult to move around, so there’s no need to risk ending up on the bottom. Instead, Abdurakhimov works for more conservative submissions while smothering his foe and tiring him out.

Lewis has a ton of hype behind him, but he’s never really showed excellent striking against a technical kickboxer. Meanwhile, Abdurakhimov is flying under the radar and has some definite skills, but his opponent has a huge athleticism edge. It’s an intriguing clash of styles, and the winner will continue climbing the Heavyweight ladder.