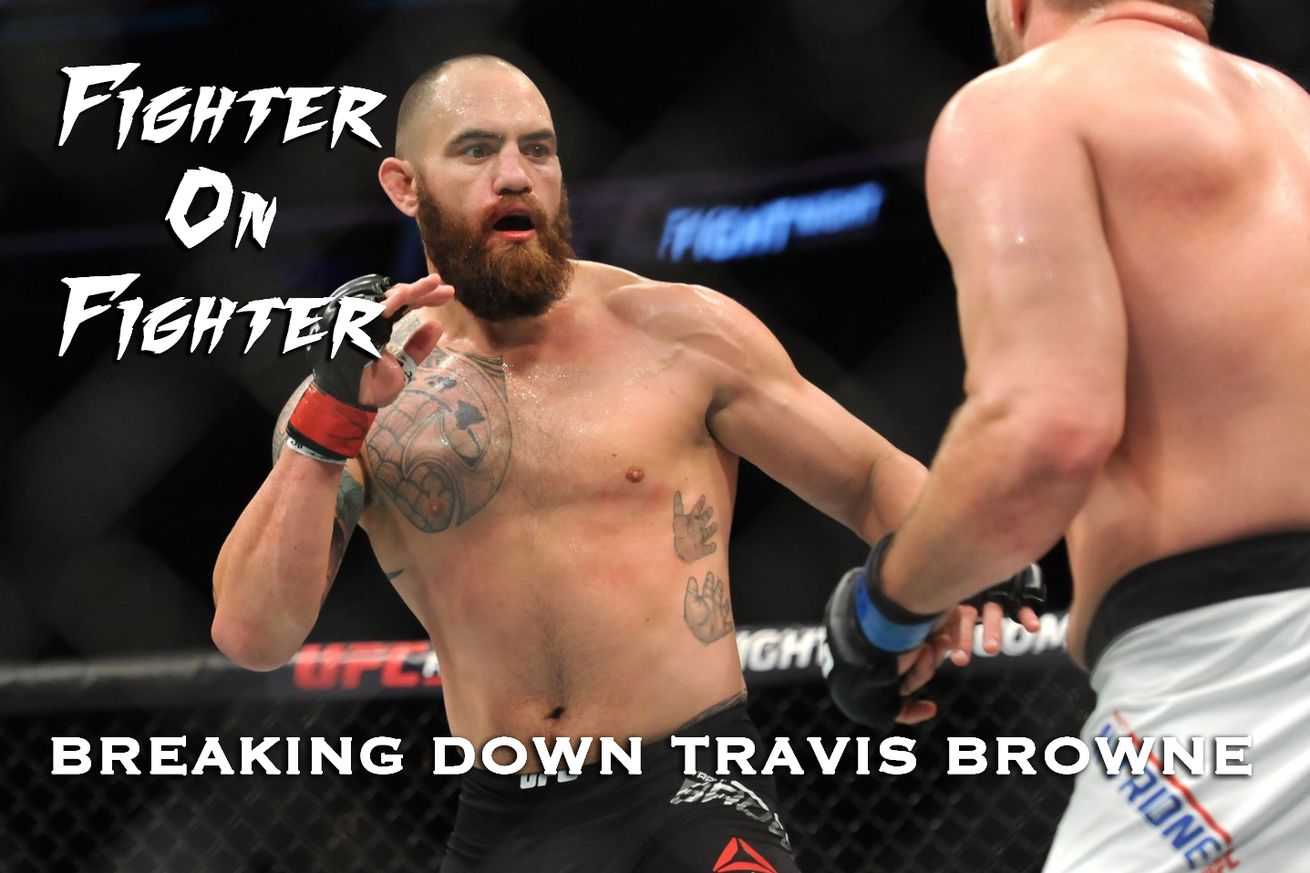 At one point a few years ago, Browne was a 16-1-1 future title contender with wins over top fighters and former champions. Since then, however, Browne has somewhat fallen apart, losing four of six bouts and slipping down the rankings a bit. Still, all four of the men that beat Browne were former champions. This is a definite step back in competition, meaning Browne should have the chance to remind fight fans why he was once so highly viewed.

While a part of the reason Browne has come up short recently is the tougher opposition, it’s also because he’s undergone a change. Browne began his mixed martial arts (MMA) career as an athletic specimen, relying on his instincts and doing what came natural to the physically gifted Hawaiian.

Seeing as he won 10 straight fights in his first two years as a professional, it’s safe to say that worked pretty well. The coaches of Team Jackson-Winkeljohn played to Browne’s strengths, helping him add some technique to his game while allowing Browne to remain a unique athlete.

Thanks to his athleticism and those expert coaches, Browne developed a style relying on movement and speed that capitalized on his lanky frame and huge power. It was never an ultra technical style, but it didn’t have to be, as Browne was unpredictable and dangerous.

In the past, Browne would bounce and circle and pivot freely, occasionally jumping into big punches and slamming home hard kicks from distance in the meantime. He never fully utilized his length, but Browne did make some use of it to do big damage and finish most of his opponents. Take, for example, his finish of Stefan Struve. That Superman punch may not have been well set up, but it still landed perfectly and knocked Struve the fuck out (GIF).

Under the tutelage of Edmond Tarverdyan, Browne has become a much more conventional boxer. On paper, that may not sound like such a bad thing. Surely that adding strong boxing fundamentals into an excellent athlete’s game would only prove beneficial?

Gone are the wild movement and unpredictable strikes that created a dangerous knockout artist. Instead, Browne is an excellent athlete jammed into the mold of a technical boxer, even though he’s only really been working on this style of boxing for about two years, and that’s not even considering the fact that Tarverdyan is unproven at best.

So after two years of working to be a technical, lanky boxer, Browne is a flat-footed jabber. While Browne does a better job of striking from the ideal range — at the end of his long jab — he’s much more hittable, as movement is the first form of defense. When comparing his two fights with Fabricio Werdum, the difference is noticeable. In the original fight, Werdum found most of his success with kicks, catching the moving Browne at the end of combinations with long body kicks and breaking him down over time.

A few months back, a much slower version of Werdum had far less difficulty blasting Browne with his right hand a half dozen times within the first five minutes.

With this new style of boxing, Browne does set up counter punches as well. His jab is still fairly ineffective, but Browne can kick like a horse. Opposite Matt Mitrione — admittedly blinded by a few eye pokes as well — Browne did an excellent job of jamming his opponent’s entries with a hard snap kick up the middle (GIF), as well as an intercepting knee. Alongside Browne’s regular round house kicks, these strikes kept Mitrione too far away to engage without charging.

When Mitrione did charge, he was able to land too often for comfort, but he also ate hard counter punches. Browne is now much better at taking a step back and firing his right hand. Opposite Brendan Schaub, it was a counter uppercut that ended the podcast host’s night (GIF).

There’s always a chance that Browne is able to really put it all together under Tarverdyan and shine. As of Sept. 2016, however, Browne is too passive and flat-footed to work the jab and counter game he’s playing against top opponents.

Despite all the above negativity, Browne has always been a really solid wrestler. He’s very difficult to take down, and Browne generally finds success when going on the offensive.

In his bout with Mitrione, Browne twice used a slick foot sweep from the clinch to great effect. The first time, Browne was controlling an overhook with good head position before turning Mitrione into the trip. He used the same trip from the double-collar tie in the next round, knockout Mitrione off-balance and allowing Browne to secure the body lock from the back.

From there, it was easy to lift and drop Mitrione on his skull.

The clinch has long been a strong position for Browne. Aside from breaking his foe’s posture and landing knees, Browne will transition into the body lock and simply overpower his opponents (GIF).

Defensively, Browne has a solid sprawl and great balance, more than enough to deny Heavyweight takedown attempts from just about anyone other than Cain Velasquez. Additionally, Browne can turn his takedown defense into an offensive opportunity, which is the technique I analyzed in this week’s video highlight.

Browne did not begin training martial arts until later in life, but he began in jiu-jitsu. A purple belt, Browne’s fights rarely end up on the mat, but he’s performed well when there.

Browne does very strong work from top position. He keeps heavy hip pressure and passes the guard well, feeding his opponents elbows all the while. When able to work into dominant spots, Browne has little trouble controlling and finishing his opponents, as seen in bouts with Mitrione and Schaub.

In Browne’s sole submission victory inside the Octagon, he choked out Chad Griggs via arm-triangle choke. As Griggs attempted to turn away from mount, Browne remained stuck tight to him prevented the roll, trapping Griggs in a bad position. From there, Browne dropped his level to isolate the head and arm before moving to side control, finishing the choke (GIF).

This is really a must-win bout for Browne. He’s facing a very solid athlete in Lewis, but Browne has never lost a fight because a foe was more athletic than him. In short, Browne holds several advantages over Lewis — from a technical grappling edge to durability — that a loss here shows just how far Browne has fallen.