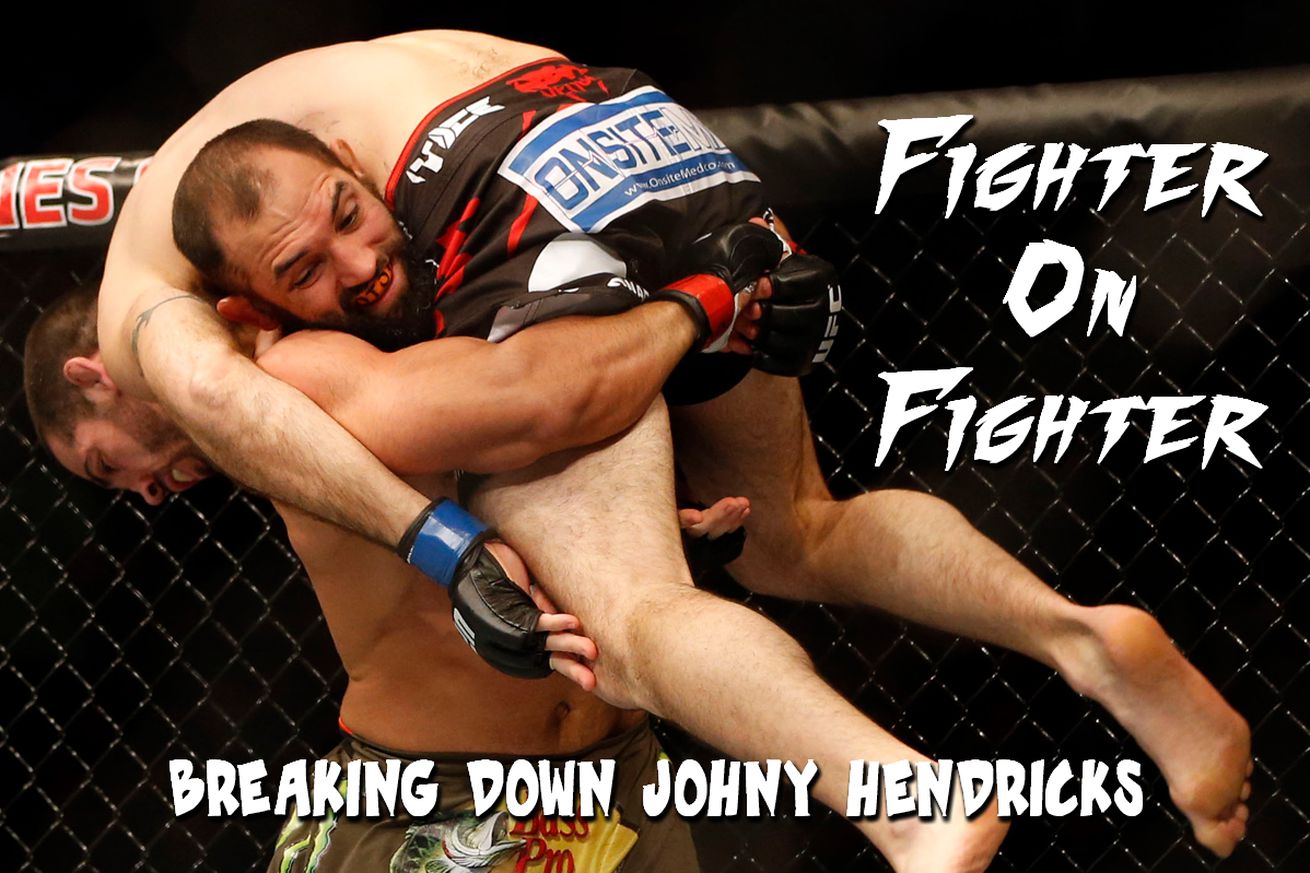 It’s been a little less than one year since Hendricks last fought. Though he undoubtedly deserves his position near the top of the division, Hendricks has made headlines more often with his weight struggles rather than his fighting ability.

Nevertheless, Hendricks has an opportunity here to put that rough patch behind him. In this bout, Hendricks needs to remind the world of his past dominance and illustrate that he’s still a top-level Welterweight.

Early on, Hendricks either relied on his powerful left hand or his forceful takedowns. Since ascending to the highest level of the sport, Hendricks has blended his wrestling and boxing together far better, relying now on close range combinations to work over his opponents.

One of Hendricks’ most important abilities — the one that very nearly dethroned Georges St-Pierre — is his ability to shutdown the jab of an Orthodox opponent with his lead hand. After using his right hand to deflect and parry jabs, Hendricks will suddenly close the gap with his long left hand. The overhand is not what one normally thinks of when talking about distance weapons, but Hendricks really does cover major distance with the strike.

In fact, each of Hendricks’ one punch knockout wins comes from outside the boxing range. By stepping deep into ….View full article