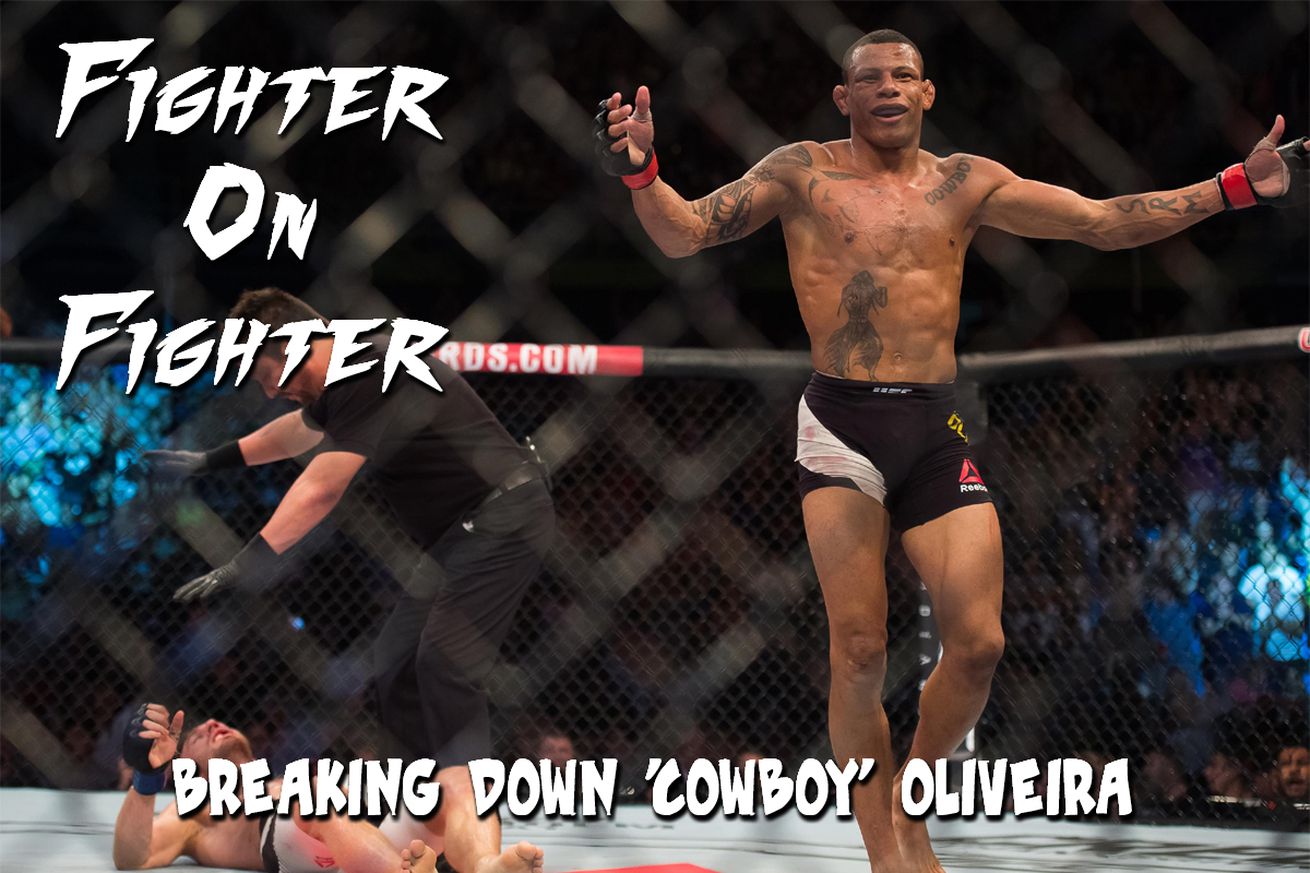 Oliveira has been in UFC for less than one year, but he’s already proven himself a game and talented fighter. This is just his fifth fight inside the Octagon, and all but one of those have been on short-notice.

Here, it can all pay off, as this is a major step up in exposure for the Brazilian. If he manages to defeat Cerrone — whose ranked very highly in Oliveira’s home weight class of 155 pounds — he’ll suddenly have a great deal of momentum behind him.

Oliveira is a terrifying mix of length, power, and speed. He’s far from the most technical fighter, but trading with Oliveira is a very dangerous proposition that will end poorly for most men at Lightweight OR Welterweight.

Essentially, Oliveira relies on his excellent athleticism for just about all of his movements. It’s a testament to that athleticism that Oliveira is a UFC fighter — and a successful one at that — after just five years of training MMA.

However, that inexperience also leads Oliveira to do some strange things and leave openings. For example, Oliveira loves the rear uppercut, which is a great tool for a tall fighter. However, he very commonly lunges in from a long distance and leads with his right uppercut without even feinting ….View full article