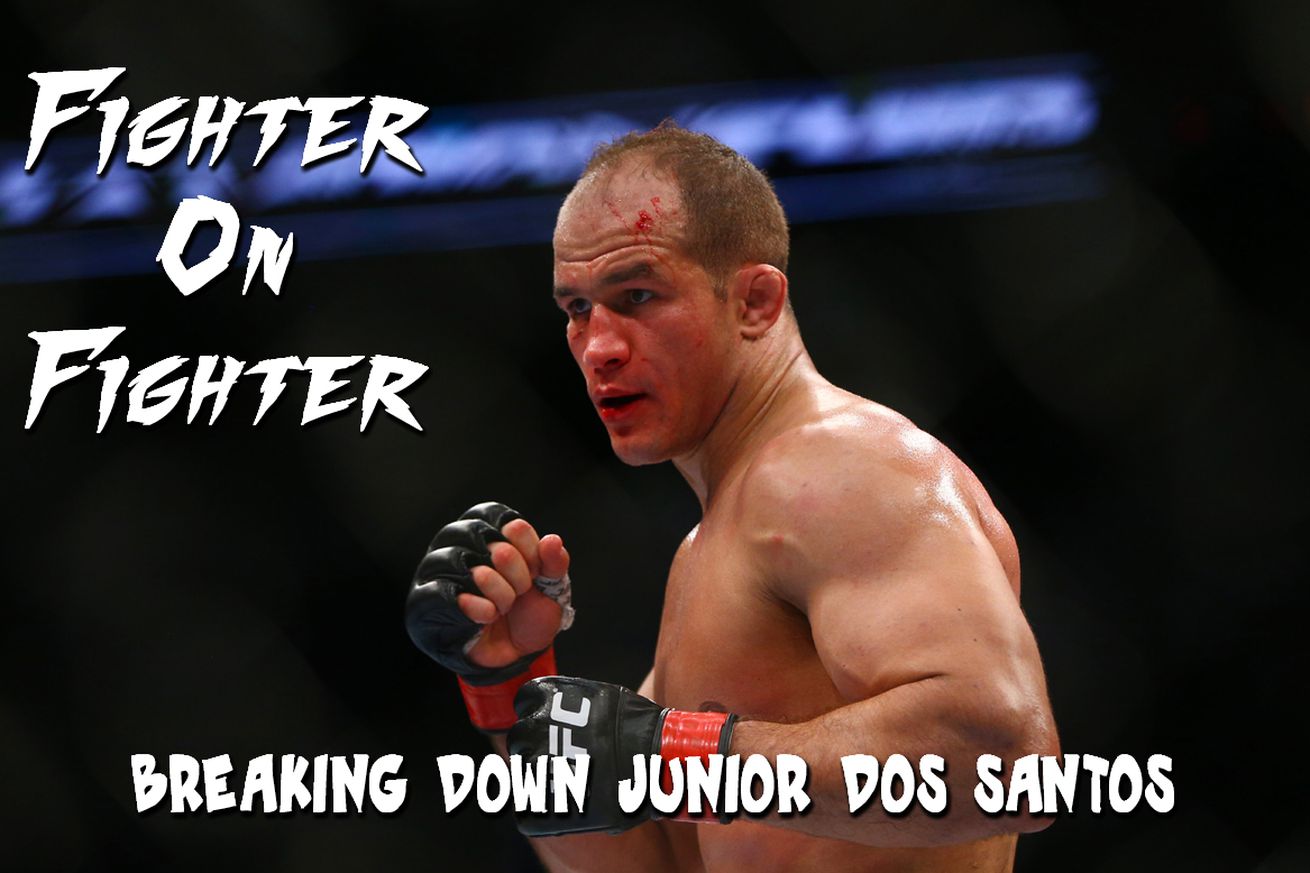 Dos Santos has had a rough go of things lately. The former champion has lost three of his last five fights, but that’s not the worst of it. He took some serious damage in each of those losses — most notably the Cain Velasquez rematches — but “JDS” hasn’t looked fresh in his wins, either.

At this point, it’s likely do-or-die for the Brazilian. If he comes out looking slow and hesitant again, he may be permanently removed from the title picture. That said, a rejuvenated “Cigano” would still be a terrifying foe.

Not long ago, dos Santos was considered one of UFC’s most feared boxers. The Brazilian fired off blistering combinations and knew how to set up his heavy punches, which was more than enough to let him run through the majority of Heavyweights.

To connect with his power punches, dos Santos does a nice job figuring out his range before engaging. On the outside, dos Santos tests his opponent with low-commitment jabs and feints. Before long, he’ll begin looking for his opponent’s body.

The body jab is a staple of dos Santos’ attack. As he fires off a stiff jab to his opponent’s mid-section, dos Santos drops his head off the center line and is difficult to counter. While it’s ….View full article