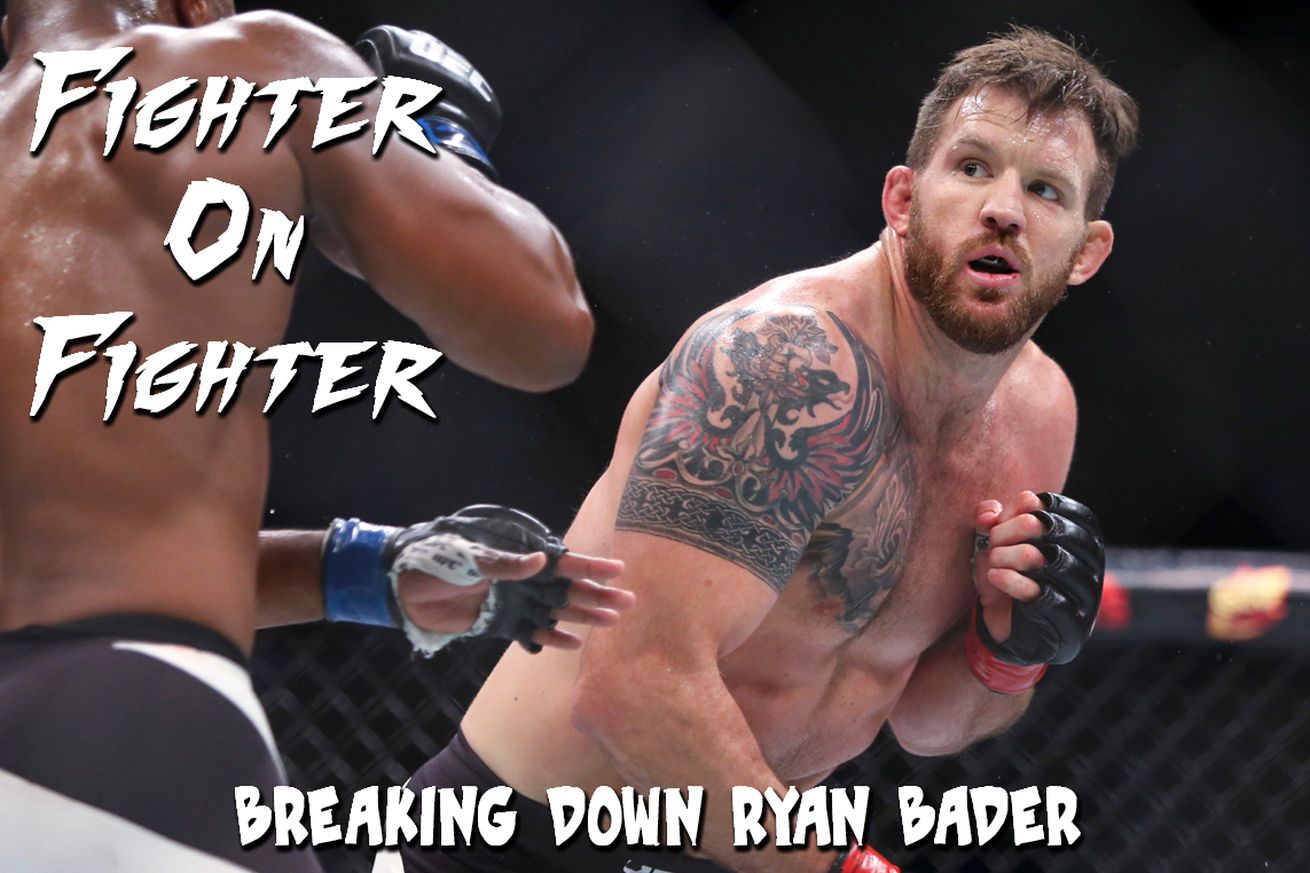 All-American wrestler, Ryan Bader, will look to take out former Ultimate Fighting Championship (UFC) title challenger and knockout artist, Anthony Johnson, for his own shot at gold this Saturday (Jan. 30, 2016) at UFC on FOX 18 inside Prudential Center in Newark, New Jersey.

Bader has been slowly improving for years now. This eventually allowed him to build his current win streak — the best of his career by far — and culminated in a clear-cut victory over Rashad Evans that was supposed to earn Bader a title shot.

However, Jon Jones’ return is imminent, so Bader was instead matched with “Rumble.” If Bader can overcome his opponent and his ferocious knockout power, there is absolutely no doubt that Bader has earned his title shot.

Let’s take a closer look at the contender’s skill set:

The most obvious improvements to Bader’s game have undoubtedly been in his stand up attack. He’s far removed from the one-handed slugger that won The Ultimate Fighter (TUF) 8, as Bader has really grown comfortable with his kickboxing.

In particular, Bader’s striking improved greatly in the nine months between his bout with Phil Davis and his most recent scrap with Evans.

Above all else, Bader has become much more fluid with his movement. Whether he’s actively attacking, feinting or simply circling around the cage, Bader no longer looks like he’s trying his hardest to strike. Instead, Bader is relaxed and confident, which by itself is a step forward for any growing striker.

The main reason for this is that Bader now understands distance far better ….View full article