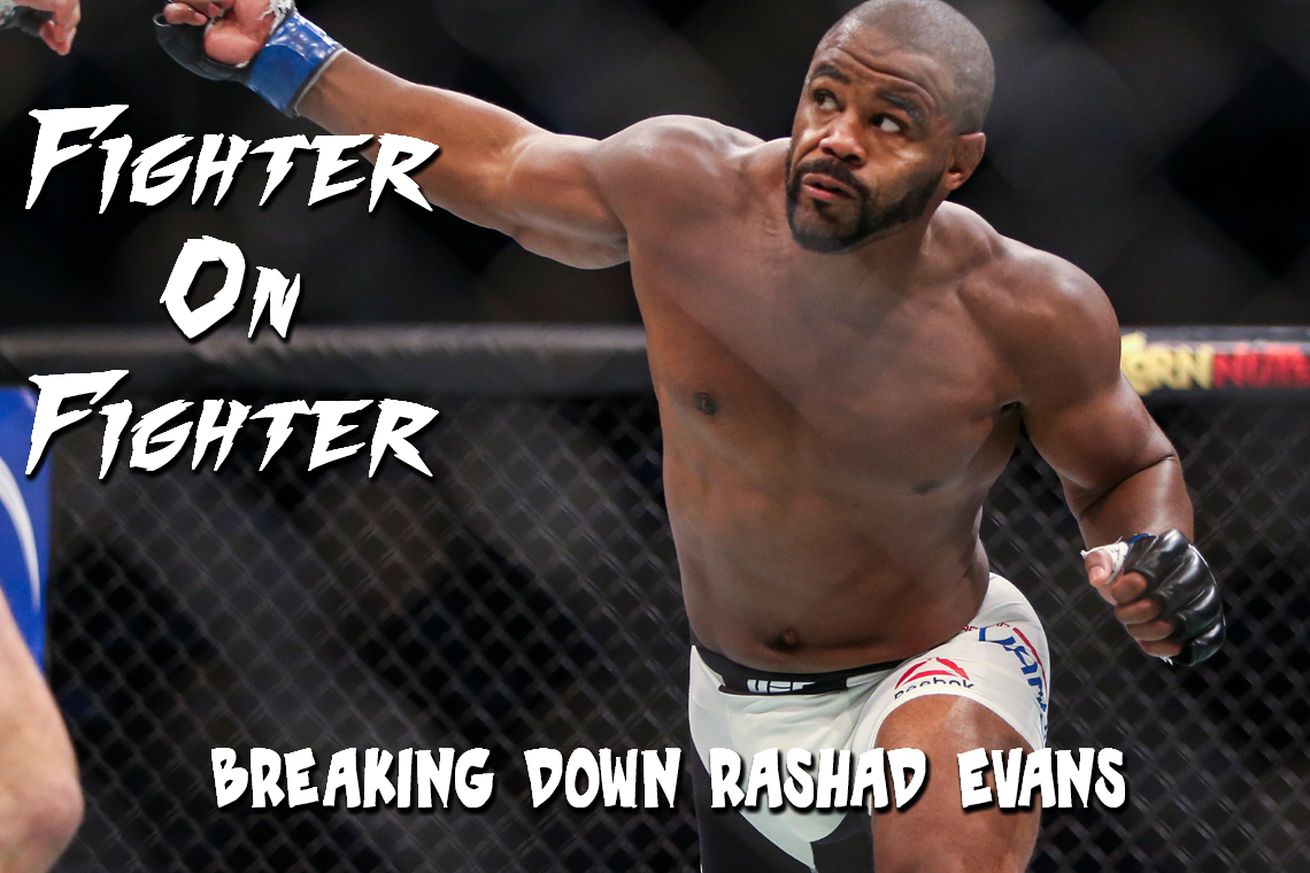 Evans is at a crossroads in his career. In his last bout, Evans returned from a two-year layoff opposite Ryan Bader. While Bader has definitely improved and looked better than ever, it was equally noteworthy of how flat Evans looked, failing to pull the trigger in some important moments and generally showed little sense of urgency.

After that loss, this bout is quite important. It’s Evans’ chance to shift the blame of that loss to ring rust and recover his position in the top five. More than that, it’s a must-win bout for Evans if he hopes to make another title run before his career is up.

Let’s take a look at the former champion’s skill set:

Evans has developed a solid style of boxing that relies heavily on both his speed and the threat of the takedown. Since Evans’ athleticism and wrestling background are perhaps his two best traits, it’s a very sensible style of striking for “Suga.”

For the most part, Evans’ primary threats are the takedown and right hand. However, he does a nice job of setting up both, commonly pumping out his jab and hook. While there’s usually a right hand coming behind those punches before long, he’ll also occasionally commit hard to his left hook and cover a fair amount of distance.