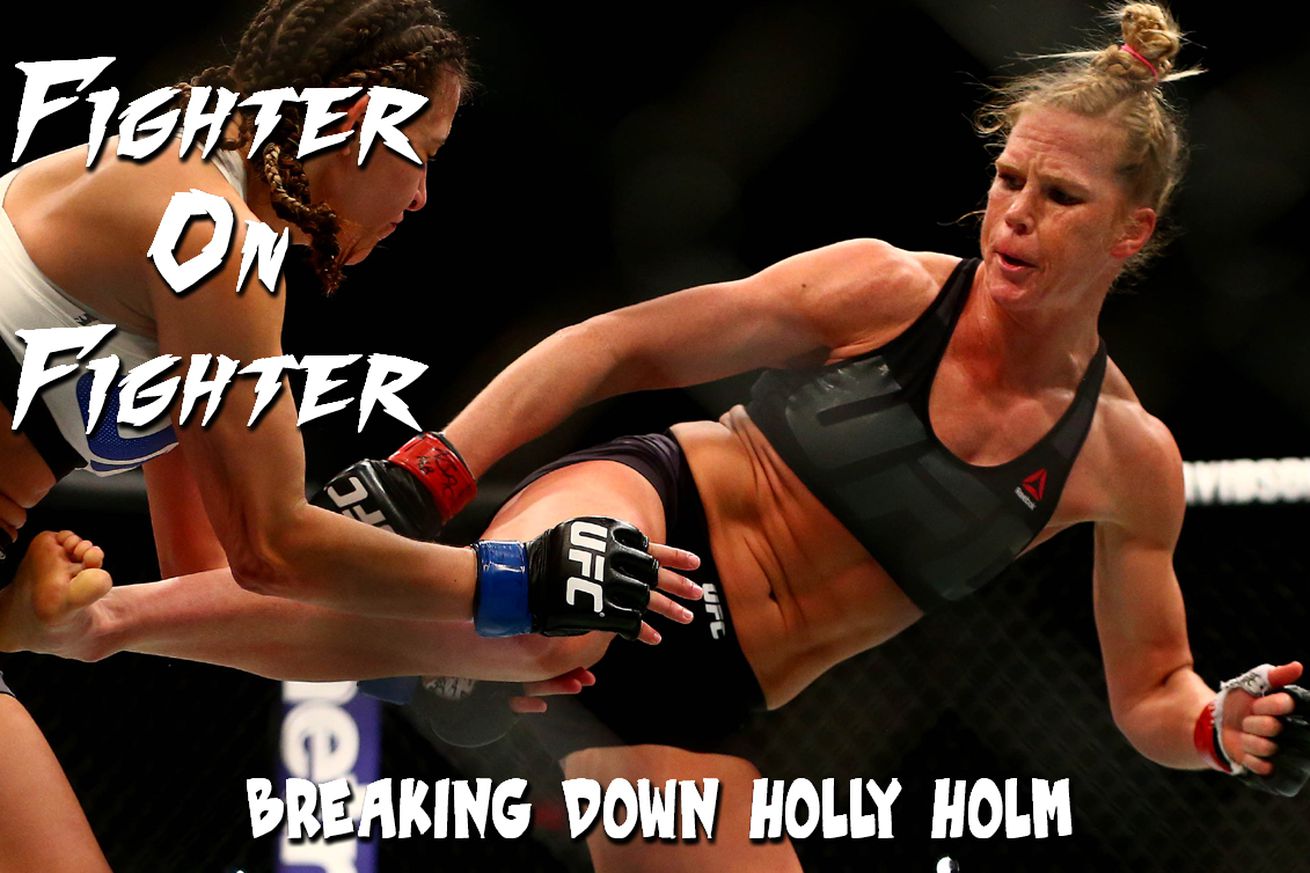 After a pair of uninspiring victories, Holm found herself in the Octagon with Ronda Rousey, who was at the height of her powers and seemed unstoppable. However, Holm saw through the hype, executed a masterful game plan crafted by camp Jackson-Winkeljohn, and put a cherry on top by slamming her shin into Rousey’s jaw.

Despite seeming to inherit Rousey’s unstoppable reputation — Holm was a pretty wide favorite in her first title defense — Holm slipped up late in the fight and found herself being woken up without a belt instead. Now, Holm will look to move past a dangerous opponent and get back into the title picture.

Let’s take a closer look at her skill set.

Holm is one of the most talented and disciplined strikers in the sport. A former boxing world champion with kickboxing experience, it’s no real surprise Holm has been so effective thus far in his career.

Holm’s overall approach to striking isn’t particularly complex. She’s a reasonably tall and large fighter for her division, so she likes to work from the outside. Utilizing her long range, Holm stabs at her opponent and scores points with long range kicks and punches.

In some cases, the fight never really evolves past that. In Holm’s victory over Marion Reneau, for example, Holm never had to really kick it into second ….View full article