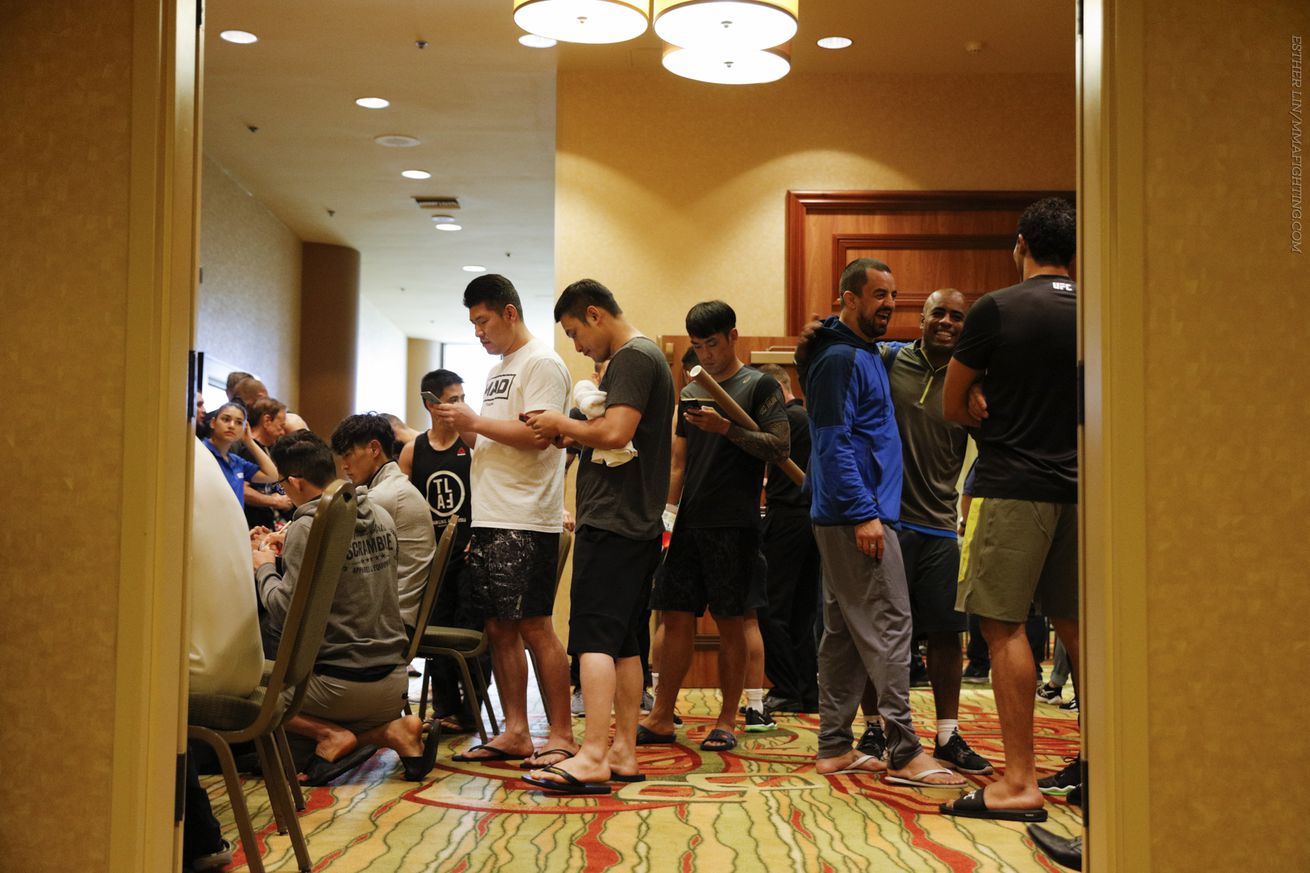 MANHATTAN BEACH, Calif. — Luke Rockhold sauntered out of a conference room at the Marriott Manhattan Beach on Friday morning. He flipped off his glasses, grabbed a piece of paper to sign and exhaled. The weight cut was over.

A nearby reporter asked the UFC middleweight champion what it was like weighing in earlier in the morning rather than the usual time of 4 p.m.

For the first time at a UFC event, fighters were able to weigh-in beginning at 10 a.m. Friday. The athletes had a four-hour window to hit the scale at the fighter hotel, rather than waiting until the usual 4 p.m. weigh-in show at the arena. The new rules are part of a package passed recently by the California State Athletic Commission (CSAC) to battle severe dehydration in MMA and boxing.

Rockhold and his UFC 199 opponent Michael Bisping both weighed in before 11 a.m. So did co-headliners Dominick Cruz and Urijah Faber. In fact, all but two fighters on the card — Sean Strickland and Clay Guida — hit the scale and were done with their weight cuts before the clock hit 11. Strickland and Guida trickled in not long after.

The process went smoothly and fighters raved about it afterward.

Added Faber: “It was awesome. It was great.”

The 4 p.m. weigh-in show will still take place with the official weights from the morning announced. The UFC and CSAC preferred to keep those weights embargoed until the weigh-in show.

Fighters arrived downstairs at the hotel outside a conference room. They checked in with CSAC and UFC officials, were briefly placed into a waiting area and were quickly brought into the conference room to weigh-in thereafter. No fighters had to wait more than five to 10 ….View full article