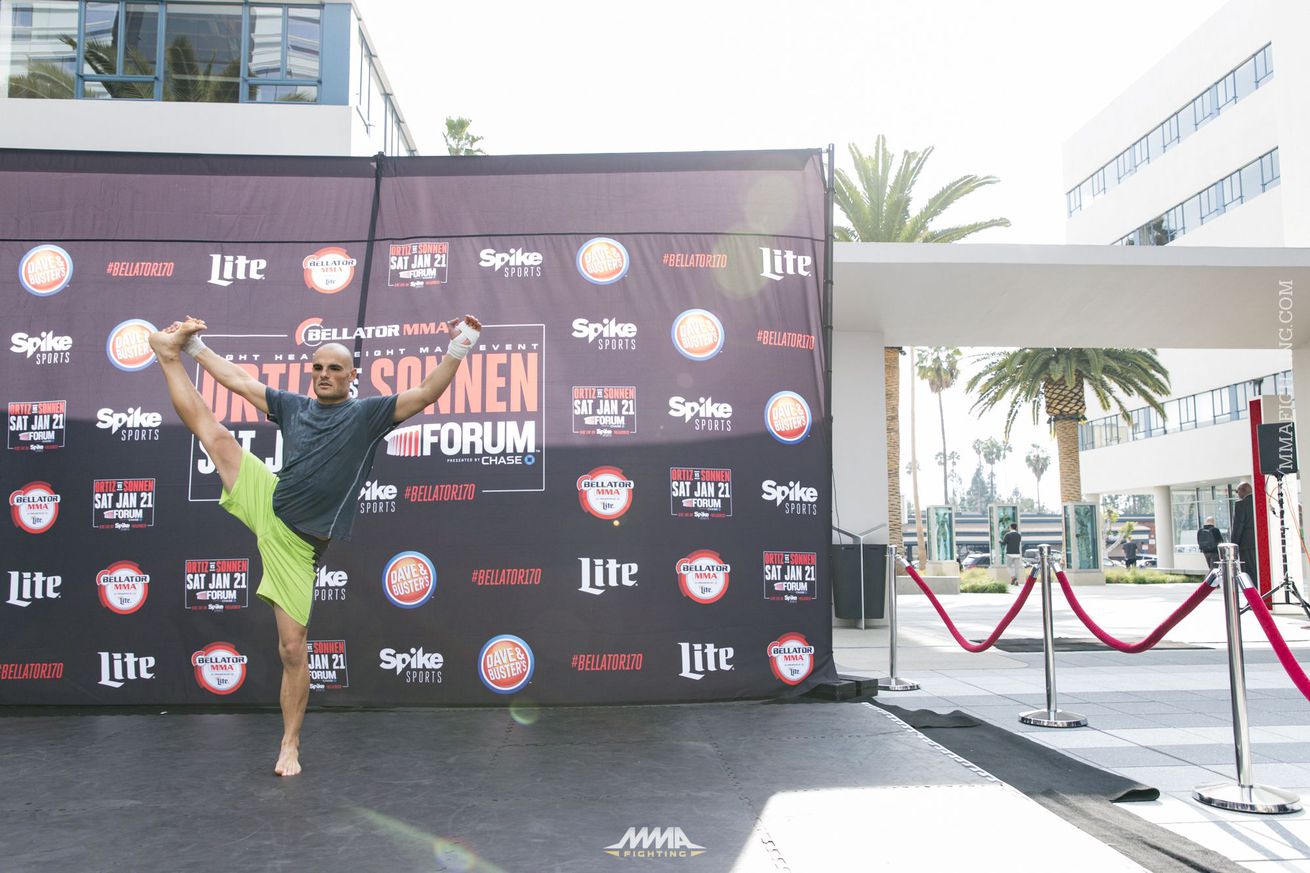 LOS ANGELES — There are a handful of new rules in MMA and, for the most part, fighters are ready to embrace them. None more so than Colleen Schneider.

The women’s MMA veteran joked Thursday that her entire offensive arsenal at Bellator 170 will be comprised only of the alterations made recently to the Unified Rules of MMA.

Schneider was just kidding (probably), but it is a new day for the sport. The biggest package of rules changes was passed by the Association of Boxing Commissions and Combative Sports (ABC) in August and they went into effect in many states (but not all) on Jan. 1. Bellator 170, on Saturday night here in LA, will be one of the first big cards of the year under the new rules.

The most notable provision changed as to do with the definition of a grounded fighter. The previous rule stated that anything but the soles of a fighter’s feet on the mat made that fighter a grounded opponent, which allowed for a competitor to just place a finger or single hand down to be considered grounded. No longer. That language still applies, but now a fighter must have both hands down — palms or fists — or a knee or another part of the body besides the soles of his or her feet on the mat to be grounded.

The California State Athletic Commission (CSAC) plans on addressing the rules changes with fighters before they step into the cage Saturday night at The Forum. But fighters do expect some growing pains, given that they’ve always fought one way and this presents a difference.

“That’s gonna be kind of sketchy,” said Emmanuel Sanchez, who meets Georgi Karakhanyan on the card. “I can already tell there’s gonna be some guys that are gonna bend the rules. I don’t know. Only time will tell.”

Other fighters, like Chael Sonnen, who is headlining Bellator 170, against Tito Ortiz are very much against the new grounded fighter definition.

Sonnen is not alone. Regulators in states like New Jersey, Missouri, Ohio and Maryland have declined to approve the Unified Rules changes for health and safety concerns. Those in favor of the new grounded fighter definition argue that fighters will no longer put themselves in that vulnerable position of just having a hand or finger down on the ground.

One of the reasons why the MMA rules and regulations committee, chaired by Sean Wheelock with members like John McCarthy and Randy Couture, wanted the change is because they felt like fighters game the system by “playing the game,” what officials call an athlete placing a finger or hand down and then picking it up, repeatedly, to go from up to grounded in rapid succession.

“I think it makes it better so you don’t have some crappy situation where you’re playing the hand up, hand down game,” said Derek Campos, who fights Derek Anderson. “It’ll probably be better for the sport.”

Hisaki Kato, who faces Ralek Gracie, is a fan of the new grounded fighter definition. He believes it’ll help strikers like himself.

“Everything has a meaning,” Kato said. “Why was this [old] rule invented? Because America is leading MMA now. America is really good at wrestling. At the end, what do you have? More top wrestlers being champion.”

All of the Bellator fighters asked this week liked the idea of the new rule making it a foul for a fighter to have outstretched fingers toward an opponent’s face. However, Karakhanyan noted that Bellator’s gloves are curled more than gloves in other organization’s, so eye pokes are not as prevalent.

“It’s not really a problem,” he said.

“It’s legal right now?” he said. “I didn’t know about that. Holy moly. We’re gonna have to get with the team on that one. I didn’t even think they took that out.

“Man. Who knows? We’ll have to throw a couple of those in there for old time’s sake. Cool.”

Also part of the rules package were the removal of the foul for grabbing the clavicle, a cleaning up of the scoring criteria, and regulations for female apparel. For a detailed look at the new rules, click here.

Schneider said she wishes the ABC went even further.

“I like the changes a lot,” she said. “I think they’re really good. I mean, I’m still waiting for the Unified Rules to include soccer kicks to the head to a grounded opponent. Also, 12-to-6 [elbows] needs to be legal. That’s a stupid rule. That still hasn’t changed.”

In a fight, though, many athletes will admit that it’s hard to be completely cognizant of what the actual rules are.

“It’s hard to say that you’re aware of it in the fight itself,” Campos said. “It’s nonstop. Sometimes you don’t have a moment to think.”

And, for that reason, it’s usually the case that the more liberal the regulations are, the more MMA athletes are going to like them.