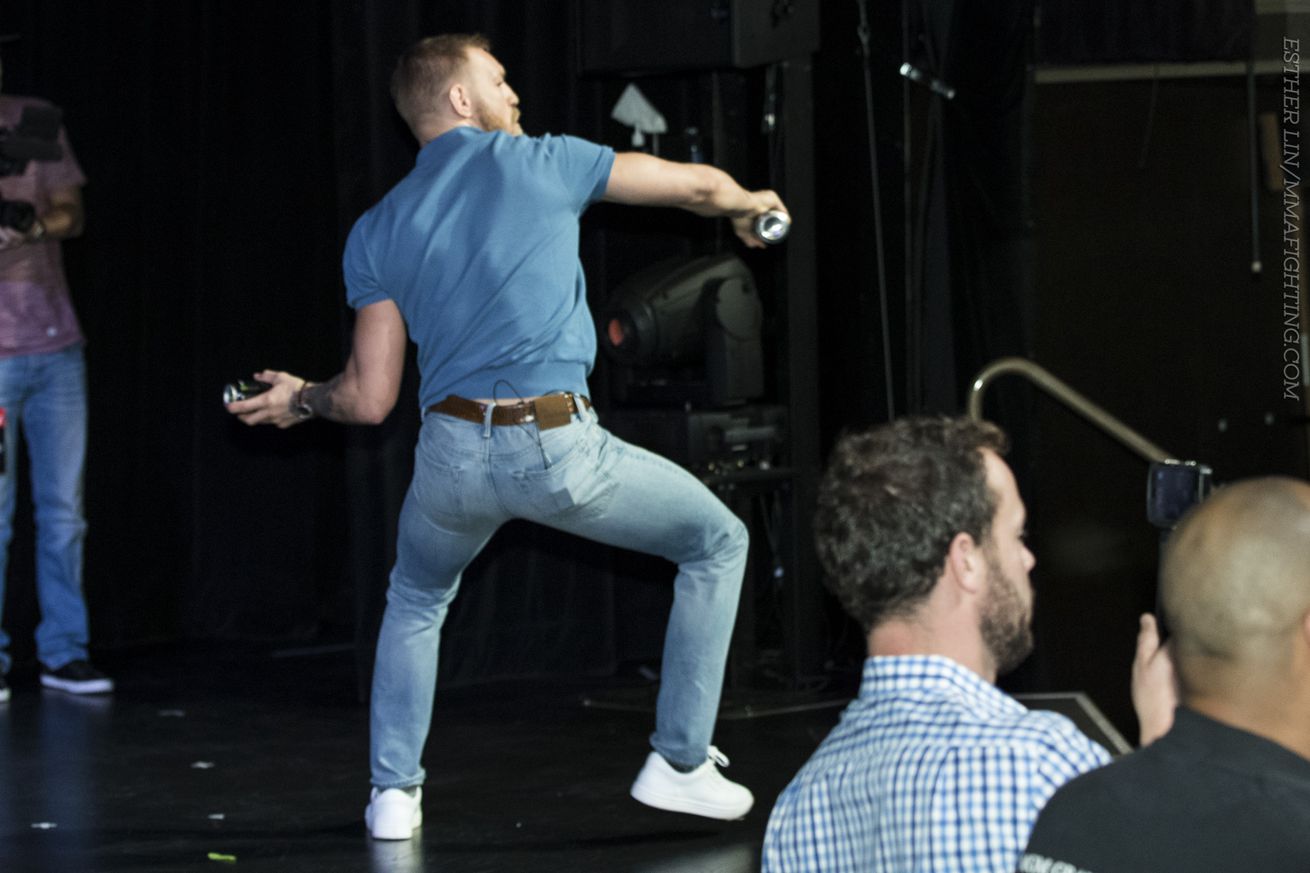 It’s the welcome start of a few weeks without a major fight card, which will make for just enough time to build up proper anticipation for next month’s UFC 205.

Meanwhile, the two biggest drawing cards in the sport filled this week’s news void: Conor McGregor, due to his escalating battle with the Nevada Athletic Commission, and Ronda Rousey, who will return from her year away from the sport and challenge Amanda Nunes for the bantamweight title at UFC 207.

@Jome20: So he did something that he should have been fined for. But now is threatening based on his star power? How is that OK?

After hearing UFC president Dana White say that McGregor won’t fight in Las Vegas again any time soon, in the wake of McGregor getting fined $150,000 by the Nevada Athletic Commission for his bottle-throwing incident with Nate Diaz at the UFC 202 press conference, my first instinct was to dismiss it out of hand.

Nevada has no state income tax. The bite the state of New York is about to take out of McGregor’s pay at UFC 205 on taxes alone is going to be significantly bigger than the NAC’s fine. Once word gets around about how much of their paycheck the Empire State grabs, fighters might become a little less starry-eyed about the mystique of fighting at Madison Square Garden and ask to get booked right back into Vegas. That alone made me think the initial talk was just bluster.

But then came Friday’s McGregor interview with Rolling Stone, in which he basically dared the NAC to try to collect on its bill. And as I thought about it some more, I realized Nevada, at this stage of the game, needs McGregor ….View full article