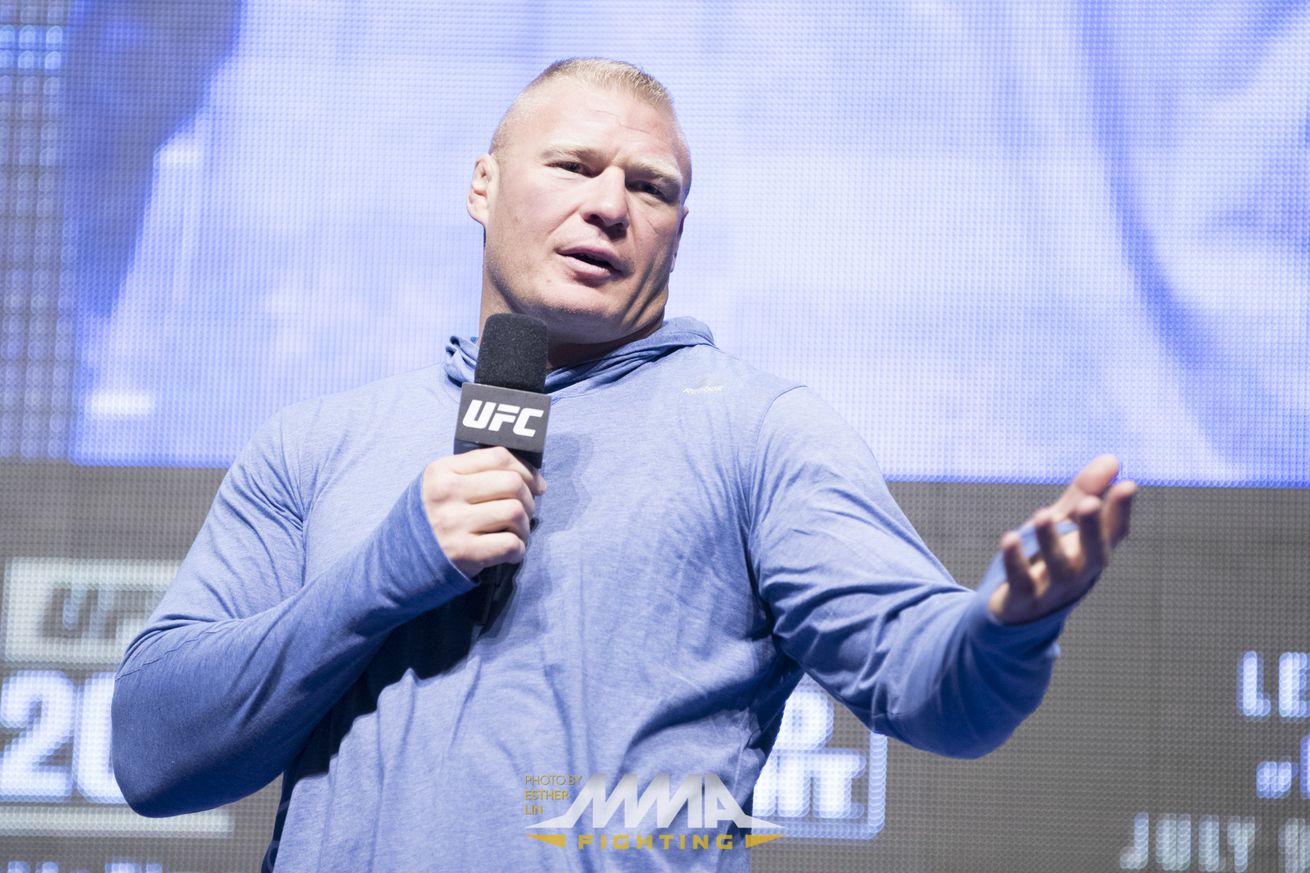 We’ve come to the end of the most eventful stretch in the history of mixed martial arts, in which a string of four fight events were overshadowed by a pair of major potential drug-test failures, and that minor little matter of the UFC’s sale.

Well, actually, we thought we were done, and then Brock Lesnar popped for a potential USADA violation late Friday.

So, with no lack of subject matter, lets get right into another edition of Fightweets.

Well, my original answer to this was that Brock had redemption after beating Mark Hunt at UFC 200, a whole lot of money, and a big chip he can play when his WWE contract comes due in the spring of 2018. Then, after Fightweets was done and put into our content system, late Friday it was announced that Lesnar had a potential USADA violation based on an out-of-competition test administered on June 28.

It’s pretty clear by now that USADA’s process for revealing test results is far from perfect. Giving Lesnar an exemption to come off the retired list and fight on short-ish notice was an eyebrow-raiser. Taking a test two weeks in advance, and then not revealing the results until a week after Hunt took a 10-8 beating in the final round, make for terrible optics, and Hunt, who is demanding half of Lesnar’s fight purse or his release from the UFC, has every right to be pissed.

And this doesn’t even take the timing of the Jon Jones test into account. USADA simply has to get better at this process.

As for your original question, we of course have to hold off on judgement here because of the clumsy way in which USADA informs the public on potential violations ….View full article