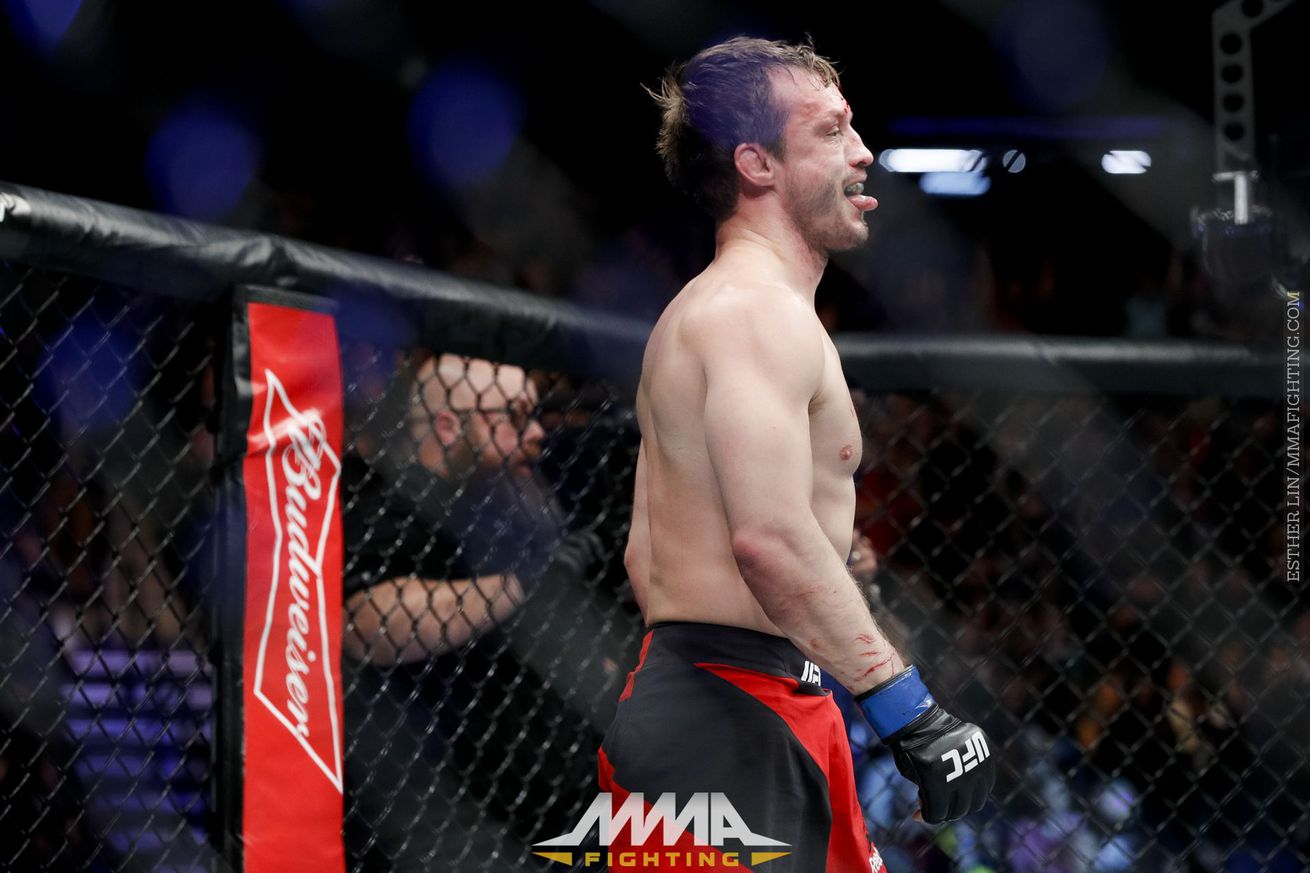 The UFC officially announced five bouts for its return to London’s O2 Arena on March 18, including Brad Pickett’s retirement fight against Enrique Briones.

Briones (16-6-1), a former TUF: Latin America contestant, is 1-2 in the UFC, including a decision loss to current bantamweight champion Cody Garbrandt. The 36-year-old fighter stopped his opponent in 14 of his 16 MMA wins.

UFC Fight Night 107 will also feature a lightweight clash between Marc Diakiese and Teemu Packalen, a pair of middleweight bouts featuring Tom Breese vs. Oluwale Bamgbose and Bradley Scott vs. Scott Askham, and a rematch between light heavyweights Darren Stewart and Francimar Barroso.

Diakiese (11-0) looks to improve his perfect MMA record after scoring a pair of UFC wins over Frankie Perez and Lukasz Sajewski, while Packalen (8-1) returns to action a year after his 24-second submission over Thibault Gouti in London.

Breese (10-1) moves up to 185 pounds after suffering the first loss of his MMA career, a split decision against Sean Strickland in June, while Bamgbose (6-2) tries to recover from a defeat to Cezar Ferreira, dropping to 1-2 in the UFC.

Scott (10-4) and Askham (14-3) bounced between wins and losses since making their Octagon debuts, with both athletes holding 2-3 UFC records ahead of their clash in London. Both fighters haven’t been finished under the UFC banner.

Stewart (7-0, 1 NC) and Barroso (18-5, 1 NC) fought each other last November, and the Brazilian MMA Athletic Commission overturned Stewart’s first-round TKO victory to a no-contest due to an unintentional headbutt.