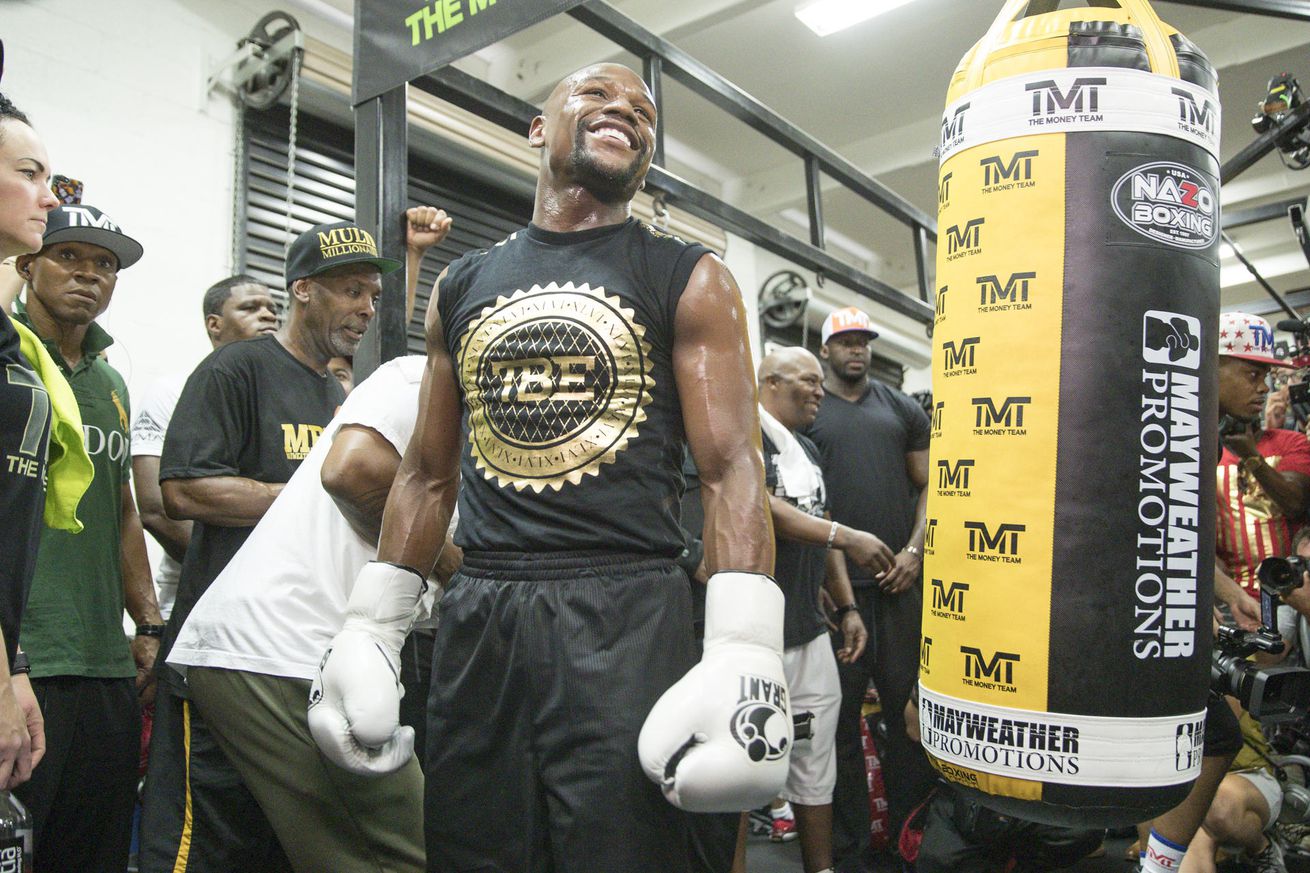 It may seem bizarre for a man who hasn’t lost a fight in his 21-year career to talk about risk when his opponent is 0-0 inside a boxing ring, but nothing about Floyd Mayweather’s upcoming bout with Conor McGregor is normal.

From the moment Mayweather was booked to battle the UFC lightweight champion, there were questions as to why either man would sign on for a fight that could be potentially embarrassing for one of them, aside from what they stand to gain financially.

Asked for his thoughts on how this matchup will affect his legacy when the two finally face off at the T-Mobile Arena in Las Vegas, Nev. on Aug. 26, Mayweather let it be known that he believes he has far more to lose than McGregor.

“I truly believe I’ve taken a bigger risk,” Mayweather said on a media conference call Thursday. “But it’s a big reward for both. I’m taking the bigger risk. I have the 49-0 record, and when a fighter has lost before, if he loses again they say, ‘Oh, it’s nothing, he’s lost before.’ But when a fighter has been dominating for 20-some years, never lost, everything is on the line. My legacy, my boxing record. Everything is on the line.”

The 40-year-old Mayweather retired back in September 2015 after outpointing Andre Berto, but he was drawn back into the ring after a dream bout between he and McGregor became a ubiquitous talking point for fans, the media, and eventually the fighters themselves.

As for how how he’s approaching the possibility of taking his first professional loss when he could have ridden off into the sunset two years ago, Mayweather explained that the possibility of failure has never been a concern of his.

Mayweather was also asked about how important it is for him to better the undefeated professional record of heavyweight legend Rocky Marciano, who was 49-0 when he walked away from the sport. “Money” was quick to pay his respects, but preferred to let his and Marciano’s accomplishments stand alone.

“I don’t really try to focus on other fighters, but I’m appreciative for every fighter that paved the way for me to be where I’m at,” Mayweather said. “I always talk about how I appreciate the legendary fighters, even though there’s the number 50, this is my 50th fight, that’s not really my focus.

“My focus is to go out there and give the fans an exciting fight, even though I know this is number 50 and we’re constantly talking about Rocky Marciano, I just always wanted to let the fans and the people know Rocky Marciano is a legend. Rocky Marciano did it his way. And I just like to try and do it the Mayweather way.”