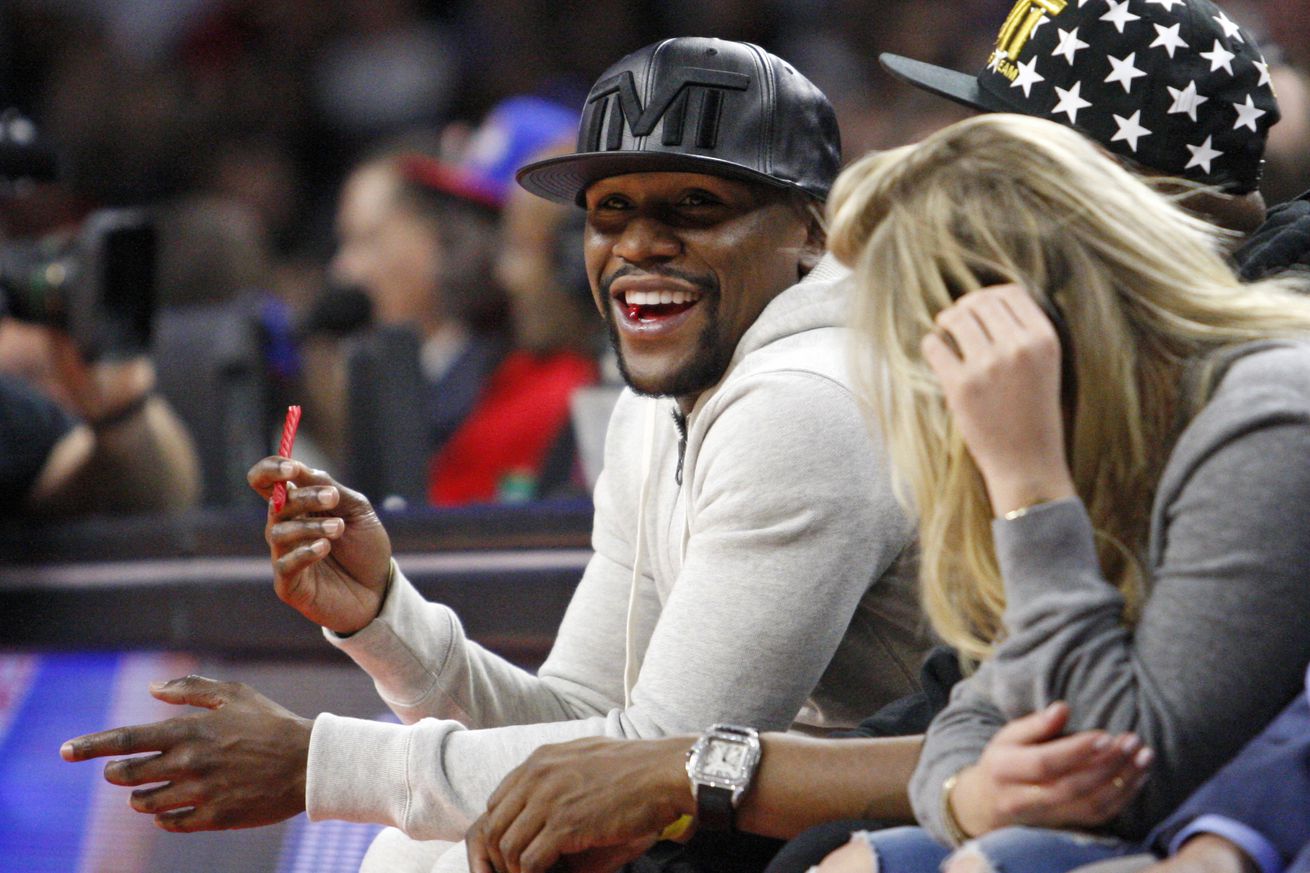 Hey, remember last year when former UFC women’s bantamweight champion Ronda Rousey would make a comment about Floyd Mayweather, then “Money” would respond, then “Rowdy” would fire back, then he would respond again, and so on and so forth?

Yeah, we’re doing that bit all over again, only this time the part of Rousey will be played by featherweight champion Conor McGregor.

Why even report this non-story and perpetuate the drama? Because I’m the mixed martial arts (MMA) media’s equivalent of Frank Dux from Bloodsport, eloquently described by Hossein’s homey.

The American shithead who makes tricks with clicks!

Now that we’re done with roll call, let’s focus on how this silliness started. McGregor took a shot at Mayweather, then “Money” responded — kinda/sorta — by mentioning the “Notorious” UFC champ during a conversation about racism in combat sports.

Here’s a snip (via Ben Thompson):

“They say [McGregor will] talk a lot of trash and people praise him for it, but when I did it, they say I’m cocky and arrogant. So biased! Like I said before, all I’m saying is this, I ain’t racist at all, but I’m telling you racism still exists.”

Naturally, the Dubliner roared back. Mayweather, however, doesn’t appear to give a shit, according to his latest conversation with Fight Hype:

“Once again, I never said that the guy … Conor McGregor … is that his name? I never said Conor McGregor was… I never had anything against caucasians, white Americans or white people, period. Or Irish. All I said was this, in this world, racism still exists, but I’m not racist. That’s all I said. If he got offended? That’s life. Sometimes people will get offended by certain things people say. Just me? I ….View full article