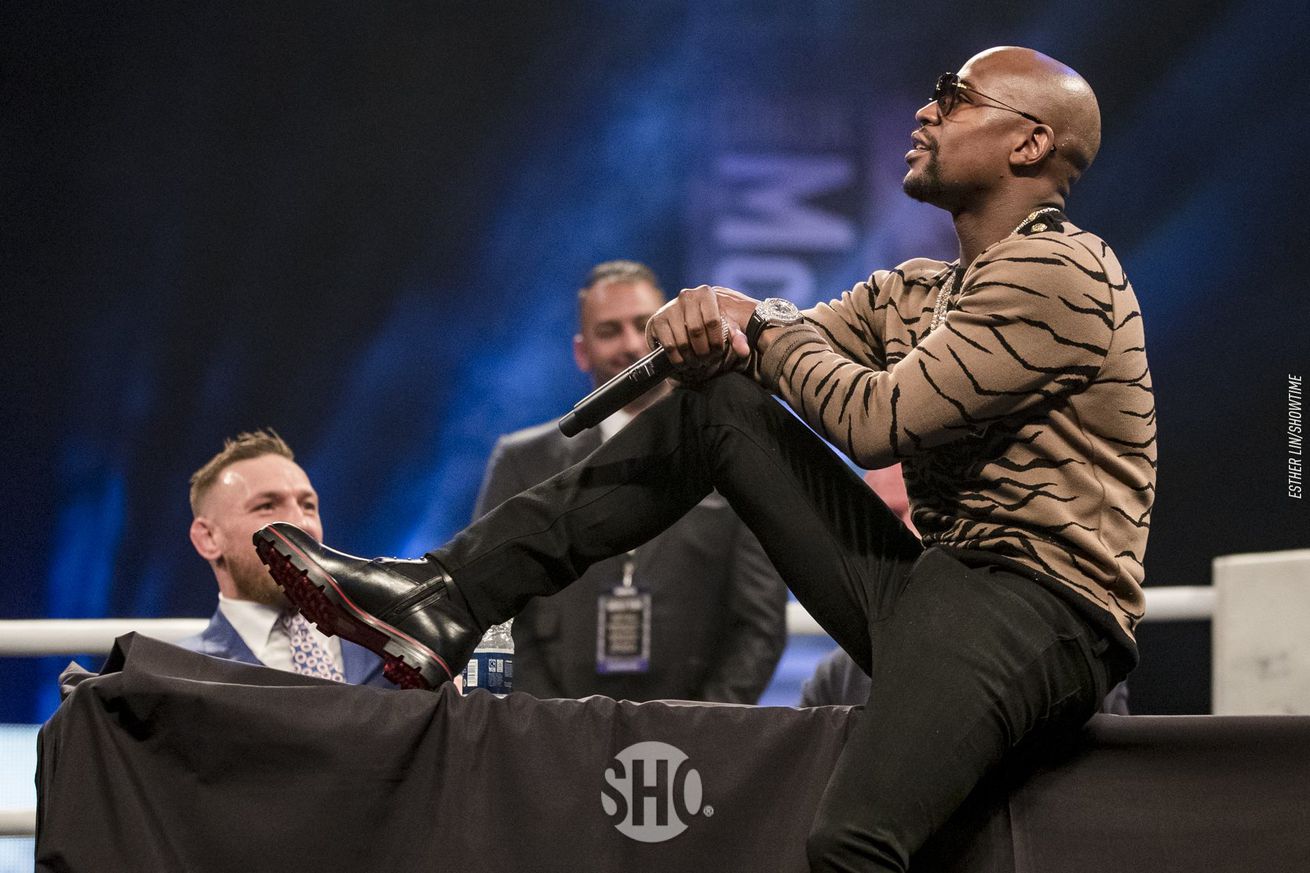 Both fighters had their moments over the first three days of the Mayweather vs. McGregor World Tour this week. But at the start of Friday’s final date of the tour, which promotes the Aug. 26 superfight between the two at T-Mobile Arena in Las Vegas, the undefeated boxing superstar believes there’s an obvious tell which show he’s getting in McGregor’s head.

Mayweather notes that he’s OK with letting the UFC lightweight champion speak his mind when it’s his turn with the mic, but the Irish champ can’t keep quiet when it’s his opponent’s turn to talk.

“When McGregor goes up there to speak and talk, I sit back and let him speak his peace and let him say what he has to say and what I do, I just sit quiet,” Mayweather told reporters in London. “When it’s my turn to go up, I give a speaking, he’s interrupting me. So it’s obvious I’m getting under his skin.”

That said, it’s clear Mayweather, who had to carry the promotional load with a variety of boxers who lacked charisma over the year, appreciates having an opponent who can deliver his end of the hype.

“I never needed Conor McGregor when I made $800 million,” Mayweather said. “So I’m going OK. But he’s been a good dance partner, and I need him for Aug. 26.”