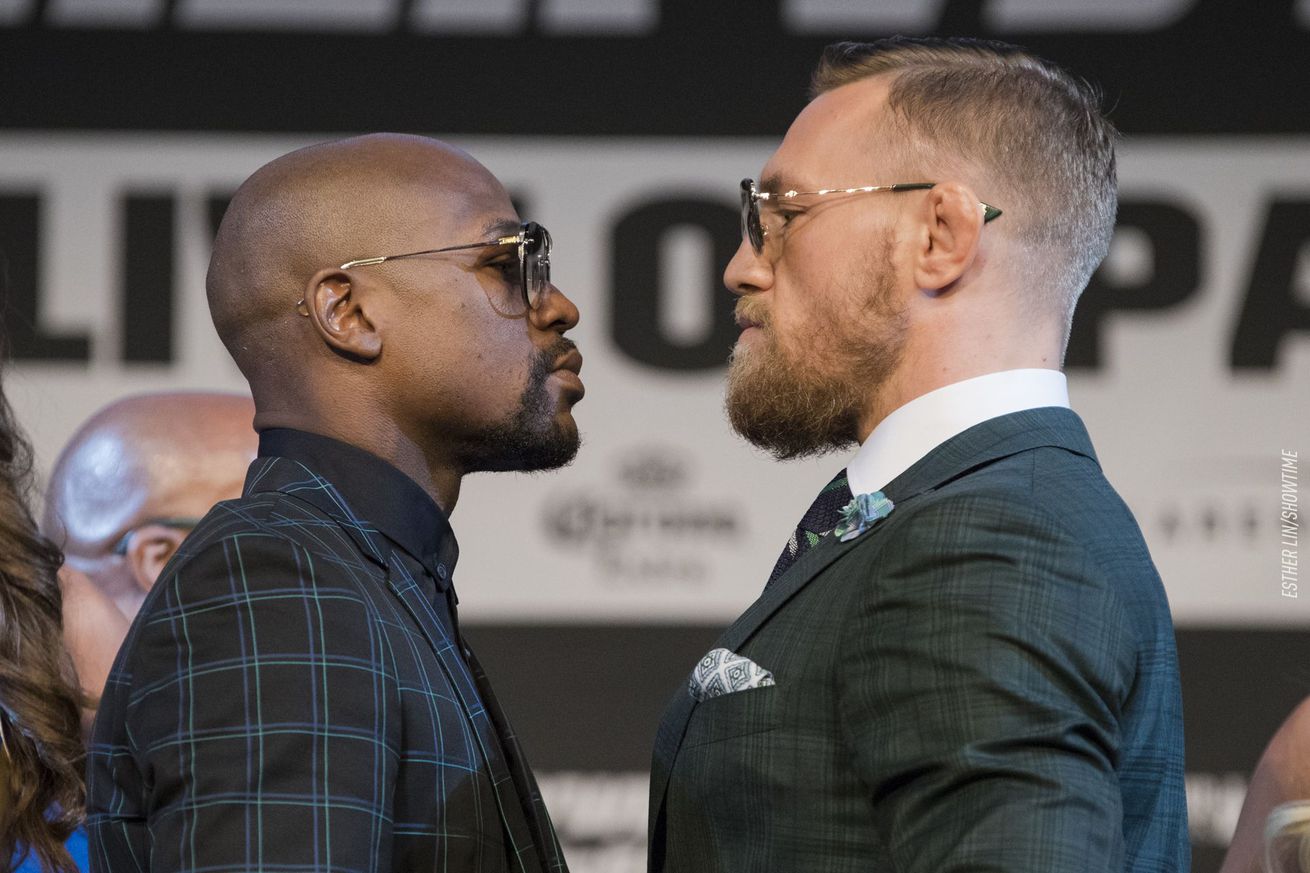 LAS VEGAS — Conor McGregor is taking home a disclosed purse Saturday night that is 10 times bigger than any public one he’s made in the UFC.

“The Notorious” will pull in $30 million disclosed for his boxing match against Floyd Mayweather here at T-Mobile Arena, per a document obtained from the Nevada Athletic Commission (NAC) by MMA Fighting on Friday night. Mayweather will take home a disclosed $100 million.

Both McGregor and Mayweather will both make much more than those purses in total. McGregor has said he’ll make upwards of $100 million for the bout, while Mayweather has floated that he could make $300 million.

McGregor’s highest public purse up until this point was $3 million for his rematch with Nate Diaz at UFC 202 in August 2016 at T-Mobile Arena. McGregor’s purse against Eddie Alvarez, in the bout that he won the UFC lightweight title was not disclosed by the New York State Athletic Commission.