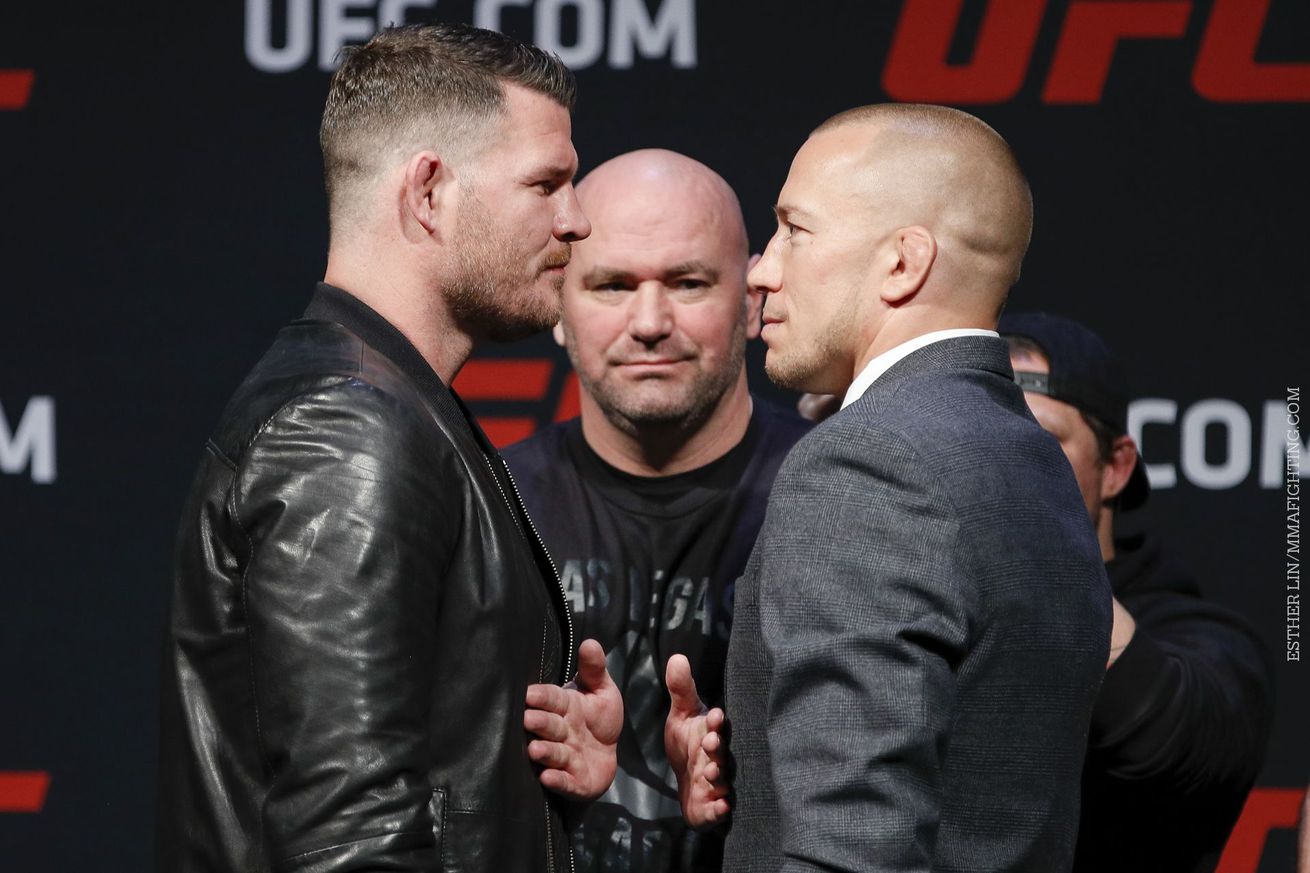 All along for the UFC, world f–king domination was part of the ambition. Ass-kicking, after all, is a universal sell. But expansion wasn’t an easy path. There were starts and stops, gaps of years between visits to international markets.

That all changed in the era of Chuck Liddell and Randy Couture, when personalities and stories came bursting to the forefront. But arguably the most valuable (or at least under-appreciated) chess piece in the promotion’s strategy came from the northwest corner of England. He was brash and skilled, and loud enough to make his whole country to take notice.

Michael Bisping’s value to the UFC has never waned. For over a decade, he has been the same reliable cog, willing to suppress his own likability for the good of a feud, stepping into the best available fights, going above and beyond to spread the UFC’s message.

This is a man who literally wears his love of the sport on his face through a damaged right eye that has required five surgeries and will demand at least one more after his fighting days.

And that’s why, whether you love or hate the Bisping vs. Georges St-Pierre middleweight title matchup that is now official for UFC 217 in November, you have to feel good for Bisping.

This money fight is essentially a lifetime achievement award for him because after all this time, it will be by far his biggest money fight; St-Pierre’s return virtually ensures that.

For a man nearing the tail-end of his career (he has openly said he may retire after two more fights), that’s no small thing.

For all of Bisping’s historical importance, he has never been a huge pay-per-view star. His improbable title win against Luke Rockhold last June sold 320,000 PPVs. His first title defense, a rematch against Dan Henderson, did only 290,000 buys.

Those numbers aren’t horrific, but they aren’t generating the kind of money that will hang the accountant’s jaw. The fight with St-Pierre stands to be a multi-million dollar payday. If anyone has earned every penny of that cash, it’s Bisping.

This needs to be said because there is a section of the MMA fight world that has slammed the announcement.

Criticism of the matchup is perfectly valid; it’s just that the two things aren’t mutually exclusive. You can hate the fight pairing and still be happy that Bisping is getting capital-p Paid.

To be frank, Bisping should be preparing to square off with interim champion Robert Whittaker. What is the point of the interim championship if that man gets jumped in line? Especially by someone who hasn’t seen the inside of the octagon in four years! That is an illogical pairing.

But Whittaker has said he’s not particularly offended by waiting, and given his activity level—he fought three times in eight months—and a balky left knee, a little R&R sounds like an excellent idea for him. No one else in the division can offer a strong case for their own presence in a title shot.

And so here we are, and it’s fine, even if we have doubts about how the fight will go down. Bisping always manages to draw opponents into a fight, but he’ll have his toughest task in luring GSP into the kind of fight he wants.

The career of St-Pierre can be neatly catalogued into two distinct sections. There was the “before-Matt-Serra” GSP, a purveyor of violence with an instinct for the killshot, and the “after-Matt-Serra” GSP, a risk-mitigator with a focus on conservative game-planning.

St-Pierre’s third act will begin in November. In storytelling, the third act usually signifies the end.

Four years removed from his last time in the Octagon, it’s anyone’s guess what to expect from him now, in a new weight class. At 36, St-Pierre is still two years younger than Bisping, but at 5-foot-10 and a walk-around weight of around 190 pounds—Bisping is 6-foot-1 and walk around at over 200—he will be meaningfully outsized.

While he’s not old, it’s fair to wonder whether the explosive entry shots that precipitate his takedowns will have the same drive. And if Bisping can shut down that part of St-Pierre’s offense, he has a significant chance of continuing his championship reign.

It’s not that easy, of course. Nothing ever is, not in mixed martial arts, a pursuit in which you sometimes sacrifice pieces of your physical self only to hear outrage and yawns. Bisping will get some of that now and on Nov. 4. Of course he will. You don’t make yourself a polarizing figure for over a decade and win the world back in a night. But he will also finally get the mega-payday he’s both deserved and earned, and in a sport that is often cruel while bulldozing its way to world f—king domination, that is cause for celebration.