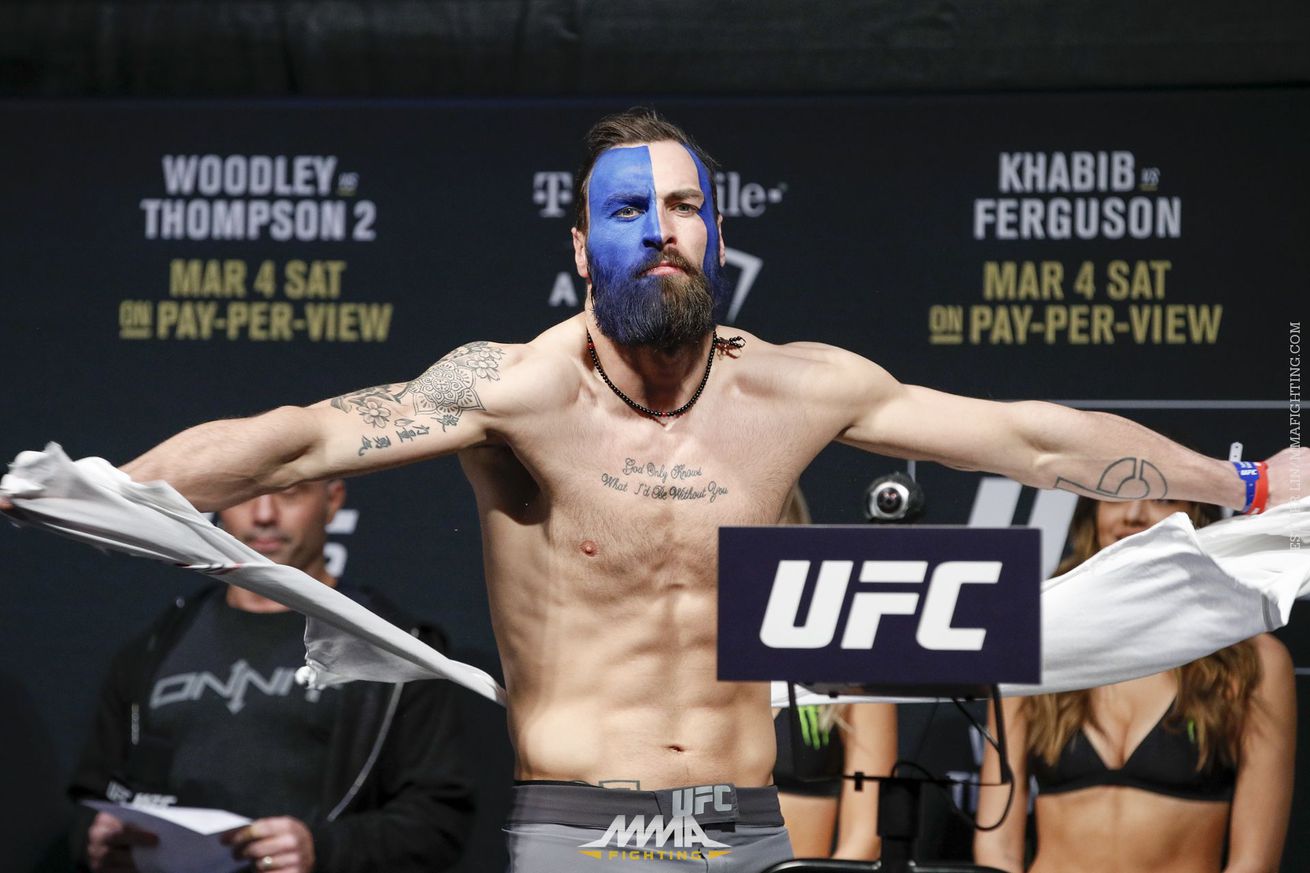 LAS VEGAS — Take one look around the UFC and it’s easy to see that the list of viable prospects at 205 pounds is a bit of a wasteland. Outside of the cemented top four of champion Daniel Cormier, upcoming challenger Anthony Johnson, and former title challengers Alexander Gustafsson and Glover Teixeira, the division is wide open with very little in the way of blue chip up-and-comers who will one day fill the ranks when the old guard fades away.

The situation has led the UFC to take occasional stabs in the dark over recent months, matching up highly-ranked fighters like Teixeira and Ovince Saint Preux with unheralded new blood like Jared Cannonier and Volkan Oezdemir on the off-chance that UFC matchmakers find a diamond in the rough who can ascend the stagnating ranks of 205 pounds.

That trend has not gone unnoticed by some of light heavyweights newer names, and tucked away on the undercard of UFC 209 is a match-up between two undefeated prospects which could churn out the next 205-pounder to get a chance at the fast track to the top 10.

“That’s where I want to be,” said Tyson Pedro (5-0), who meets fellow unbeaten Paul Craig (9-0) on the UFC Fight Pass featured prelim. “We’re one and one apiece in the UFC and it’s going to be exciting, because they’re putting faith in these two rising prospects, what they’re going to do with us, with the winner, so I’m ready to come put on a show. The way he’s been talking, you’d think he has the belt at the moment, but he wants a top 15 opponent, so technically he should walk straight through me. So we’ll see on Saturday.”

Pedro, 25, and Craig, 29, are both youngsters in a division ruled largely by an aging generation — not including exiled former champion Jon Jones, whose suspended status and many troubles over recent years make him a hard fighter to trust. And both Pedro and Craig made worthy statements of their talents in their UFC debuts. Pedro submitted TUF finalist Khalil Rountree in just four minutes, while the colorful Craig shut down the win streak of Luis Henrique da Silva with a slick second-round armbar.

Now they have been fed to each other, one undefeated record against another, and both men feel like the opportunity is there at UFC 209 to deliver a message to the promotion that could lead to big things in 2017.

“They’re either backing me or they’re backing Tyson Pedro, and I don’t know if I’m just a guy who’s supposed to be getting whooped, but that’s not happening, man.”

In just his second UFC fight, Craig has already established himself a light heavyweight with a flair for the theatrics. The native Scotsman, nicknamed “The Bear Jew,” donned a traditional kilt for UFC 209 media day and painted himself in the Braveheart blue and white for both of his UFC ceremonial weigh-in appearances. Craig says he’s simply trying to fun with the opportunities afforded to him, after long imagining that the Octagon would be goal too far out of reach.

“Before I signed with the UFC, man, we pushed for this,” Craig said. “I wanted this for a long time, and it’s hard being a Scottish guy. No doubt we’re not a huge population, and we’ve not got a lot of top-level guys in the UFC. That’s the bottom line. So to get looked at, it’s a big thing for me, man.

“When I started watching MMA, guys like Mark Hunt were already here established and already whopping folks, so it’s a short adventure. But I believe I’m ready. I believe that my skillset and ability to have a bit of fun stands me out from everybody else. You know you get guys who just kinda sit there, ‘yes, yes, yes.’ What’s the point, man? We’re here to have some fun. May as well say some outlandish crap.”

In just having some fun, Craig has taken plenty of light-hearted jabs at Pedro, however the young Australian has taken it all in stride. Pedro, like Craig, never thought his UFC opportunity would come so soon, so now that it’s here, he’s not about to get bogged down by drama and lose out on the fruits that may come with a standout performance on Saturday night.

“I like a bit of back-and-forth banter,” Pedro said of Craig, laughing. “If he believes it, I’ll be a bit worried with what he’s saying, because then he’ll be in for a rude shock. But I’ll be very impressed if he is as good as he says he is.”