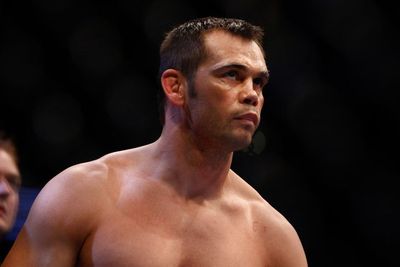 What should have been a routine layover at a Los Angles, Calif., airport turned into an embarrassing moment for former Ultimate Fighting championship (UFC) Middleweight champion, Rich Franklin.

“Ace” — who retired from active mixed martial arts (MMA) competition earlier this year — was detained by immigration officials, handcuffed and then whisked away to an isolation cell.

According to Daphne Ortiz, publicist for Franklin, he wasn’t told the reason he was being detained in a statement she offered up to MMA Weekly.

It was only until later that it was discovered that it was all a case of mistaken identity, as officials confused Franklin with a convicted felon who carries the same name … and is also from Ohio.

Franklin — who now serves as Vice President for ONE Championship — is often a victim of mistake identity during his frequent travels overseas, according to Ortiz. However, she feels this instance was a bit more exaggerated by authorities thanks to the heightened level of security that has surfaced as a result of the recent terrorist attacks in Paris.

While “Ace” understands the diligence and urgency of the matter because of the cowardly attacks, but the entire ordeal was upsetting ….View original article