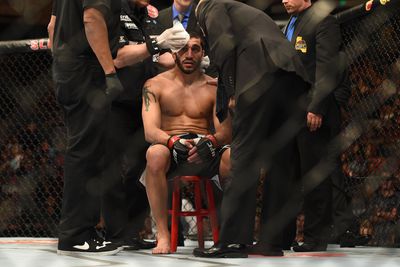 Ramsey Nijem was one of a dozen or so mixed martial arts (MMA) fighters who parted ways with Ultimate Fighting Championship (UFC) last month.

But not because he dropped a split decision at UFC on FOX 16.

Instead, Nijem (9-6) claims he was turned away because he asked for more money when the promotion offered up a new deal. Not only did reps balk at his request for additional dough, they flat-out threatened him with “bad match ups” if he didn’t play ball.

“They made an offer to me and – man, I’m losing money fighting there. I said no and that I need more money to fight because it’s not possible. If you don’t have sponsorships it’s not profitable. It’s a really hard way to make a minimum wage salary. I asked for more money and they said, ‘No, this is what you’re going to get.’ That was that. The next thing you know, I got pulled out and told I was going to get bad matchups. I was given a bad matchup. After that was the whole WADA thing. I just don’t think I get paid enough to tell someone where ….View original article