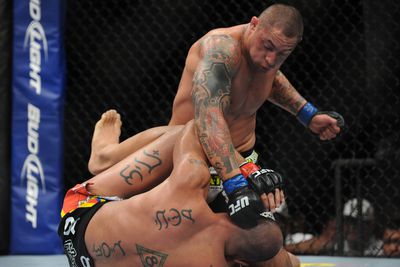 Former UFC veteran Thiago Silva (16-5-2 NC) lost his most recent fight against Marcus Sursa this past Saturday in the main event of Gladiator Challenge. The fight took place in St. Charles, Mo.

Sursa defeated the Silva via knockout at 2:00 of round two.

The 33-year-old Silva is currently on a two-fight losing streak, which also includes a knockout loss to Teddy Holder at WSOF 19. Prior to that, the Brazilian had a successful UFC career where with nine victories, three losses, and two no contest that were originally wins but were overturned due to failed drug tests.

Silva was released by the UFC back in September of 2014 following a series of incriminating YouTube videos posted by his ex-wife, who accused him of domestic abuse. Silva denied those allegations.