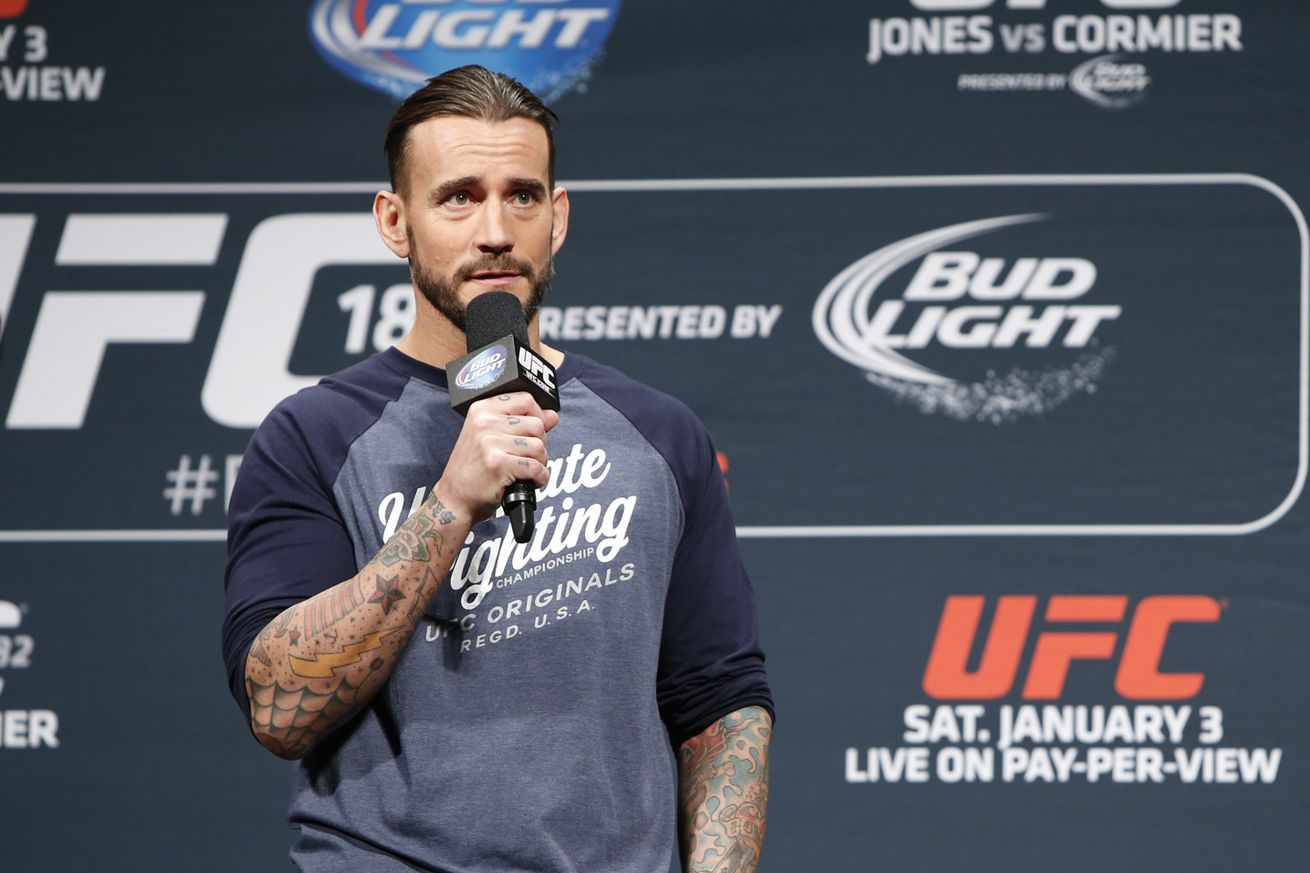 How many wins does it take for a former WWE superstar to earn an Ultimate Fighting Championship (UFC) title shot? According to CM Punk, it’s not far-fetched to believe he can do so after winning three or four fights.

That’s what the mixed martial arts (MMA) newcomer — who also declared his combat sports career is far from a publicity stunt — told Colin Cowherd on the latest edition of “The Herd” (via MMA Fighting):

“I know people think this is a publicity stunt, I’m never going to set foot in the Octagon. I look forward to proving them wrong, but to me, it’s not super far-fetched to be like, ‘You know what? What if I put three or four wins together? Who’s to say I don’t get a title shot?’ I’m a very positive thinking person. Of course I’m not going to saddle myself with this negativity that’s, ‘Oh, that’s it for me.’ Because to me in life, it’s so cliche and it sounds so corny, so Karate Kid-like, but it’s not about getting knocked down. It’s about how many times you get up. That’s why I train the way I do. I get knocked down in training every day, so on Sept. 10th I won’t get knocked down. To wrestling fans who say, ‘Oh, this is B.S.’…the ones who say I’m going to fight one time are the same ones now saying I’m never going to make it to the Octagon. That’s for them to say. They’re entitled to their opinion, but I’ll prove them all wrong.”

Brock Lesnar — another ex-WWE star who turned to MMA — earned his first-ever UFC title fight after just one win over Heath Herring. And he took full advantage of it, knocking ….View full article