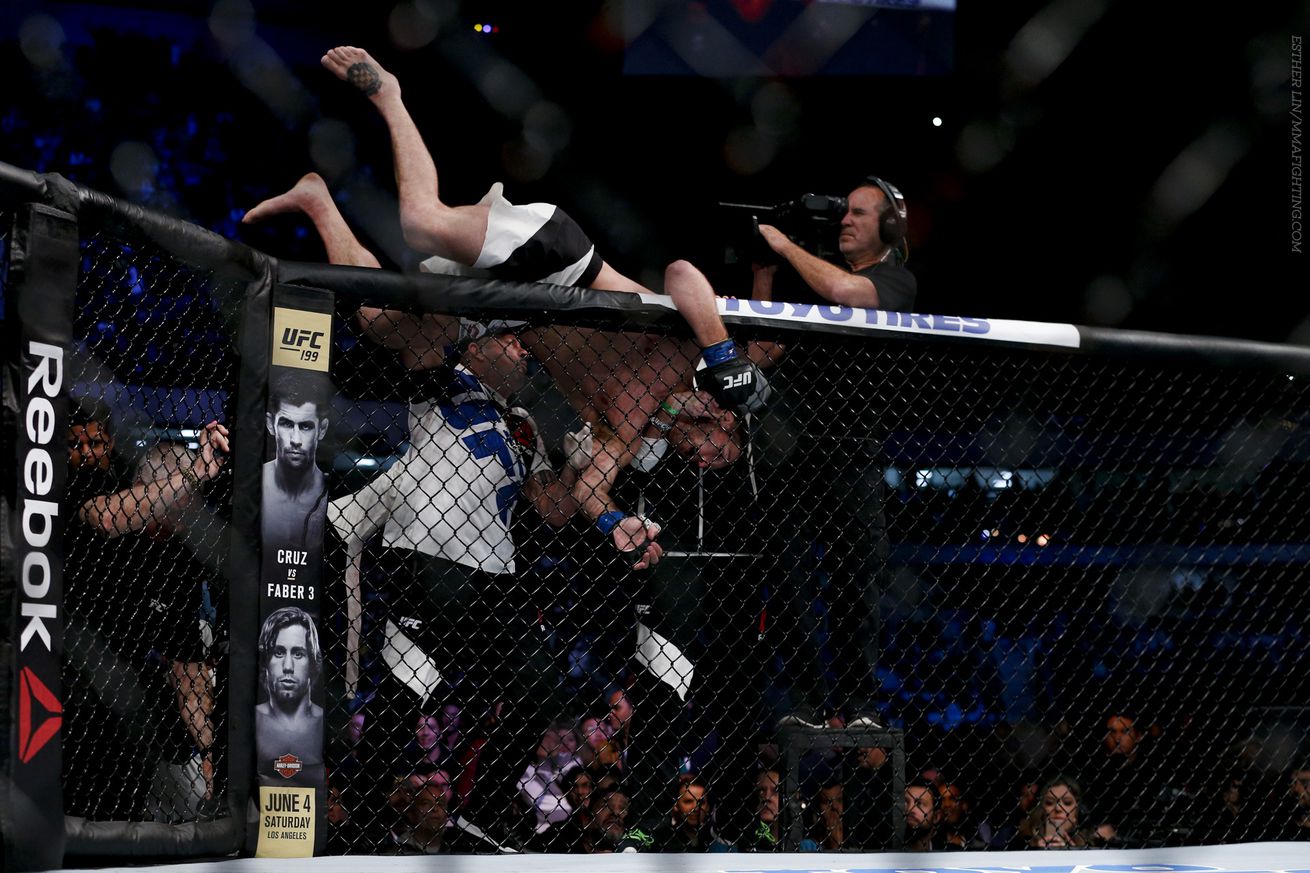 UFC 198 was one of the deepest UFC shows in years, drew the biggest MMA crowd ever in Brazil, and ended with all but one of the key fights ending decisively.

We got a new heavyweight champion, a likely next contender at middleweight, someone who has a strong case for a title match at welterweight, wins by a couple of Brazilian legends on home turf and one of the year’s great brawls.

Stipe Miocic (15-2) became the new face at the top of the heavyweight division, beating Fabricio Werdum (20-6-1). A frustrated Werdum immediately started pushing hard for a rematch. The fight ended quickly and decisively with Werdum trying to finish fast and Miocic, on his heels going backwards, hit a counter right that put Werdum down and out.

While the finish was not controversial in the least, it wasn’t a fight that would convince Werdum or his fan base that it’s any kind of a lock the rematch would go the same way. Miocic didn’t dominate, he just landed a finishing blow that may or may not happen if they were rematched.

But with Alistair Overeem and Cain Velasquez, neither who has faced Miocic in the past, looming as contenders, as
well as Junior Dos Santos, Werdum will likely have to beat at least one top heavyweight before getting a shot.

It shakes up a division that had been dominated by Velasquez, Dos Santos and Werdum for more than five years, and hadn’t developed any new strong contenders in a long time. Miocic has been on the UFC scene for five years, and has been established as a top-ten level fighters since a 2013 win over Roy Nelson. Werdum was his third straight knockout victim, following ….View full article