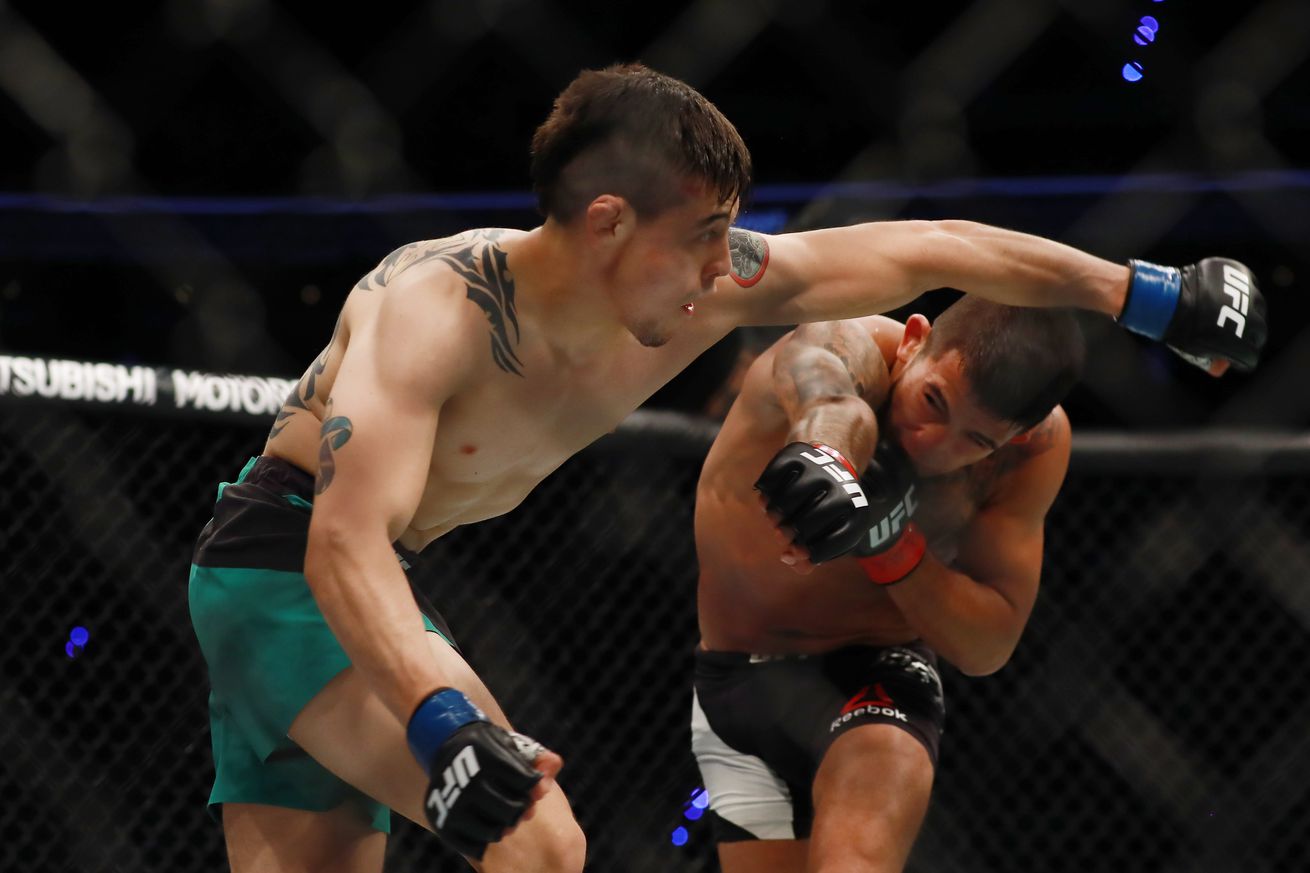 Ever since UFC started running at Arena Ciudad in Mexico City in late 2014, it’s become arguably the toughest arena to fight in.

It’s not the fans, since Mexico City has lived up to its reputation of having some of the hottest fight crowds in the world. It’s the altitude. Even before the first show in the city, it was talked about as a major issue. It became the most-talked about issue regarding fighting in the city when, on the second UFC event in the arena, Cain Velasquez, known as the best conditioned heavyweight in the sport, hit the exhaustion wall late in the first round and never got back into the fight, losing his championship to Fabricio Werdum via third-round stoppage.

Werdum had spent nearly two months in the area getting acclimated to the climate, which as a headliner, he could afford to do. Velasquez didn’t heed the warnings, and found out two weeks in Mexico City wasn’t enough to acclimate him. While he learned a lesson, for most fighters, even if they know the lesson, they simply can’t afford setting up camp for months in the area.

The idea that fighters would be leery of getting tired fast, and fight at a slow pace is always expected. But the altitude wasn’t as much a factor since so many of the fights were short and with decisive finishes. The show tied a modern record with seven first-round finishes in 12 fights.

And while conditioning did play a factor in some fights, a show with mostly smaller fighters saw nobody hit the wall noticeably hard.

As it turned out, the top two fights went the distance, and it’s likely both were decided in the closing minutes.

Crowd favorite Alexa Grasso (10-1) of Guadalajara, easily the most popular woman MMA fighter in the country, and Randa Markos (7-6) split the first two rounds of their strawweight fight. Markos got a key takedown in the third round and was clearly winning the round midway through. Grasso kicked her off and landed more punches in the closing two minutes to do just enough to take the round on two of the three judges’ cards It was an opinion shared by 83 percent of media scores listed on MMADecisons.com.

The main event, a fight that had legitimate title shot implications for whoever won. Sergio Pettis (16-2) beat Tijuana’s Brandon Moreno (14-4) in a five-round flyweight fight. Moreno easily won the first round, keeping positional dominance most of the round. But he was unable to finish his choke attempts. Still, it was enough for two judges to award him 10-8 scores.

Moreno couldn’t take the fight to the ground. He lost the next three rounds. Still, with the first-round score, he was only down 38-37 on two cards, meaning if he took the fifth round, he’d escape with a majority draw.

Moreno took Pettis down to start the fifth round and kept him there for about 3:40. He didn’t do major damage and was not at all aggressive from the top. Had he been, the result would have been different. In the last 80 seconds, Pettis was able to get to his feet, and land just enough to win the round and the fight. Media scores were 82 percent for Pettis, meaning most felt he did enough in that last part of the round to take the fight, even if the hometown crowd strongly disagreed.

There were two other split decisions on the show, one of which involved the biggest star on the card, Rashad Evans. A former light heavyweight champion, Evans (24-7-1) looked much smaller as a middleweight and lost his fourth in a row to Sam Alvey (31-9, 1 no contest). While Evans was clearly upset by the scoring, 79 percent of reporters agreed with the decision.

What was sad wasn’t so much Evans losing, but that Evans, who has been one of the company’s biggest names for nearly a dozen years, was booked fifth from the top. This was on a show that had no other major name fighters, and really only Pettis as someone that a casual fan would see as a star.

The fourth split decision came in a fight where Alejandro Perez (19-6-1), a Mexico native who fights out of San Jose, Calif., pulled out a win by taking the third round over Andre Soukhamthath (11-5) in a bantamweight fight.

This was the split decision where reporters went the other way, with 80 percent feeling Soukhamthath had won the fight.

Let’s look at how fortunes changed for five fighters on Saturday’s show.

SERGIO PETTIS – Flyweight champion Demetrious Johnson already made it public that he has asked for Pettis as his original opponent for his attempt to break Anderson Silva’s consecutive title defense streak. Johnson said he thought Pettis will create a fight with more interest than any other viable opponent in his division.

But UFC went with Ray Borg first, and then there was the standoff regarding putting T.J. Dillashaw in that spot, before both sides settled on Borg. The fight takes place Sept. 9 in Edmonton.

Pettis looked sharp enough here that he wouldn’t feel out of place in a title match, even if he’d be the decided underdog.

Whether Pettis’ win convinced the general public he could beat Johnson is unlikely, but if Johnson gets past Borg, Pettis will be the best fighter in the division who Johnson has never faced.

If the upset happens and Borg wins, Johnson, because of his long-term division dominance, would likely get a rematch. In that case, Pettis should then face Joseph Benavidez (25-4) to determine a next title contender.

BRANDON MORENO – Moreno came into the fight 3-0 in UFC competition, with submission wins over highly-ranked Dustin Ortiz and Louis Smolka. A fight that makes sense for him next is Ben Nguyen (18-6), another top 10 ranked fighter, and a bout that would make sense to help elevate either fighter if they won.

ALEXA GRASSO – Grasso moved into the top 15 with her win. Her best next fight would be with Paige VanZant (7-3), but there is talk of VanZant moving up to flyweight instead. Grasso struggled with her weight, missing by three pounds here, which may also bring up the question if she should move up. Because of VanZant’s marketability, a fight with her would help build Grasso’s name, particularly with a win. If not, the next most marketable fight for her would be Michelle Waterson (14-5).

NIKO PRICE – Price (10-0, 1 no-contest) scored his biggest career win in stopping Alan Jouban (15-6), a name welterweight fighter in just 1:44. Price’s no-contest was a second-round stoppage overturned due to a marijuana test violation. In his 11 pro fights, he’s stopped 10 opponents, eight in round one.

That kind of success rate and the Jouban wins should get him a name fighter next. Gunnar Nelson (16-3-1) is coming off a quick loss, but is a big enough name that if Price can get past him, it would be the biggest win of his career.

SAM ALVEY – Smilin’ Sam, who is always ready after every fight with a challenge, went with Vitor Belfort (26-13, 1 no contest) in a post-match challenge. Belfort has already answered, saying he’s up for the challenge and even suggesting Las Vegas at UFC 216.

Alvey is said that he’s looking to fight anyone who has a win over his coach, Dan Henderson, saying that’s where the Belfort call out came from.