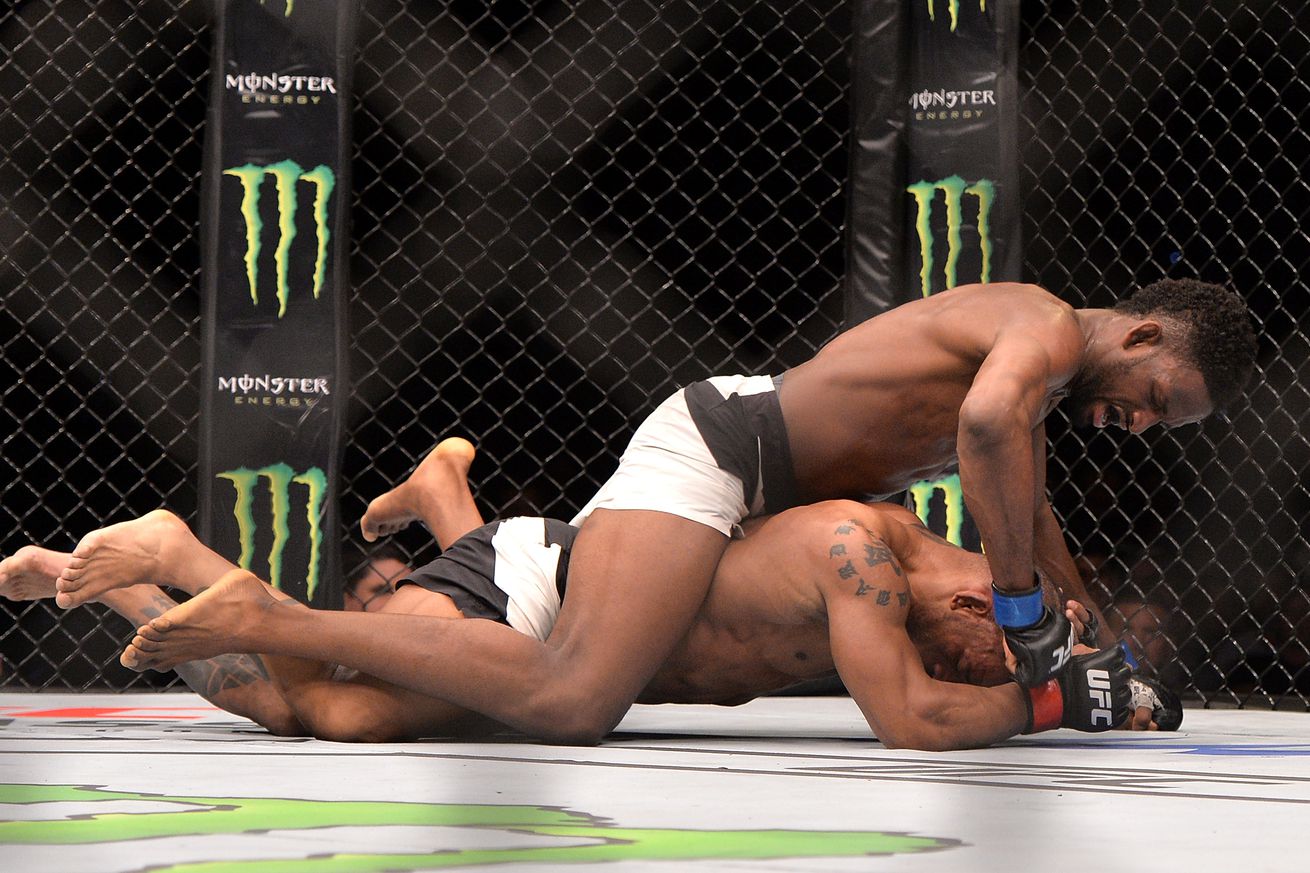 There is the margin of perspective and judgment calls when it comes to stopping fights and scoring, but Saturday’s Neil Magny vs. Hector Lombard fight seemed far beyond that.

Neil Magny scored the biggest win of his UFC career on Saturday night when he became the first person ever to finish Hector Lombard after 42 pro fights.The win should put Magny very close to title contention at welterweight with 10 wins in his last 11 fights.

But there were far more pressing issues coming out of the fight in Brisbane, Australia than where Magny stands on the welterweight ladder. Both Magny and UFC managing director of operations in the region, former CFL commissioner Tom Wright, spoke after the fight at the press conference about a late stoppage by referee Steve Perceval. “Late stoppage” is about the kindest thing you can say about it.

In a wild fight which saw Magny knocked down and nearly finished in the first round, he secured mount with 90 seconds left in the second. After 18 consecutive unanswered punches, with 1:13 left in the round, that gut reaction of “this needs to be stopped,” just turned on. About eight seconds later, the second gut reaction, that, “this is getting really ugly and why aren’t they stopping it?” went off.

After 60 more punches, with 21 seconds left in the round, Magny looked at Perceval seemingly asking what is exactly going on. By that point the gut feeling was bordering on revulsion and horror.