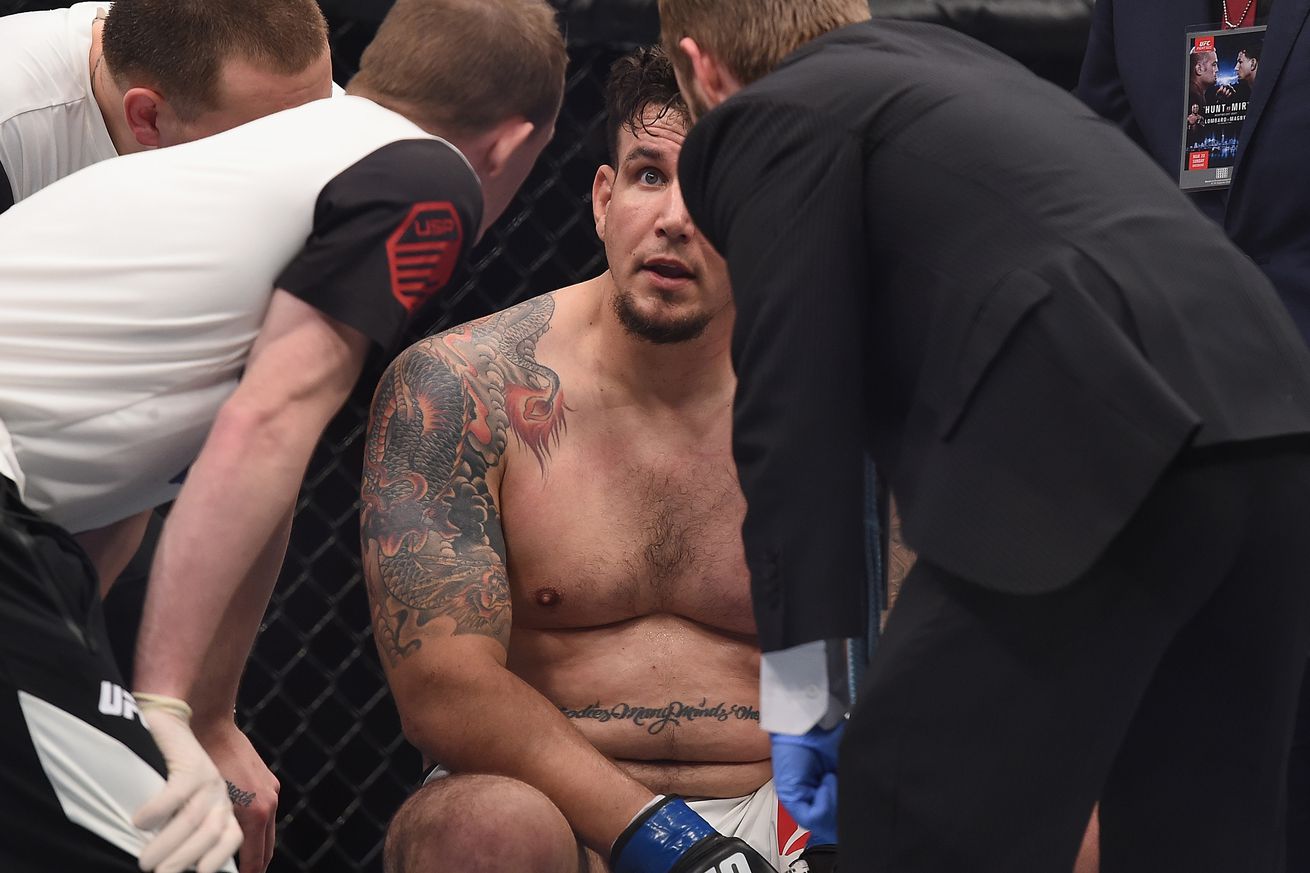 More on that mess here.

Mir, however, is adamant that he never knowingly ingested any sort of performance-enhancing drug (PED), and wondered aloud if the kangaroo meat he’s been ingesting (yuck) was responsible for the traces of oral turinabol metabolites, classified as an anabolic steroid.

Either way, his “B” sample was tested and corroborated the results, according to Mir’s comments on Phone Booth Fighting (via MMA Fighting):

“I went through the process just to see if maybe something happened with testing procedure, but they re-tested the ‘B’ sample and it came back with the same results, as far as having trace metabolites. Giving the animals [drugs] is not really unheard of, especially that — turinabol is extremely popular in Australia. So to give it to the animals to bulk them up, that way you make more money when it comes to bring that animal in to be butchered. It sounds awful, but I’m listening to it, trying to go back, trying to figure that out… Part of the procedure was that I had the right to be there in person where it was tested at. I asked for it to be sent a different lab, and that’s not the case. It gets tested at the same lab. Since I couldn’t be there, they appointed one of the other lab techs as my representative. But here’s my thought on that: you and I work for a lab, you do a test on a guy and let’s say you messed up, that somehow it came back the wrong test. ….View full article