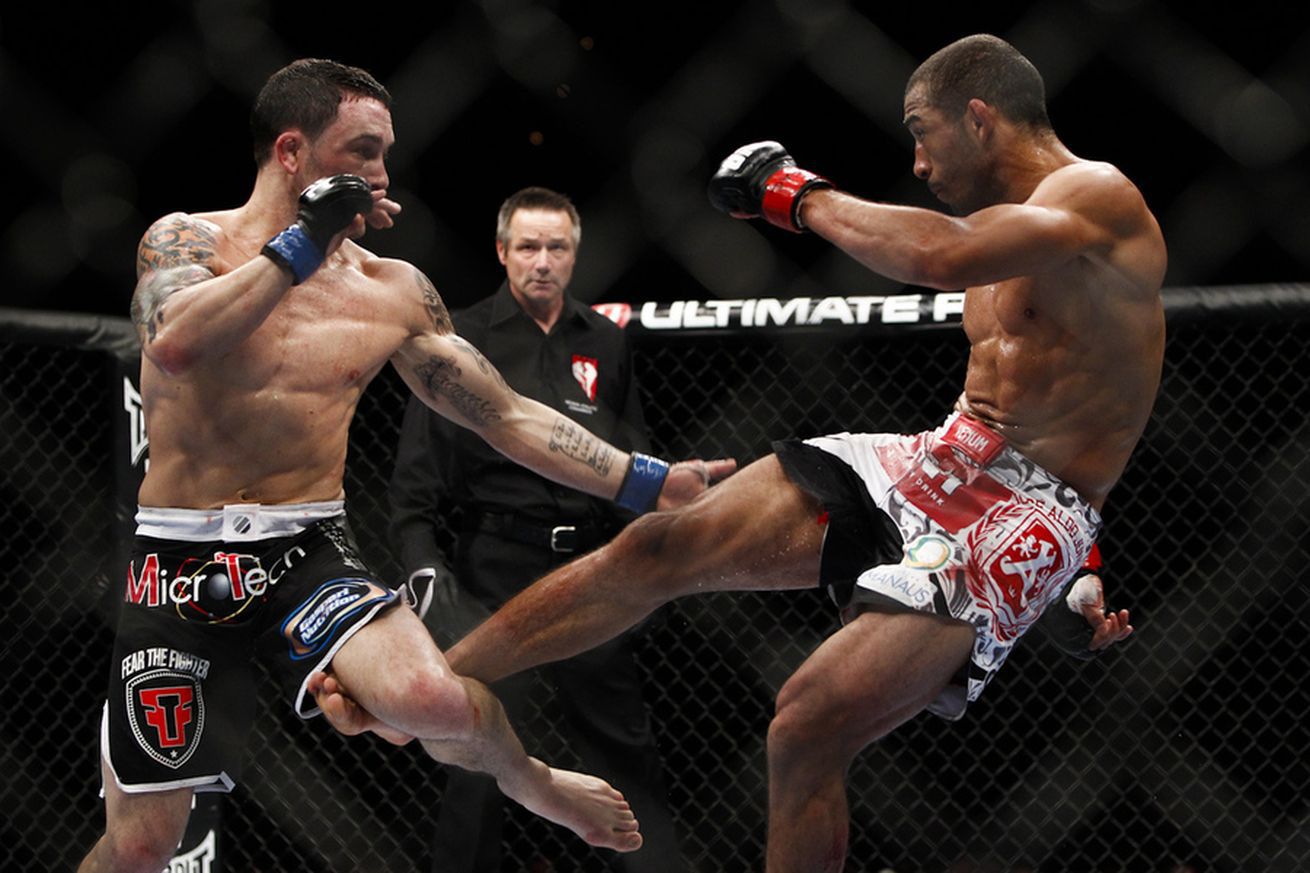 Frankie Edgar has been involved in some of the most entertaining fights in Ultimate Fighting Championship (UFC) history. His trilogy with Gray Maynard — particularly the last two encounters — were quite riveting.

“The Answer” has captured a lightweight title and fought for a featherweight strap, but couldn’t convince the judges he was deserving of a decision nod against Jose Aldo. Edgar took on then 145-pound champion and lost via unanimous decision in Feb. 2013.

However, as was the case with several of his past UFC losses, his title clash with “Junior” was anything but one-sided.

Edgar explains why he believes he won the fight to ESPN 97.3:

“All my fights I’ve lost have been very, very close. There’s never been a fight where I’ve gotten blown out, or haven’t been in. I mean, I could even argue, that I think I won that Aldo fight. I outstruck him rounds two, four and five. You know, took him down three times to none. It was a close fight; my first fight down at 145. I think I’ve improved. I’m not looking to fight Aldo yet, I want to fight McGregor for that 145-pound title, but I’d love a chance to get some redemption at Aldo as well.”

The subject of the Aldo loss reappears as both Edgar and the Brazilian have started their campaigns for a featherweight title shot against current champion Conor McGregor, who was recently sent packing (see it) from the 170-pound division by Nate Diaz.

As one might expect, Aldo felt it was his right to be installed in an immediate rematch with “Notorious” after he was clocked and dropped 13 seconds into a UFC 194 main event last December. The 29-year-old went on to reassert himself into title contention once ….View full article