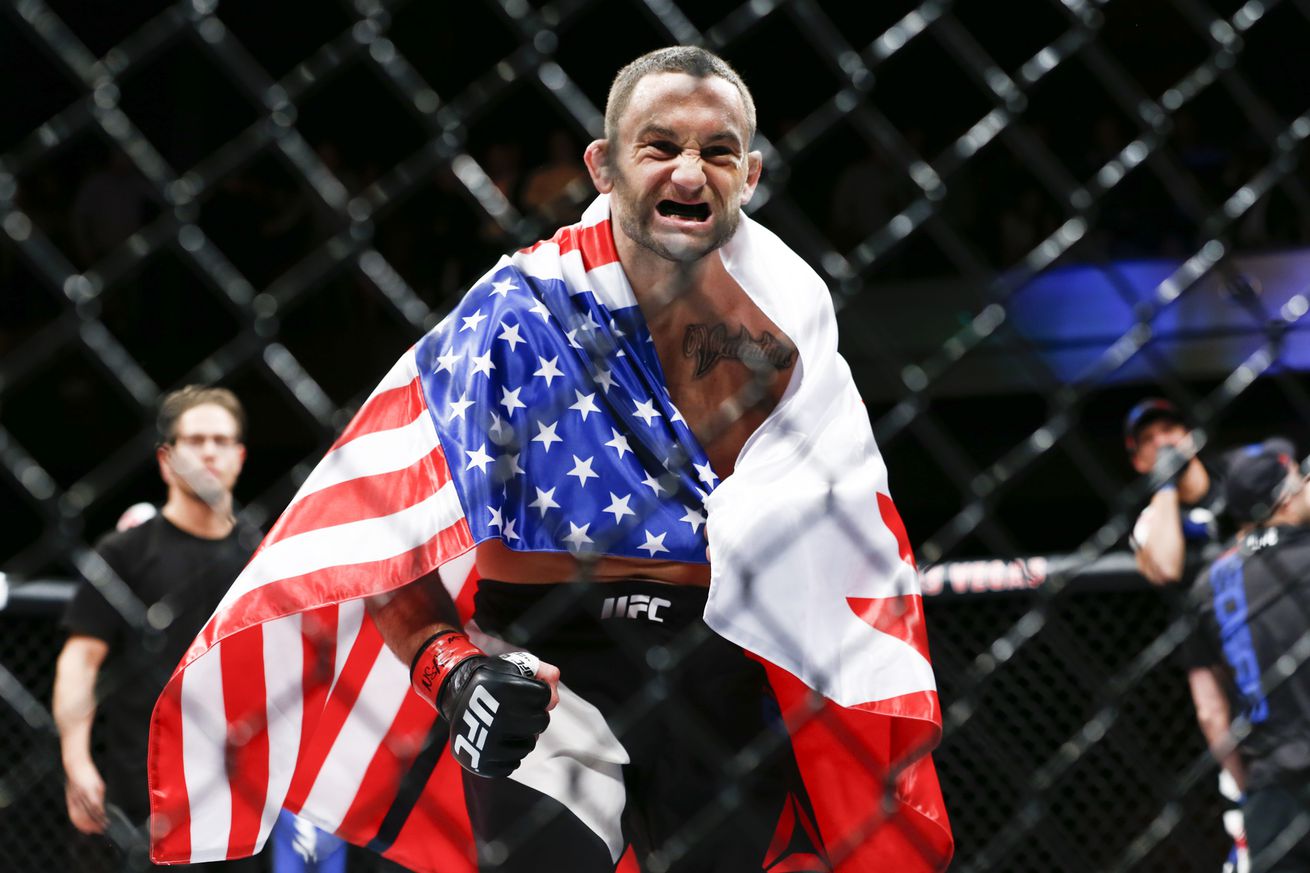 The decision to allow Conor McGregor to vault up a division and challenge Rafael dos Anjos for the lightweight title at UFC 196 never sat well with Frankie Edgar, but Edgar could at least understand where he stood in the equation. Regardless of a McGregor win or loss, the Irishman was just 10 pounds away, and Edgar may have been vying for the UFC featherweight title by the summer.

But then dos Anjos suffered a broken foot, and overnight Edgar found himself like the rest of us, stuck riding sidecar as McGregor spins his increasingly tangled web through the fight game. That lightweight showdown with history on the line? It turned into a welterweight showcase against Nate Diaz. And now that McGregor is two divisions away, Edgar can’t help but wonder: has featherweight seen the last of its reigning champion?

“You can’t just hold this weight class up hostage like that for that long,” Edgar said Monday on The MMA Hour. “The rumors are he probably can’t make 145 again. I mean, the guy cut a boatload to be the biggest guy in there. And now, if you can’t make the weight, it’s not his problem. He’s too big. Just let it go, and maybe we’ll meet at 155 down the road. Who knows?”

Edgar’s comments come on the heels of an interview with MMA Fighting last week in which he tore into the UFC for its handling of UFC 196 after dos Anjos dropped out. The UFC approached Edgar to replace the Brazilian on 11 days’ notice, but Edgar was forced to decline due to a torn groin.

Edgar has since hashed out his complaints with the promotion, but at the time he felt as if UFC President Dana White misrepresented the situation by publicly ….View full article