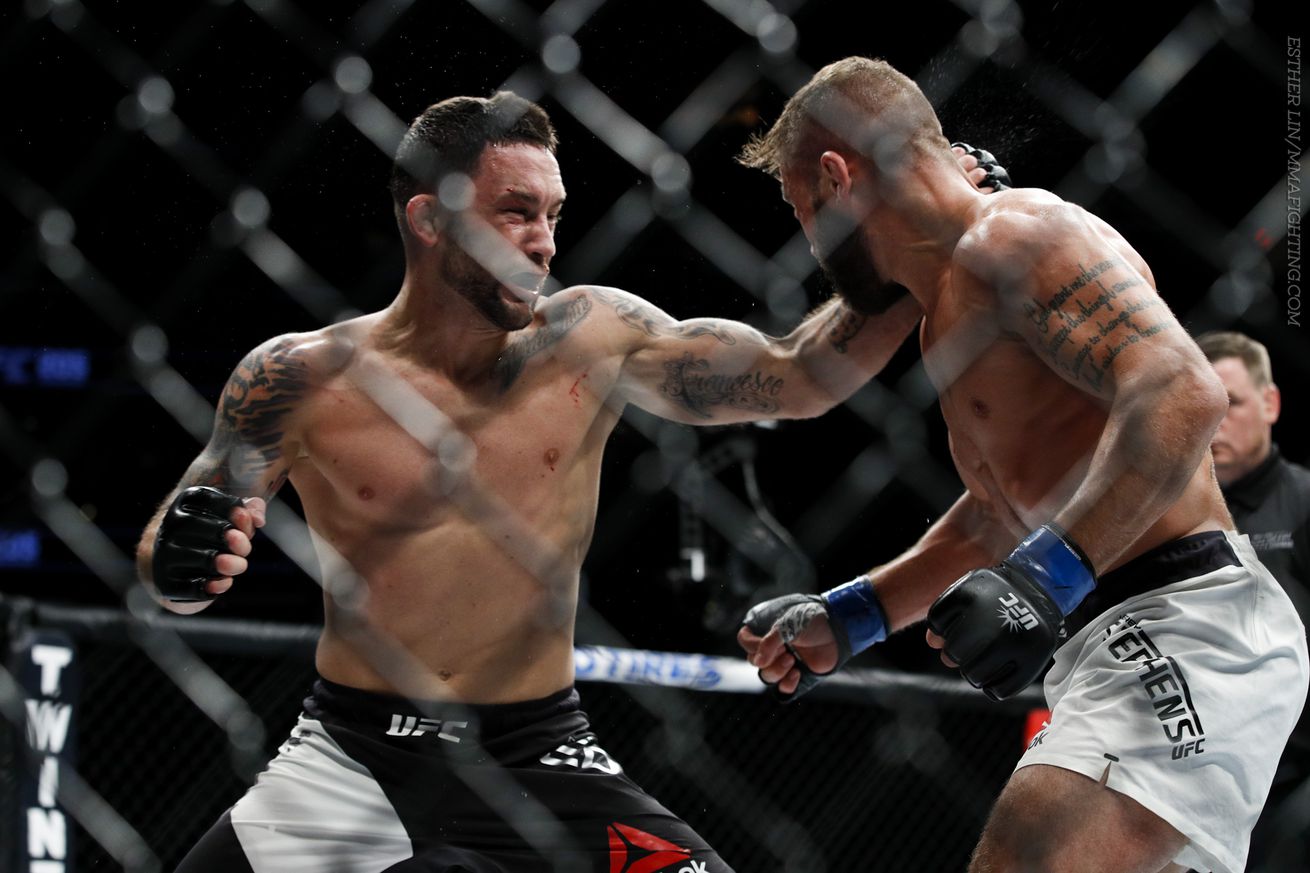 Interim belts are en vogue nowadays, at least in the UFC. Frankie Edgar, a man who has held the real-life UFC lightweight title, doesn’t quite understand the necessity.

Egdar’s current division is a bit messy right now. Conor McGregor won the featherweight title against Jose Aldo in December 2015, then was stripped of the title by the UFC after winning the lightweight title from Eddie Alvarez back in November.

That’s a lot to digest. And here’s more: In the lightweight division, Khabib Nurmagomedov and Tony Ferguson are fighting for the interim title at UFC 209 on March 4 in Las Vegas. Even thought McGregor just won the undisputed lightweight belt three months ago. In the past, interim titles were only brought out if the champion was away for an extended amount of time.

“I just think they’re getting silly with these interim titles,” Edgar told Ariel Helwani on Monday’s edition of The MMA Hour. “It’s a little too much. They’re already taking Conor’s 55 one away. I just don’t get it.”

Edgar (21-5-1) beat Jeremy Stephens by unanimous decision at UFC 205 in November. Despite the loss to Aldo over the summer, the future Hall of Famer is still right in the mix at 145. Edgar, 35, has won six of his last seven fights.

The option to move down to 135 — he was a very small lightweight and even a smallish featherweight — has been there, but Edgar is reluctant to do it given his current standing in the 145-pound division. He’s still one win, or less, away from a title shot, especially since a Holloway-Aldo fight for the undisputed title is up in the air.

The only way Edgar would move down to bantamweight, he said, is if he was given a title shot right off the bat. That doesn’t seem likely any time soon with champion Cody Garbrandt about to coach The Ultimate Fighter opposite challenger T.J. Dillashaw. Garbrandt will defend the belt against Dillashaw, the former champ, in July.

“If they offered me a title shot, I wouldn’t be able to turn it down,” said Edgar, who only has one fight left on his current UFC contract. “But I’m not gonna go down there and fight a contender fight and do that, not while I’m as close as I am, I believe still, at 145. Especially since we don’t know what’s gonna happen. I don’t want to leave yet and sh*t gets figured out and I’m sitting here fighting in a 135-pound contender fight when I could have been fighting for a 145-pound title.”

Edgar expects to be back in action after groin surgery by May. Perhaps things will be a little clearer then. If not, Edgar will just do what he has done for a decade in the UFC: fight his butt off and figure everything else out later.

“It’s kind of been a mess for a minute now,” Edgar said of the featherweight division. “I don’t know what to expect and what’s gonna happen next. I’m kind of just a participant and just seeing what happened.”