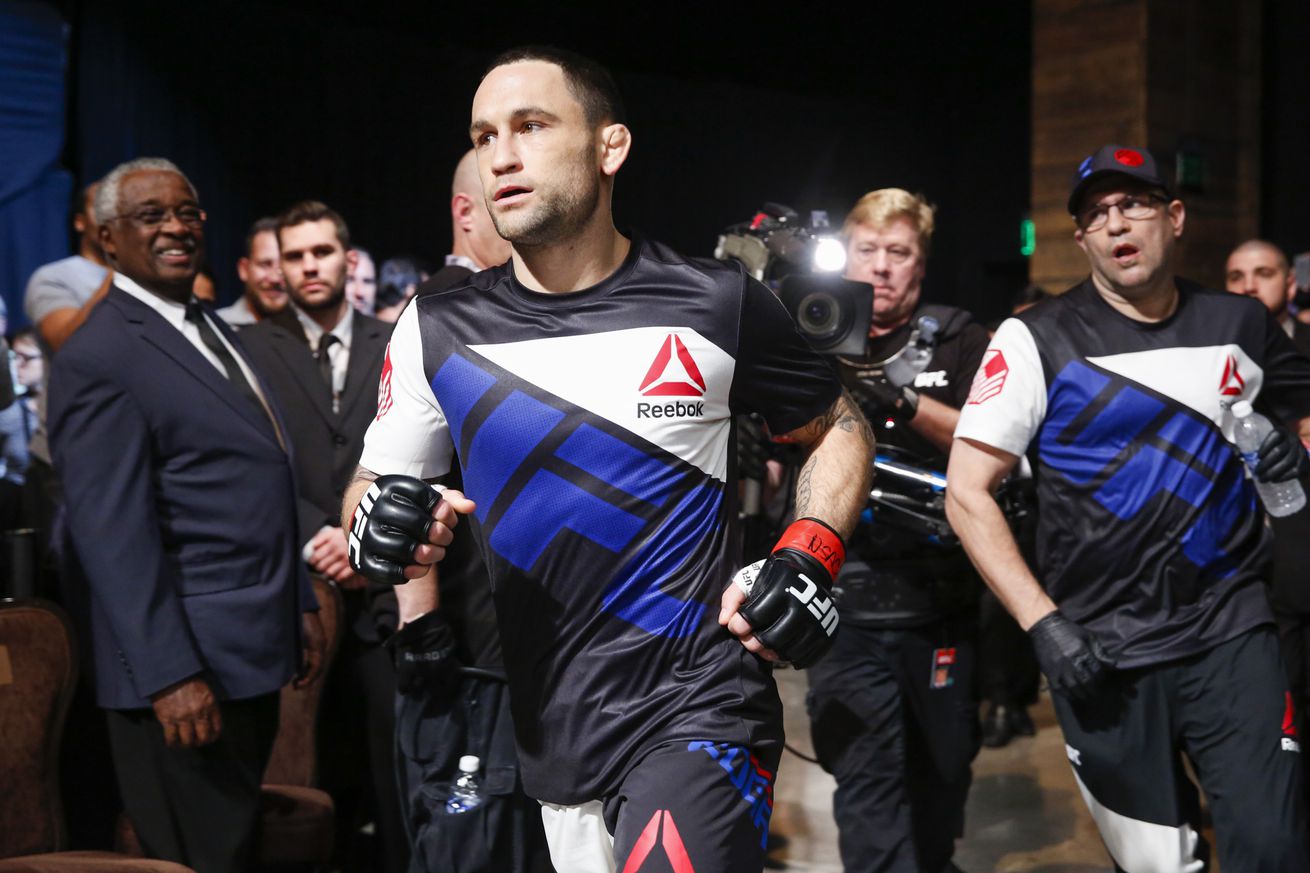 Frankie Edgar doesn’t usually let his emotions get the better of him, but he’s still not feeling totally stoked about the old bait-and-switch the UFC pulled on him regarding his title shot in mid-December.

And speaking of shots, he already knew that the man he is supposed to face next — Conor McGregor, who unified the featherweight title against Jose Aldo on Dec. 12 — was the one calling them.

Before it was announced that McGregor would be moving up to face Rafael dos Anjos for the lightweight belt at UFC 197, Edgar made one thing clear during an appearance on The MMA Hour: He believes the UFC is not only allowing McGregor to roam his hands over the control boards, but that they might be complicit in McGregor’s quest to avoid him.

“Yeah, from what I think, yeah, [McGregor]’s calling the shots,” Edgar told Ariel Helwani. “I don’t think it matters with Dana [White] and Lorenzo [Fertitta]. Really, I don’t think I’m the best fight that they want…I don’t think they want it either. So I’ve got all three of them against me.”

After knocking out Chad Mendes at the TUF 22 Finale on Dec. 11, Edgar was promised he was next to fight for the featherweight title. That was, until a night later when McGregor knocked out Aldo at UFC 194 and personally changed the narrative by flirting with a move to lightweight.

Now that McGregor has made the move, Edgar is left as the odd man out, forced to either wait for McGregor’s return to (at UFC 200, most likely), or keep busy as a No. 1 contender. The UFC is ultimately allowing McGregor to retain his featherweight title as ….View full article