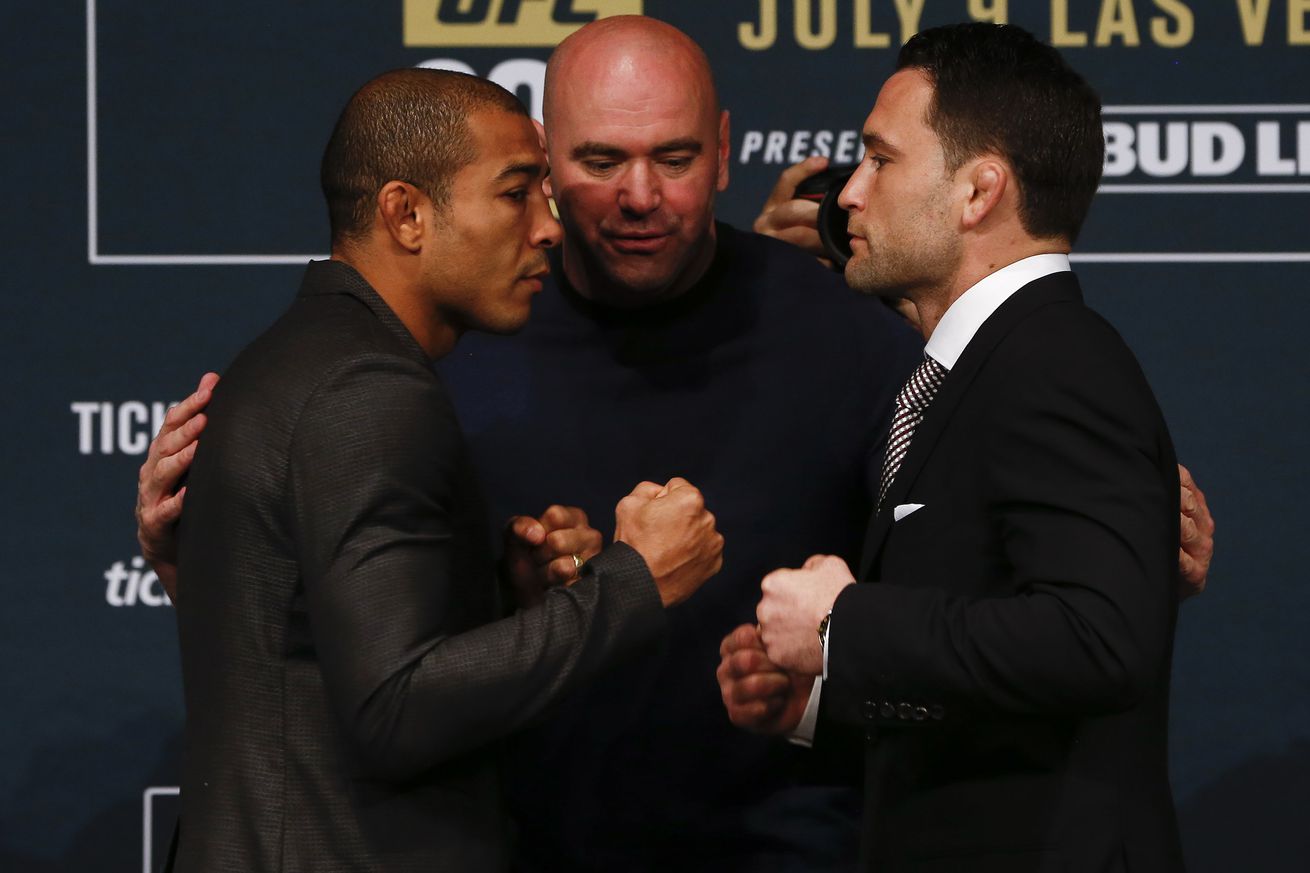 Former Ultimate Fighting Championship (UFC) lightweight champion and top-ranked featherweight contender Frankie Edgar believes he’s a much different fighter than he was when he first competed against Jose Aldo at UFC 156 back in 2013.

He’s also convinced “Junior” changed too, albeit for much different reasons.

Chief among them is his “embarrassing” knockout loss to Conor McGregor last December, which ended the fight before it ever got started. How well the Brazilian can rebound when he makes his mixed martial arts (MMA) return later this week remains to be seen, but Edgar has already called his finish.

From his conversation with FOX Sports:

“It has to mess with you. Close losses mess with you, never mind getting knocked out with one punch. Especially to a guy like Conor, who is going to relish in it the way he does and talk about it the way he does, no one’s better than him with that. I don’t want to say it was embarrassing because it can happen to anybody, but for Aldo, I think it was a little embarrassing. To be on top for so long and then have it happen like that to that guy. That’s definitely got to mess with him. I do think if I hit him with some good stuff early on, he’s going to really be questioning himself. Not only is he going to question himself from his last fight, but he’s going to question himself in the first couple of minutes of our fight. I get it done within three, hand raised. I walk home with that belt.”

An interim belt which may never be unified.

While McGregor chases welterweight glory next month in Las Vegas, Nevada, Edgar will try to get one step closer to 145-pound infamy at the UFC ….View full article