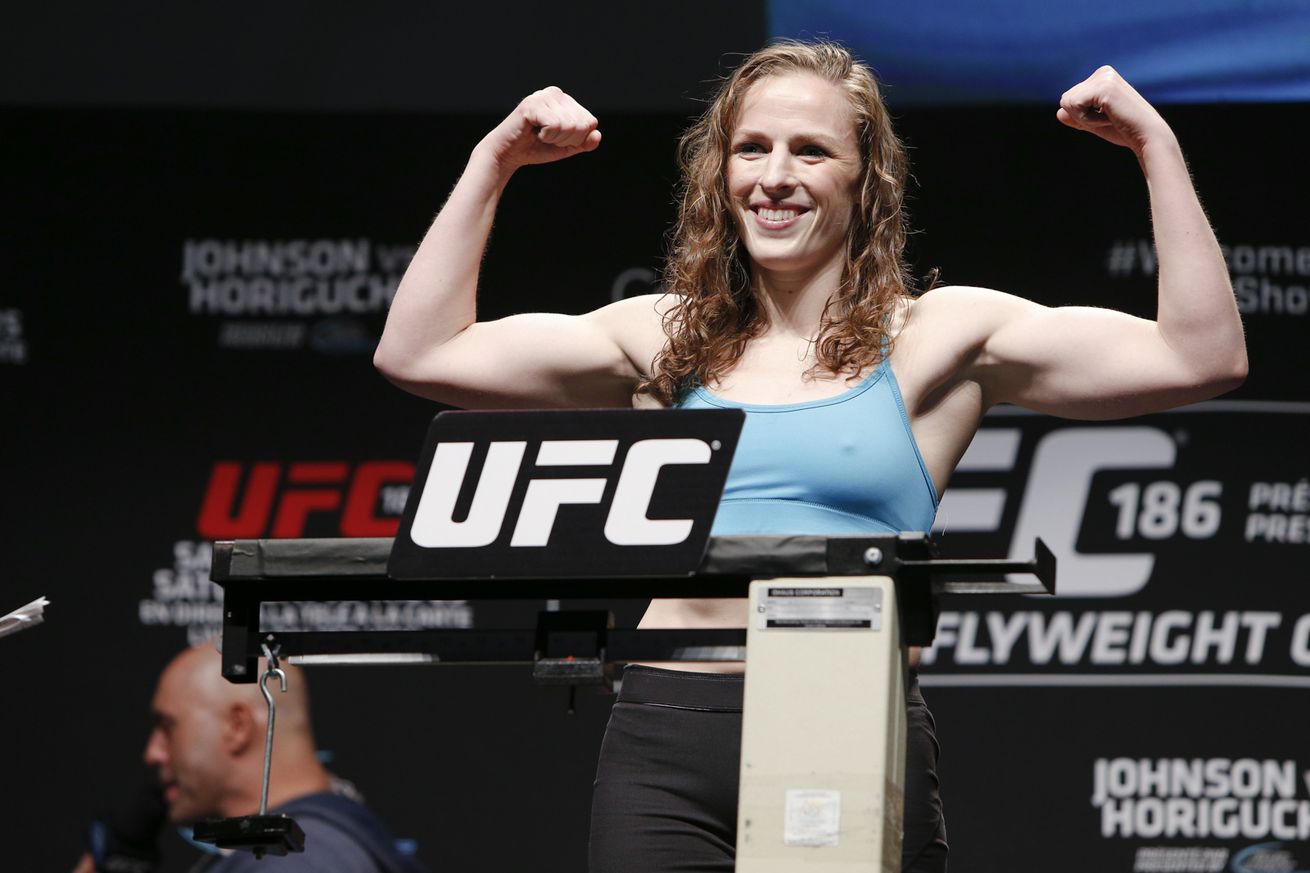 Sarah Kaufman was almost in Leslie Smith’s position back in May: across the Octagon from Cris Cyborg.

The former Strikeforce champion said her managers Malki and Abe Kawa got a call from UFC matchmaker Sean Shelby about Kaufman potentially fighting Cyborg in Cyborg’s UFC debut at UFC 198 in May. They immediately said yes — not knowing that Kaufman injured herself in training.

Kaufman was willing to take the fight anyway, but it didn’t come together. Smith became the opponent and Cyborg finished her via TKO in the first round in Curitiba.

“I wanted to take it,” Kaufman said. “I was like, ‘Yep, let’s take it anyway.’ Because I think that’s a fight I can win. I don’t think it’s just a big fight where you get paid a lot. I honestly think I can win that fight when I put everything together. So that’s a fight for sure that I’d be looking to have.”

Much like Cyborg, who doesn’t have a UFC division or many willing opponents, Kaufman is in limbo. Kaufman’s UFC contract expired in December and was not renewed after a loss to Valentina Shevchenko. The Canadian is keeping her options open now, willing to fight for promotions like Bellator, Invicta FC or Legacy FC. She has even decided on moving down to flyweight to give herself more avenues.

“I feel the confidence of, I know I can beat any of the girls in 135 and then 125 there’s lots of great girls there, but again I know skill wise that I have all the pieces and it comes down to who is showing up into the fight,” said Kaufman, who decided on 125 after taking a body composition test. “For me, I don’t care who I fight, whether it’s top 10 or bottom of the ….View full article