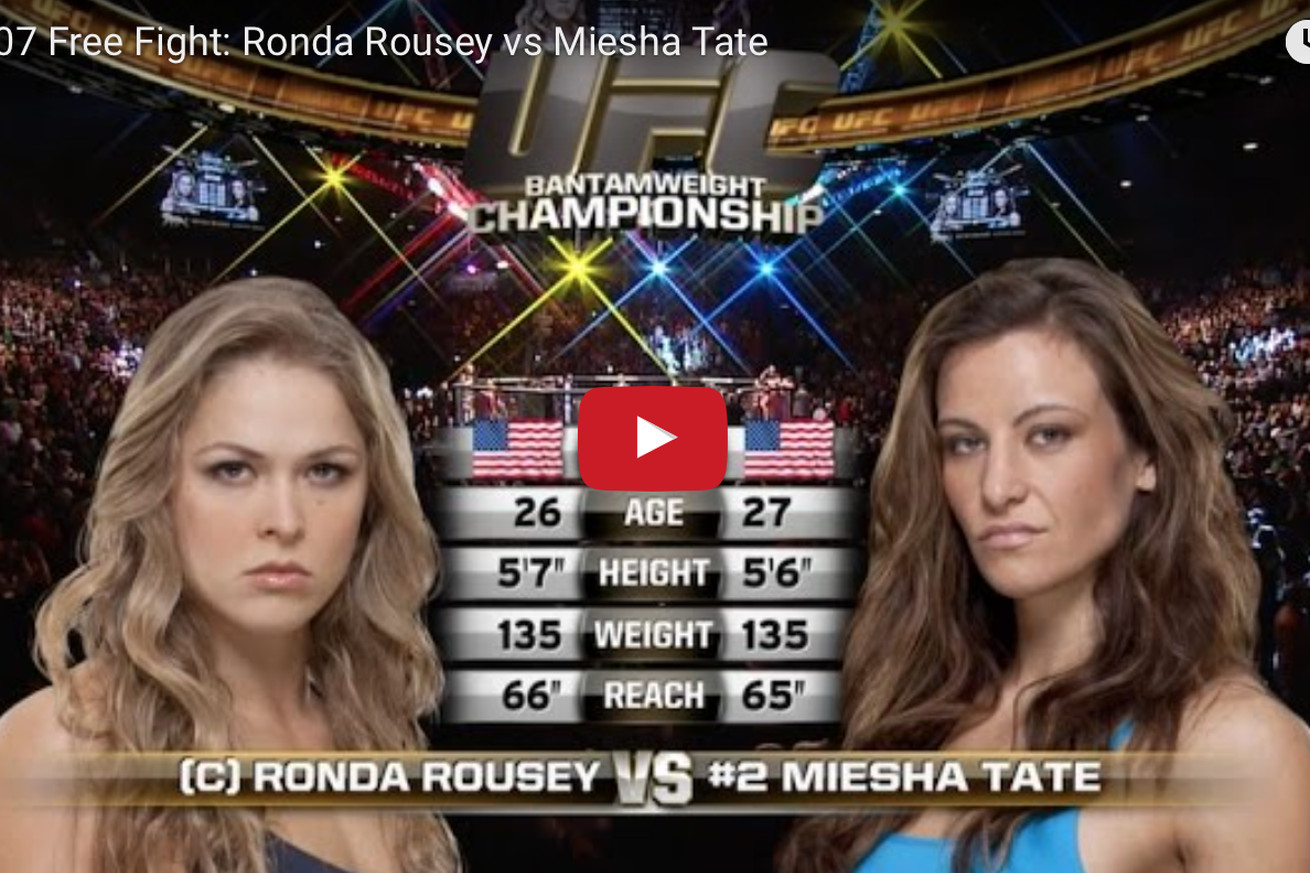 With former women’s bantamweight champion Ronda Rousey making her long-awaited return to the Octagon, the promotion is giving mixed martial arts (MMA) fans a refresher course on why she was so good to begin with.

That starts with her UFC 168 co-main event showdown against Miesha Tate, a rematch from their Strikeforce days, and it was another submission win for the “Rowdy” judoka — though “Cupcake” put up a pretty good fight for a handful of rounds.

It will be interesting to see if Rousey can return to form when she battles Amanda Nunes later this month, as “Lioness” smashed the now-retired Tate to capture the crown at UFC 200.

To see who else is fighting at UFC 207 in “Sin City” click here.