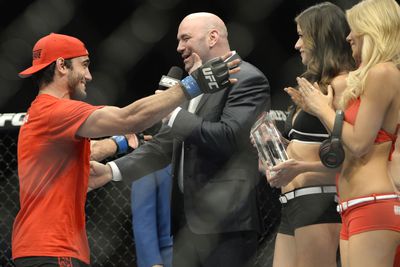 ZUFFA, parent company of Ultimate Fighting Championship (UFC), is not running a mixed martial arts (MMA) monopoly, according to the Federal Trade Commission (FTC), despite all sorts of claims to the contrary.

The investigation, re-opened last May, is official closed, according to Las Vegas Review-Journal.

“Earlier this year the FTC informed us that it was conducting a non-public investigation, which we believe was instigated by former fighters or their attorneys to bolster a civil action against UFC,” Chief Legal Officer Kirk Hendrick said in a statement (via MMA Fighting).

“After meeting with the FTC, we are pleased that they have sent us a letter stating that no further action is warranted and the investigation is now closed. We maintain full confidence in our business practices and continue to believe that the plaintiffs’ allegations are meritless.”

ZUFFA was under investigation in 2012 after the acquisition of Strikeforce, but was not found to be in violation of any anti-trust laws.

That hasn’t stopped a handful of former employees from banding together and taking on the combat sports giant (more on that here), but that court battle is expected to drag on for many moons.