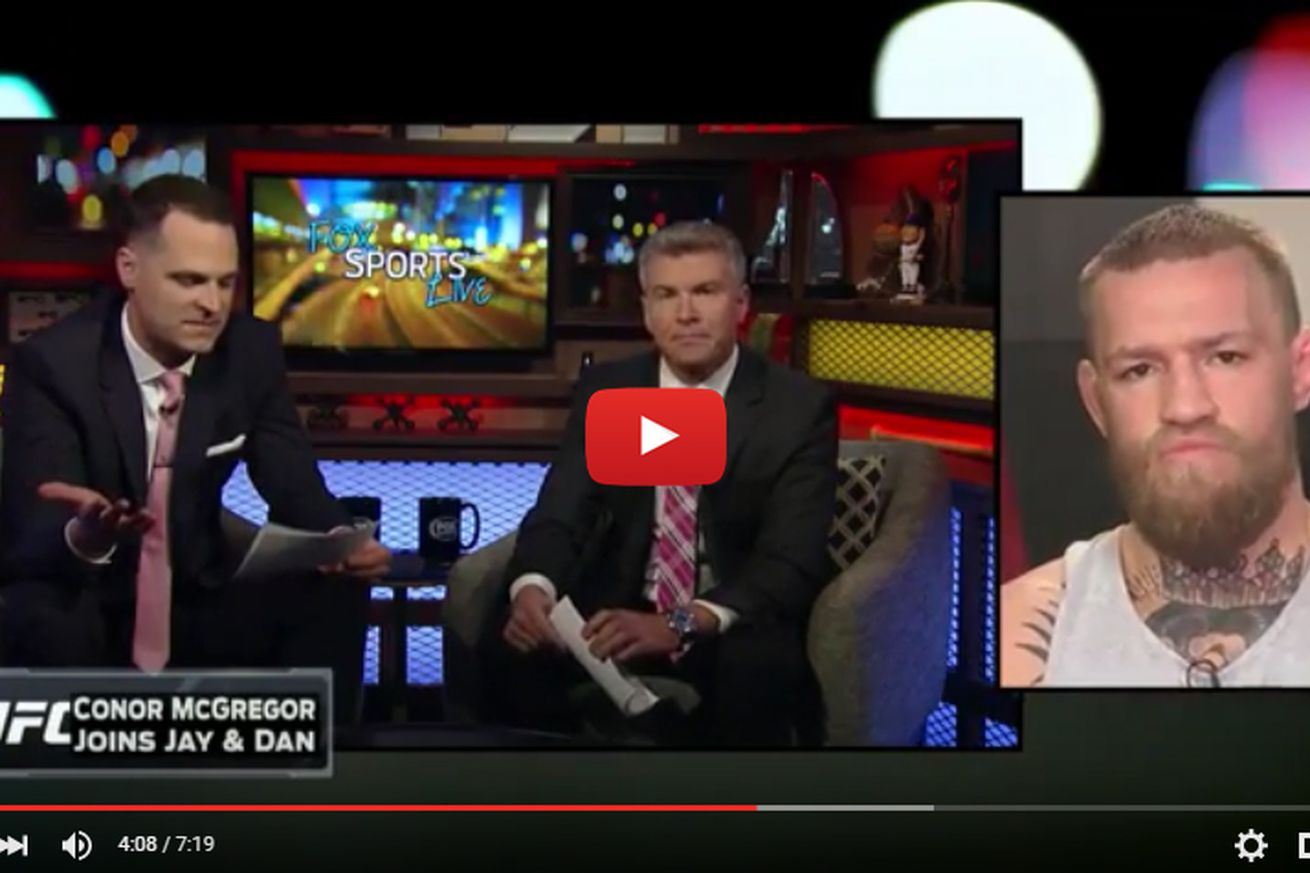 Well, according to division rival Frankie Edgar, who doesn’t appreciate the “circus” his sport has become, the “C” in UFC stands for “Conor.” Something “Notorious” echoed during his recent appearance with Jay Onrait and Dan O’Toole on FOX Sports Live.

Onrait: “Do you think you’re more powerful than anyone in the sport right now, including Dana White?”

Careful, we don’t want to start a rift.

For much more on that upcoming welterweight brawl click here.