Home MMA News Future world! Is it too soon to be talking about UFC in 2016?
ShareTweet 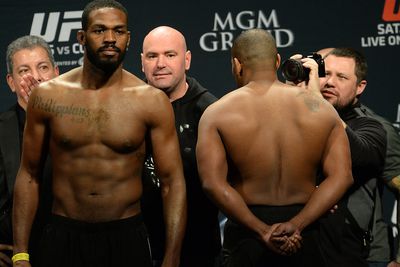 What a long, strange trip it’s been.

I’m referring, of course, to the 2015 fight campaign from Ultimate Fighting Championship (UFC). Let’s face it, had you told me back in January that Jon Jones, Cain Velasquez, and Ronda Rousey would no longer be division champions by the end of the year, I probably would have laughed.

Who knows, by the time the clock strikes midnight later tonight, Jose Aldo may no longer be UFC featherweight champion. If he is, then the promotion has lost one of its most marketable stars in “Notorious” Irish sensation Conor McGregor.

That sounds like a tough pill to swallow for the world’s largest mixed martial arts (MMA) promotion.

In actuality, a wacky 2015 sets up a profitable 2016. Nobody cared about Ronda Rousey fighting Holly Holm at UFC 193 because most fans — present company included — were expecting “Rowdy” to cruise to victory by way of first-round submission.

Instead, she got KTFO.

Considering her star power, you can imagine what kind of return the pay-per-view (PPV) numbers will have when they eventually rematch next July. The same can be said for Velasquez, who was upset (and finished) by Werdum at UFC 188 and gets his shot at redemption in February.

He lost his title to Johnny Law, but will have to defeat Daniel Cormier — again — to reclaim the crown. There isn’t much buzz ahead of that do-over, but the sooner “Bones” can clean out his division, the sooner he can move up to heavyweight and wreck shop.

He certainly looks the part.

As far as I’m concerned, once the betting lines for a particular fight are ….View full article