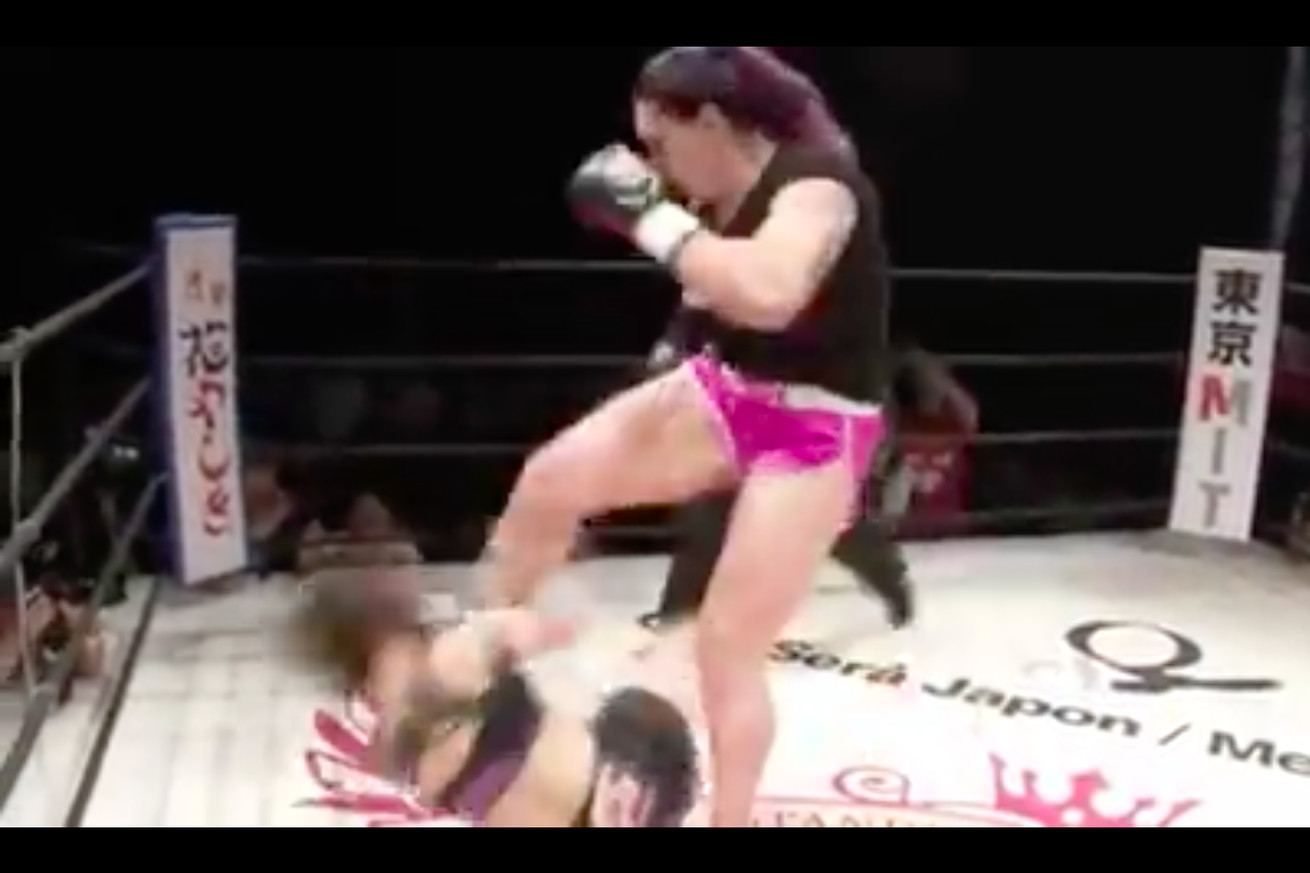 The jiu-jitsu phenom turned MMA fighter made her debut under Shootboxing rules on Friday in Japan, facing 45-year-old bantamweight Megumi Yabushita at S-Cup 2017, but the bout had no winner.

Garcia started landing good body kicks, and followed up with an illegal kick after hurting Yabushita. The referee gave the Brazilian a warning, but it seems that she couldn’t understand what he was saying.

Seconds later, Garcia dropped Yabushita with a right hand and landed an illegal soccer kick. Yabushita couldn’t return, and referee declared the bout a no-contest after giving the Brazilian a red card.

Garcia will return to action on July 30, taking on Oksana Gagloeva under the RIZIN banner in a MMA fight.